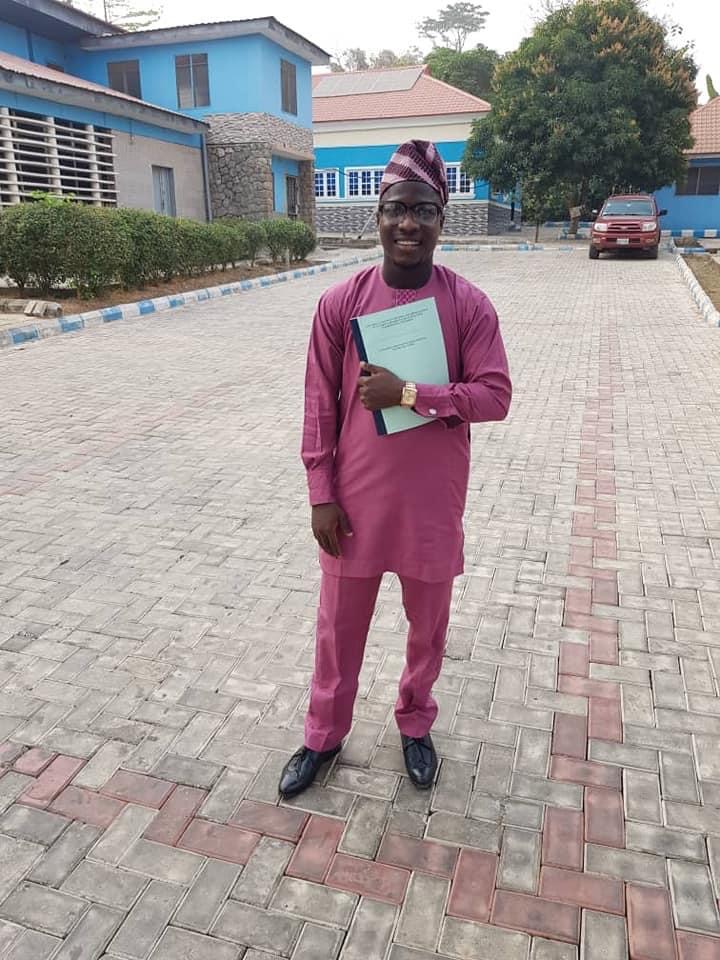 On last Wednesday Perspectives with Akeem Kareem on Fresh FM, Ibadan, the publicity secretary of the ruling People’s Democratic Party (PDP) in Oyo State, Engr Akeem Olatunji made untrue claims as regards the security status of the Pacesetter State as opposed to the true state of insecurity vis-a-vis thuggery, hooliganism, killlings and all sort of social disorders as admitted in recent time by Governor Seyi Makinde.

It is in this light that the public need not be misinformed by the realities that has befallen us as a state, courtesy the Seyi Makinde led administration. Unlike the yesteryears of peace and safe environment where economic activities were booming, the state is now a shadow of its former self; an haven for criminal elements.

In a recent ranking released by a renowned outfit for verifiable data; StatiSense, Oyo state ranked 11th in the Top 12th States with ‘Most Deaths’ in 6 months between January and June 2021.

Indeed, Engr Olatunji is deluded and not conversant with current realities the masses are faced with; one needs no wonder why the governor once exited officiall PDP WhatsApp platform being hosted by administered this same personality.

In another development of recent, Mr. Governor tries to justify the spark of insecurity in the state “Our policies attracts more people and businesses, this comes with its own challenges’ I think the governor needs to learn from the workings of his predecessor on how insecurity and order social vices were tamed despite the astronomical development in infrastructure and economic well being. Or should we then say that the current administration has run out of ideas in discharging her number one duty in the state? He further said ‘Security is our collective responsibility. It is not just for the government or the governor alone. Everybody needs to come onboard and play their part’.

However, several calls by stakeholders to rescue the situation has fallen on deaf ears of this administration. We would recall that a former governor Adebayo Alao-Akala, sometimes in January advised Gov. Seyi Makinde to convene a council of state meeting to brainstorm on the security challenges facing the state.

At another instance a former governorship candidate of the African Democratic Congress (ADC) in the 2019 elections, Senator Olufemi Lanlehin, have also aired his voice over the security challenges rocking the state.

Senator Lanlehin, in a statement released few months ago, accused Governor Makinde of handling security challenges in Oyo State with levity. In his words: “I have observed, with deep concern, the rising wave of insecurity in Oyo State, advertised in the increasing cases of murder, armed robberies, kidnappings and all sorts of criminal activities, that have now become almost a daily occurrence. It appears Oyo State is descending into the Hobbesian state of nature where life is ‘nasty, brutish and short”.

It is obvious that this administration led by the PDP is handling security challenges in the state with negligence “which forced Sunday Igboho, an acclaimed activist to take laws into his hands by evicting herders in Ibarapa axis of the state”. He added

“From Ibadan to Oyo, Ogbomoso to Oke-Ogun, and then Ibarapa, nowhere can be labelled safe and peaceful, presently in the state. More baffling, is Governor Seyi Makinde’s inept handling of the entire situation, particularly his laid-back, reactive and indecisive approach to tackling the most basic of challenges his administration can ever face.

The death of Rahmon at Iwo Road is still fresh in the hearts of family, friends and relations of the deceased and not leaving the masses altogether. It’s unfortunate that the government had an appointee of his fingered in the killings and looting.

What about the Ogbomoso teenage girl whose head was crushed by a member of Oyo State Park Manegement System?

The question is what has happened to those accused of the aforementioned anomalies? Things are now back to normal as if nothing really happened. No wonder; The one who empower the convict, murdered peace.

The most painful thing is that PDP government has not shown empathy with the victims of rape, kidnappings, murder, farmland destruction and other heinous crimes allegedly perpetrated by some criminal elements within the populace.

Its high time the government of the day took the bull by the horn and approach the issues of insecurity holistically and justify the N1b monthly security vote. President Muhammadu Buhari has affirmed that the governors campaigned to be voted into office and should not expect someone else to do their jobs for them.

Previous Posts OSINBAJO TO NIGERIA’S OLYMPICS TEAM: “YOU STAND ON THE SHOULDERS OF GIANTS”
Next Posts SANWO-OLU MOURNS SOUND SULTAN