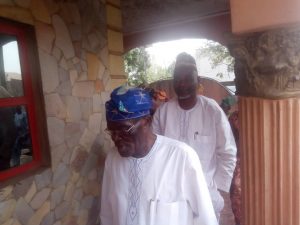 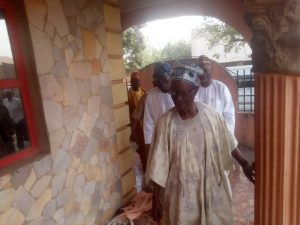 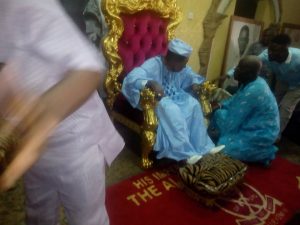 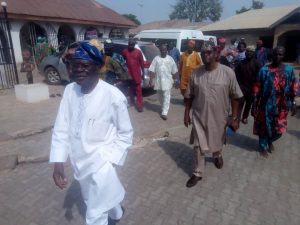 The chairman of the All Progressives Congress in Oyo State, Chief Akin Oke, has paid a sympathy visit to the Alaafin of Oyo, Oba Lamidi Olayiwola Adeyemi lll, over the recent fire disaster which ravaged the popular Akesan market in the ancient town.

Chief Oke, who led the entire State Executive Committee members as well as leaders and chieftains of the APC from across the state, expressed his sadness over the magnitude of economic losses caused by the fire incident as he described it as “one fire, too many”.

His words; “Kabiyesi, we woke up to receive the piece of information on the unfortunate fire outbreak in the early hours of last Saturday through the social media platforms and it was as if the whole of Oyo State was on fire. Sad enough, efforts to mobilize support to stop the inferno could not yield the desired results as lives, properties and other resources were lost in the process.

“Akesan market, just like Oyo Alaafin, is a heritage of the Yoruba as its significance extends beyond the value it adds to the nation’s economy. Therefore, any unpleasant happening such as this is not desirable. As a progressive Party which draws a great percentage of its inspiration from the institution of Alaafin of Oyo, we are particularly saddened by this development.

“We sympathize with Kabiyesi, the Oyomesi, all victims of the fire incident as well as all sons and daughters of Yorubaland. I am using this opportunity to inform our people that our representatives in Abuja are working seriously to facilitate necessary intervention from the federal government and soonest, we shall have good reasons to smile.

“However, we are using this avenue to call for concerted efforts on the part of key stakeholders to ensure swift and appropriate response from relevant quarters as it concerns prevention and management of avoidable disasters. We pray God Almighty to prevent future occurrence and provide lasting succour to all the victims (including the family members of those who lost their lives).” Oke stated.
In his response, Oba Adeyemi thanked the leadership of Oyo APC for the visit. He went down the memory lane to explain the historical background of the burnt market which, according to him, had never suffered such fate. The Paramount Ruler then used the opportunity to make an appeal for the return of the management of significant monuments such as Akesan Market to the Palace.
On hand to receive the Oyo APC team were; The Oyomesis, Oyo High Chiefs, Bishop Ayo Ladigbolu, notable traditional rulers from Oke-Ogun and Ibarapa areas of the state while party dignitaries in attendance included; Chief ‘Lekan Adeyemo, Hon. Mojeed Olaoya, Chief S. M Akindele, Alhaji Abdulrasaq Arikeuyo, Chief Ayo Ojebode, Alh. Moruf Lamolo, Mrs Mabel Williams, Apostle Ezekiel Olaogun among others.

Previous Posts A case of One Advisory Council Chair, Too Many
Next Posts Five Female Secondary Students Rape Biology Teacher To Coma.