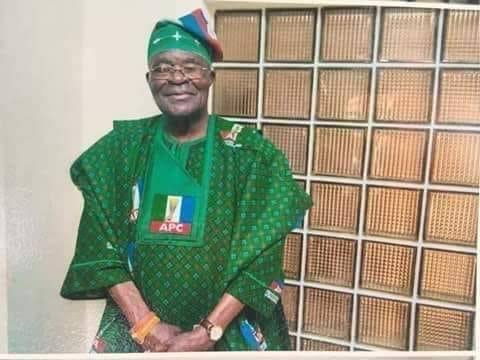 Chief Akin Oke,the Chairman of the All Progressives Party (APC)  has disclosed that all seven zonal leaders have confirmed their nominees to fill positions in the state executive committee of the party, as directed by the National Secretariat of the party.

Chief Oke who addressed the press after a meeting between him, the zonal leaders and former Deputy Governor Moses Alake Adeyemo at the party secretariat disclosed that with the exercise,Oyo State has resolved the differences in the party executive committee and will await further directives from the National Secretariat of the party.

Chief Oke who addressed the absence of former Governor Alao Akala at the meeting disclosed that Akala was invited twice to the meeting but he absented himself on the two occasions. He said that when Akala refused to attend the meeting earlier fixed for Tuesday, he led the seven zonal leaders to his residence in Bodija but the former Governor locked his gate after them.

He said it was  after the experience that the National Secretariat of the party held a telephone conversation with him and Chief Akala where it was agreed that they should hold another meeting at the party secretariat.

He explained that in spite of Akala’s position however,all  seven zonal leaders of the party had affirmed the list from their respective zones.

Speaking on reports that an Appeal Committee attended the meeting held at Otunba Akala’s residence,he disclosed that the protocol is that officials from the party secretariat on assignment to a state will report to the party secretariat in the state( this was the case during the Ward,LG and State Congresses). He said no one reported to him. ” It is the duty of the State chapter to provide accommodation,transport and logistics for anyone or team coming g to a state for assignment as was done during the ward, lg and state congresses and elections, they will also host a stakeholders meeting ahead of such exercise. In the absence of all thus, it is clear that there was no such mandate from the National Secretariat.