APC REGISTRATION EXERCISE IN OYO STATE IS HITCH FREE, BWARI EXPRESSES DELIGHT AT THE LEVEL OF FRIENDSHIP AMONG STAKEHOLDERS

APC REGISTRATION EXERCISE IN OYO STATE IS HITCH FREE, BWARI EXPRESSES DELIGHT AT THE LEVEL OF FRIENDSHIP AMONG STAKEHOLDERS 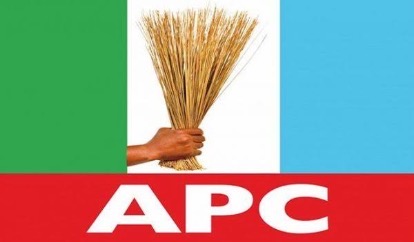 The Chairman of the All Progressives Congress (APC) Membership Revalidation and Registration Exercise
Committee for Oyo State, Hon. Abubakar Bawa Bwari today expressed satisfaction over the degree of
friendship and brotherhood existing among the stakeholders of the party in the state saying that the
exercise has remained satisfactory and hitch free.

Speaking at the take off of the training program for the various levels of registration supervisors at the
APC State Secretariat in Oke Ado Ibadan, Hon. Bwari said that he was profoundly impressed with the
level of cooperation and speed with which issues are being resolved among the leaders of APC in Oyo state.

So far, the Chairman who is the immediate past Minister of Mines and Steel Development disclosed that
the exercise has not recorded any hitch and was optimistic that the registration exercise in Oyo State would eventually be a model for other states and a point of reference in future exercises.

Apparently referring to a publication in an online portal falsely claiming of division among the top leaders of APC on the ongoing registration exercise, the soft spoken former House of Representatives Chief Whip said: we are proud of the friendship existing among the stakeholders of APC in this pace
setter state. I am highly convinced that our party will regain Oyo State in 2023. I can see that the process of winning the state in 2023 has already begun”.

An online portal had earlier in the day reported a non existence crisis in the registration exercise alleging
that the Senators from the state had hijacked the registration exercise.
The committee Chairman supported by its Secretary ,Barrister Yakubu Bashiru and a veteran journalist and member of the committee Mallam Ahmed Sajoh in the comprehensive training explained the various processes of the exercise as well as the obligations and responsibilities of the supervisors which he said must be observed strictly.

Specifically, Alhaji Bawa Bwari admonished the supervisors at the various levels to avoid discrimination
and exclusion and that they “ must be responsible and respectful in their dealings with prospective party
members. Other members of the committee at the training session were Muhamed Badru Umar, Hon. Farludeen
Arebi, Mallam Abdulsalam Omade and Hon. Chris Wigwe.

Earlier in his welcome address, the acting Chairman of the party for Oyo State, Chief Akin Oke urged the
trainees to be attentive and make the best of the training for them to pass the knowledge effectively to the other layers of supervisors. Chie Akin Oke stayed attentively throughout the training session which was attended by all the 66 statutory supervisors from the 33 local government of the state.