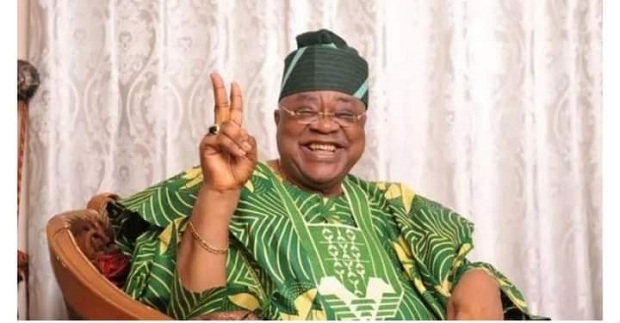 All Progressives Congress National Leader, Asiwaju Bola Tinubu, has expressed deep sadness over the passing of former Oyo State governor, Otunba Adebayo Alao-Akala, saying he would sorely be missed by the people of Ogbomoso, Oyo State and the All Progressives Congress.
In a condolence statement by his Media Office signed by Mr. Tunde Rahman, Asiwaju Tinubu said: “I received the news of the passing of former governor of Oyo State, Otunba Alao-Akala, with shock and deep sadness.
“Coming a month after the death of Soun of Ogbomoso, Oba Jimoh Oyewumi, the loss of Alao- Akala, another eminent son of Ogbomoso and Oyo State, is disheartening.
“Alao-Akala was a leader and prominent politician who did his best not only for his Ogbomoso-hometown, but also Oyo State and Nigeria.
“He served the country meritoriously in the police force, rising to the top of the ladder before venturing into politics. As governor of Oyo State, he contributed his quota to the development of the state and tried to enhance the welfare of the people.
“Alao-Akala passed on when the state and particularly our All Progressives Congress needed his services. His wisdom and experience were required to help resolve the leadership crisis in the state and wield the party together once again.
“My prayer is that Almighty Allah comfort his family, relations and associates and the people of Ogbomoso and Oyo State for they have all lost a fine man. May He also accept his soul and rest him in Aljannatul Firdaus. Amin.”
Tinubu Media Office,
Tunde Rahman,
January 12, 2022.