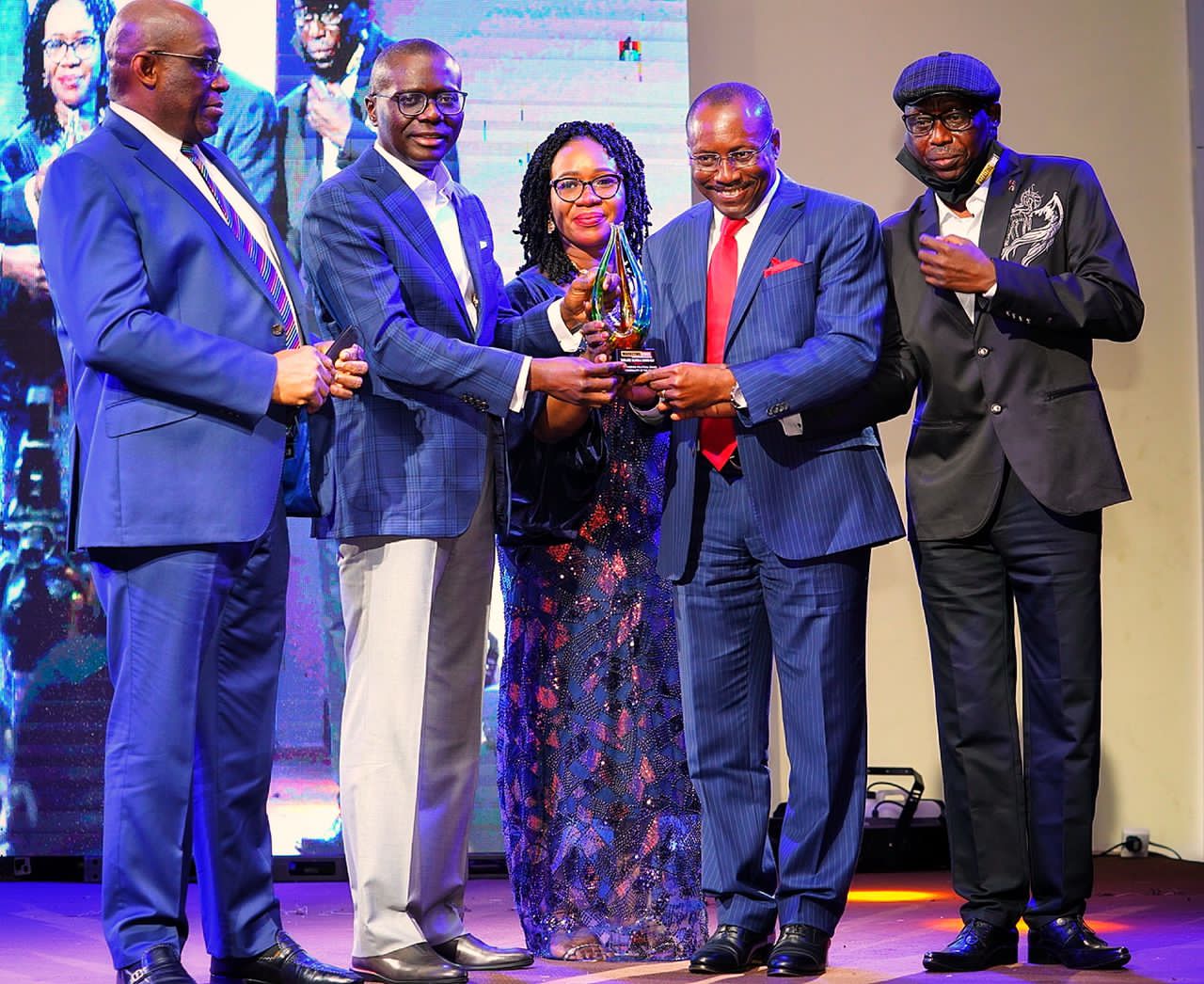 It’s another harvest of honours for the Lagos State helmsman – Mr. Babajide Sanwo-Olu. Veterans in the Brands and Advertising industry named the Governor as Outstanding Political Brand Icon of the Year in recognition of his exceptional leadership ability and managerial excellence he usually brings to bear in turning around challenging crisis to opportunities.

The recognition also acknowledged the administration’s emotional connection with the electorate, who, from the brand and marketing perspective, are the target audience.

Sanwo-Olu received the prestigious prize at the 8th Marketing Stakeholders’ Summit held at the weekend at D’Podium International Event Centre in Ikeja, where industry practitioners across the country gathered to celebrate the Governor.

The event, with the theme: “Rethinking the Blue Ocean Strategy in Uncertain Times”, was organised by Marketing EDGE, a brand-focused magazine.

Members of the State’s Executive Council and those of All Progressives Congress (APC) led by the party’s chairman in Lagos, Hon. Tunde Balogun, joined the Governor to receive the award.

Sanwo-Olu, who is also named Marketing Ambassador, pledged his commitment to the growth of the profession by sustaining the State’s investment in requisite infrastructure that would create a resilient economy and city in which the Brand and Advertising industry would thrive.

The Governor acknowledged the transformation recorded in the industry, which, he said, has been occasioned by injection of funds into the creative sector to support the growth of local advertisers. The outcome, he noted, has ended the period when practitioners needed to fly to Cape Town, Durban and Johannesburg in South Africa before shooting good television commercials for their clients.

“The story has continued to change with improvement and global visibility. Let me assure you, it can only get better from here. The infrastructure we are creating are gradually giving you the scenic settings you require for great Television Commercials that can earn more prestigious laurels from across the world.”

Sanwo-Olu told the gathering that his administration was not unaware of the greater impact which a flourishing creative sector and advanced technology would have on the growth of brands, stressing that his Government was currently supporting thousands of youths in the creative sector in order to boost capacity and knowledge.

He added that 3,000 metro fibre optics being rolled out across the State would also boost quality of the output in the Brand and Marketing industry when the fast Internet infrastructure is launched.

“All of these are to let you know that my administration is a part of the marketing and marketing communications family. I know the importance of the industry and I am committed to its continued growth. That is the reason we are building a resilient and livable city that you and your clients will someday be proud of,” Sanwo-Olu said.

The Governor said Lagos had benefited immensely from the ingenuity and knowledge of brand and advertising practitioners, recalling some of the strategic counsel he received from industry professionals during the trying days of his administration.

Sanwo-Olu expressed his gratitude to the industry practitioners for founding him worthy of the honour and promised he would always rely on the expertise in the industry to achieve his goals as the Chief Marketing Officer of Lagos State.

Earlier, the publisher of Marketing EDGE, Mr. John Ajayi, said the summit had evolved over the years to become a brand on its own. Those honoured at the event, he said, were assessed and confirmed to be change agents promoting future-fit businesses in the age of new normal.