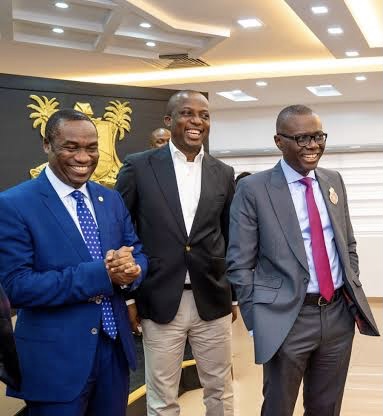 Since he came on board the Lagos state ship, Governor Babajide Sanwo-Olu has been nothing but a visionary with his eyes trained on the realisation of a ‘Greater Lagos.’ In truth, Sanwo-Olu has not shamed those that shed sweat, blood, and relatives and friends for his sake in 2019. If he continues like this, four years will go by in no time, and a second tenure would be in order.

Rebuke Governor Babajide Sanwo-Olu for taking things in a slow, methodological way, but speak no evil of his team and the merits they have racked up so far. Say that he remains in the middle of political interests and machinations but leave his contributions to education out of it.

The Sanwo-Olu administration appears to have a soft spot for human development, with infrastructure development coming as a close second. The most recent evidence of this is the launch of the Eko Digital Initiative. This is a platform that emerged from the visions of Sanwo-Olu and the efforts of the Office of the Special Adviser to the Governor on Education, Tokunbo Wahab. Eko Digital is Sanwo-Olu’s initiative to assist primary and secondary students in their learning and train them to be relevant during and after their academic journey. Thus, Eko Digital leverages modern technologies to provide options for students learning from the comfort of homes. His digital revolution in education also includes digitalisation of school libraries through the office of the special adviser on education… and as at the last count in less than two years of his government, over 120 schools across the state have been given a new library with computerised systems to prepare them for the IT revolution.

Ahead of his peers, Sanwo-Olu’s Eko Digital Initiative is coming at a time when secondary and tertiary students have begun to realise the gap between the speculations of their classroom teachers and the real world. Given time and no practical step taken to salvage what is left of students’ trust, the future would be bleak and beyond hopeless. With Eko Digital, however, students will have boundless opportunities to master relevant skills that are in high demand everywhere and reach their true potential.

Previous Posts Gbajabiamila: we must weed out bad eggs in police
Next Posts VP DONS YOUNG NIGERIAN SHOEMAKER'S SANDALS AFTER TWEETING & VISITS TO THE PRESIDENTIAL VILLA