• Expresses worry over killings, general insecurity in the country 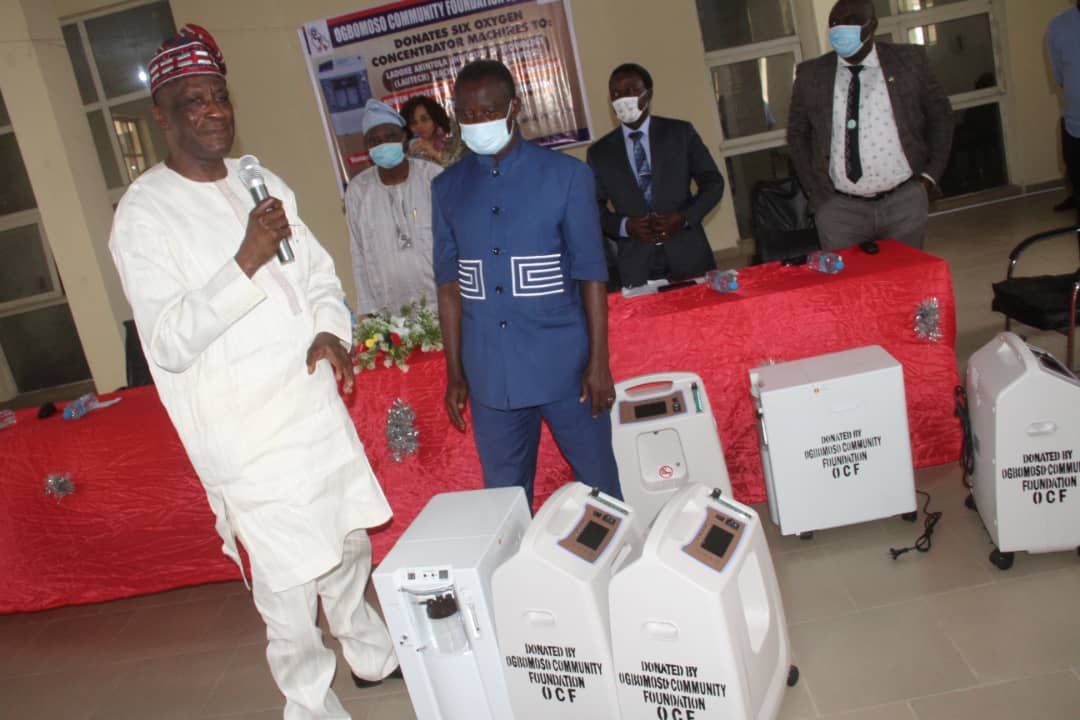 The current pandemic currently ravaging Nigeria and the world has shown the inadequacies in health care deliveries in many countries of the world.

This was the verdict of former military governor of Oyo and Ogun States, Maj-General Oladayo Popoola (rtd) while speaking at the donation of Oxygen Concentrator machines to LadokeAkintola University of Technology Teaching Hospital (LAUTECHTH), Bowen University Teaching Hospital (BUTH) and State Hospital, Ogbomoso by the Ogbomoso Community Foundation (OCF), at the weekend. 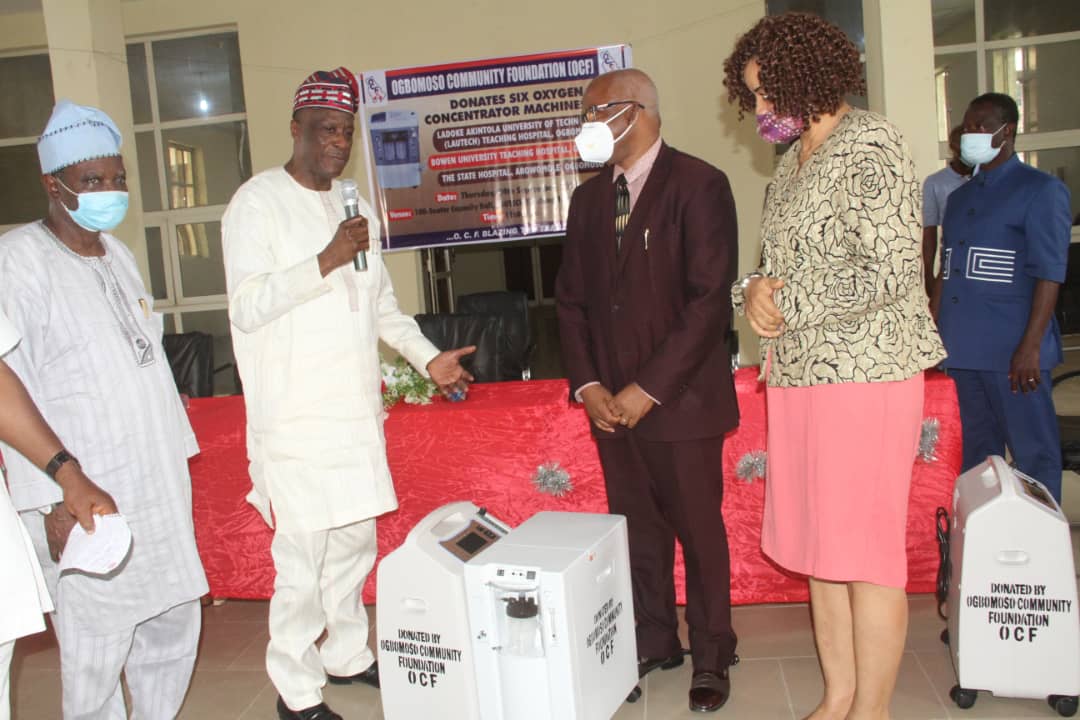 The retired military General who is also the leader of OCF said the current situation has further affirmed the fact that government alone cannot shoulder the responsibility of providing health care delivery to the entire populace adding that it was this that motivated OCF to seek partnership with willing indigenes to lend , “ a helping to the government in improving health care delivery” with the donation of the Oxygen concentrators.

The former military administrator further took a swipe at those agitating for secession, describing the call as unconstitutional.

He advised such groups to join hands with those clamouring for restructuring, which he said could be achieved through peaceful and constitutional means.

General Popoola expressed sadness at the current security situation in the country which  has led to the shedding of innocent bloods in different parts of the country, he therefore called on government at all levels to do more in making the country safer.

He said with the imminent celebration of the country’s 60thindependence anniversary, Nigerians should dissipate energies on factors that would unite the country than issues of division and anarchy.

“As we are planning the 60th anniversary of the country, we should stop talking of secession, it is unconstitutional. I support restructuring of the country which can be achieved without bloodletting. It pays all of us to remain in one indivisible country than being fragmented.

“Those clamouring for secession should ask what has happened to those who broke away from the Soviet Union, have they fared better now. The example is all over the Europe. Let’s look at those areas causing disharmony and readjust instead of breaking up”.