Dogara and the verdict of the Church. By Yakubu Dati 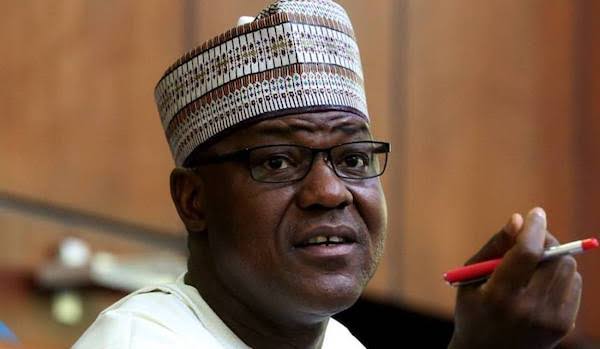 Dogara and the verdict of the Church.

Former Speaker of the House of Representatives, Rt. Hon. Yakubu Dogara was at it again in the attempt to, for the umpteenth time, drag the church into his nefarious kind of politics until he was exposed and rebuffed at the highest level!

Dogara, had few days ago, invaded the Extraordinary General Church Council (GCC) of the Evangelical Church Wining All (ECWA) Church on 17th January 2023 and after the event sponsored some “mischievous and malicious publications” by certain sections of the media to twist the narrative per what transpired at the Council.

But for the vigilance of the ECWA Church which quickly read into his mischief and quickly issued a statement countering the claim by Dogara, claiming that the Church is about endorsing a candidate in the next presidential elections, many would have been misled into believing that ECWA is about to jettison the fine principles of objectivity and fairness which it is known for, to line up behind Dogara’s partisanship and misconceived political choice.

Rather than what Dogara caused to be reported, the Council held successfully and had deliberated on propagating the gospel of Christ with emphasises on soul winning and did not at any time make the endorsement of a presidential candidate for 2023 an issue.

But because Dogara was at the venue for political gains and not for soul winning, he caused a statement to be issued to support his political bias and worst of all, attempted to brand the President of ECWA church, Dr Stephen Baba Panyam as sympathetic to his political sojourn.

Though the statement did not mention a particular candidate, but the suggestive manner it left the issue hanging is a clever way of trying to demarket other parties and their candidates and to make ECWA appear as supporting the PDP candidate.

But in a strongly worded statement, issued by its PRO Rev. Romanus Ebenwokodi, the Church disowned the misleading publications and reprimanded those behind the publications to desist forthwith with their falsehood.

The statement reads in part: “The General Church Council wishes to state that at no time did it make the alluded resolution, neither did the President at any time during the proceedings of the Council make the statement credited to him by the newspapers in question.”

The statement further stated that “ECWA as a denomination has its members across all political parties and the leadership of ECWA respects that.

“Therefore, we need the teaming members of ECWA, the Church in Nigeria, and the general public to understand that the said publications are ABSOLUTE FALSEHOOD that have never been contemplated, and are meant to cause unnecessary tension that is capable of dragging the good name of ECWA to the mud.”

Dogara’s precedence in the current political dispensation has been to attack either directly or indirectly other political parties on the basis of religion and to hoodwink unsuspecting organisations into believing he is fighting a religious cause.

Always goaded by self interest, Dogara was to abandon the party that brought him to national prominence when he teamed up with others to defect to the PDP without relinquishing the seat of the Speaker to the majority party in the House.

Even after defecting to the PDP, he shamelessly wanted to bid for the position of speaker again until his plan was exposed and he was forced to beat a hasty retreat.

His betrayal of the party that helped his politics and alliance with the opposition parties in his state of Bauchi made the APC to lose the state in the governorship elections.

Despite all these evidences of betrayal, the APC still allowed him to come back to its fold thinking he has finally seen the light until it became glaring that Dogara’s only interest was to pursue a personal ambition of being appointed running mate to the Southern candidate that may emerge from the APC primary.

When Tinubu emerged successful, Dogara’s hope of coveting the position increased based on his calculations that he remains one of the northern Christians in the APC likely to be considered for the position.

Immediately the APC presidential candidate decided on the former governor Borno State, Senator Kashim Shettima however, hell was let loose and Dogara went into a fury labelling the APC as antagonistic to a particular faith

He was soon to part ways with his co-traveller in the politics of religion, the former Secretary to the Government of the Federation, David Babachir Lawal,, who pitched his tent with the Labour party presidential candidate, Mr. Peter Obi while Dogara queued up behind Atiku.

They had attempted to recruit CAN into their political journey but were rebuffed by the latter which later saw through the selfish intentions of the duo.

Dogara had also attempted to manipulate Northern Christians into believing he was fighting their cause until they found out that he was only fighting for his ambition of becoming vice president.

While in APC, he aligned with Presidential aspirants of other faiths against Christians aspirants that included Pastor Yemi Osinbajo, Rotimi Amaechi and others but following his failed bid for vice presidency to Asiwaju, he resorted religious blackmail.

Having failed in the bid to drag CAN into his politics or instigate ethnic and religious crisis in Nigeria, Dogara it seems has not giving up on dragging the church to disrepute for his political ambition as his latest gambit with ECWA has shown.

This is my advice to Dogara. Nigeria is beyond him and his ambition. The country will not collapse simply because he failed to become the running mate of the candidate to beat in the next Presidential elections.

Instead of always focussing on himself, Dogara for once should try to think of the general interest of others.

He may wish to borrow a leaf from Governor Simon who though being the most qualified over and above Dogara and Babachir for the running mate position, he did not take umbrage or throw tantrums when the party decided on Kashim Shettima as running mate.

As a true party man and patriotic Nigerian, he subjugated his interest under that of the party and respected what will be the choice of Nigerians and for his selflessness, he was invited to come and head the APC Presidential Campaign Council.

It is no secret that Lalong’s objective approach has contributed in giving other perspectives to the APC ticket and today people are beginning to see issues rather than sentiments in the campaign .

Fortunately, CAN, Northern Christians and ECWA have all shown that they cannot be used by Dogara and this should serve as a lesson to him and others who want to use the church for political gains to desist from doing so.

A word is enough for the wise.

Previous Posts IYIOLA OMISORE; THE EXPLOITS OF AN UNSUNG SCHOLAR*
Next Posts Adelabu, Accord candidate flags off governorship campaign in Ogbomoso Wednesday