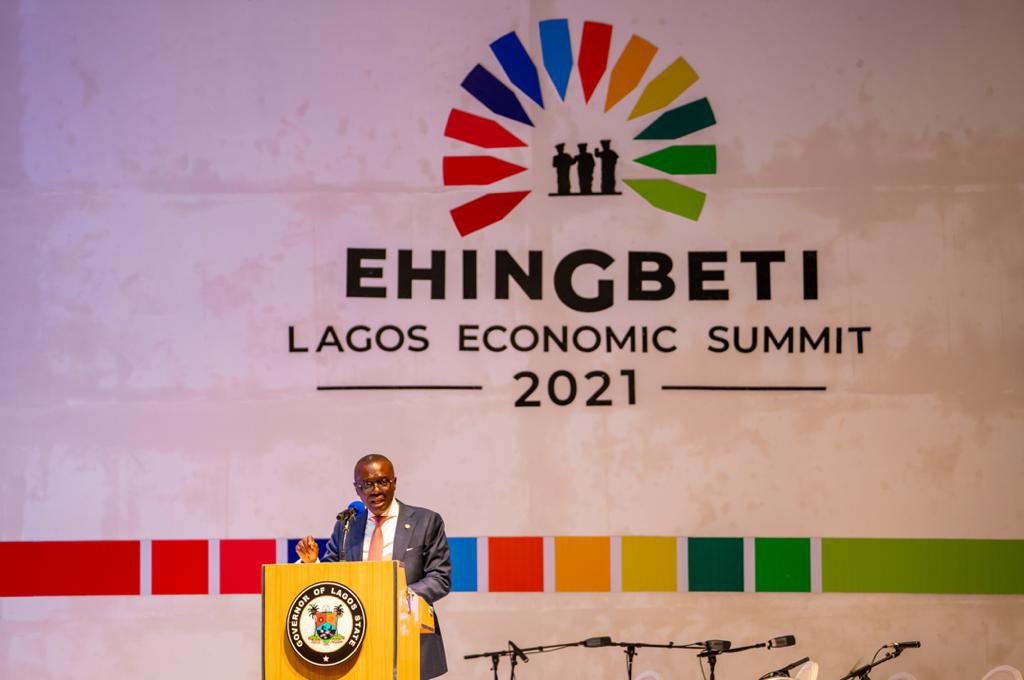 The just concluded Ehingbeti 2021, the Lagos yearly economic summit, as its previous peers, has not only earned its place as a key driver of the development aspirations of the famed Centre of the Excellence, it is also emerging as an active player, in the global development calendar. The theme of Ehingbeti 2021: “For a Greater Lagos: Setting the tone for the next decade”.

This year’s summit is remarkable in several respects. It is coming against the backdrop of a ravaging global pandemic and the challenges of economic meltdown that came with it.

It is also coming in the wake of the EndSARS protests and the wave of destruction which attended it; and which is said would require N1 trillion to fix. Also, noteworthy is that it is coming after a four-year hiatus: it was suspended, by the Akinwunmi Ambode administration, from 2015 to 2019.

Clearly, its growing profile, over the years, is a bold attestation to how much the private sector has bought into the idea, birthed in 2000, by the Bola Ahmed Tinubu administration.  That it has, since inception, also enjoyed public sector support by the Presidency, the various Ministries, Departments and Agencies (MDAs) of the Federal Government, is evidence of the good thinking behind it.  It is also a template for federal-state collaboration over crucial development matters.

Moreover, that it is being brought back at this time would underscore how much premium the Babajide Sanwo-Olu administration places on the platform, as a veritable mechanism for engaging every  critical player in the Lagos Project, to introspect on the policy choices, identify the gaps where they exist, showcase what the state government has been doing, and project what it expects of foreign investors and development partners, in its avowed mission to take the state to the next level.

This broad collaboration is borne of the recognition that Lagos deserves the best, in terms of the ideas that drive its governance.  But it also underscores the imperative of the state to harness the richness of its diversity for the common good, through active collaboration between the private and the public sectors.

We commend the Sanwo-Olu administration for bringing back the summit and also for its keen understanding of the need to foster the culture of planning, and of continuity — a major bane of successive administration, particularly at the centre; but something to which Lagos has had the good fortune of being a model exception.

Ehigbeti, with its exchange of premium ideas, explains why the state remains a clear leader in innovation – the best city in startups in Africa; and second, out of 36 states and Abuja, in starting a business, in the Doing Business Ranking 2018.

Clearly, if the summit comes as a restatement of the state’s smart-city aspirations, with matching First World infrastructure, it is also in the context of its recognition of the challenges ahead; and the need to draw strength from the private sector and international finance capital, that Ehingbeti continues to find supreme relevance.

As always, the challenge is how to translate the resolutions from the summit into concrete deliverables. However, if past experience offers any guide, it is the fact that successive Lagos administrations have never been shy in confronting big challenges.

Whether it is in the area of the environment or education or physical infrastructure of roads, housing and transportation in which past summits have provided directions, we have seen previous governments rise to the occasion, not just within the limits of the available resources but also in terms of the partnerships available.

We therefore expect the Sanwo-Olu administration to do no less.  In fact, the minimum expectation is for the administration to move swiftly to deliver on its own part.  It is only after that is done that the other key stakeholders can be held to their own promises of partnership.