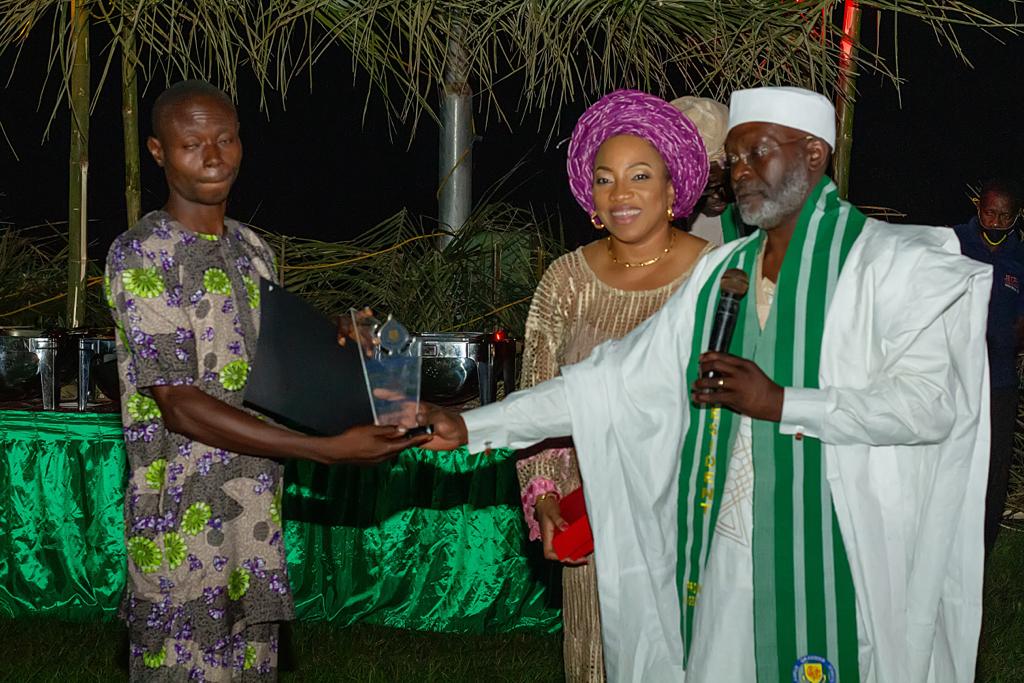 The Old Boys of Lagelu Grammar School one of the foremost indigenous schools in Ibadanland, who passed out in 1981 have rewarded and recognised the school bus driver Mr Sunday Adegboye fondly called “Bros Sunday”, for his dedication, commitment and duty of care while he transported them across Oyo State, Nigeria and West Africa during their tenure as students.

The award and recognition of “Bros Sunday” the late Lagelu Grammar School bus driver was done last weekend at the grand finale of the events marking the fortieth anniversary of the graduation of the 1981 set at the International Institute of Tropical Agriculture (IITA) Ibadan.

Reading the citation for “Bros Sunday” at the Gala and Awards Nite, Mr Deolu Allen stated that “The Lifetime Achievement Award Is bestowed on Mr Sunday Adegboye for his outstanding significance, steadfast service and invaluable contributions to the well being to the students of Lagelu Grammar School”

Presenting the awards plaque and cash gift to the son of the late driver who passed on earlier this year at the age of seventy five years, chairman of the LAGELU 81 set, Mr Yinka Oyinlola stated that the set was recognising the awardee for his service to humanity stressing that it was better late than never.

In his response, son of the late driver who received the post humous award on behalf of his late father, Mr Oludele Adegboye expressed the joy of the family at the award and prayed for God’s blessings over the members of the Lagelu Old Boys Association.

Also specially recognised at the event was a member of Lagelu 81 set Mr Fisayo Bolarinwa who is a school principal. According to Mr Tunde Akinrinmisi’s citation of Mr Bolarinwa, the awardee’s exemplary contribution to the set’s four year human capacity development for current students of the school marked by a steady growth in performance which has manifested in a hundred percent pass rate for Lagelu Grammar School in the 2021 WASC examinations deserved commendation.

One of the major highlights of the 1981 set’s celebration was the annual general meeting, elections and subsequently the hand over of the baton from the Yinka Oyinlola led Exco to the newly elected one led by Koledoye Babalola.

Other activities which marked the fortieth reunion of the 1981 set of Lagelu Grammar School Ibadan included a jumat service, novelty match between the current students and the 81 set, health checks, family picnic and an interactive session with beneficiaries of the set’s extra coaching sessions.