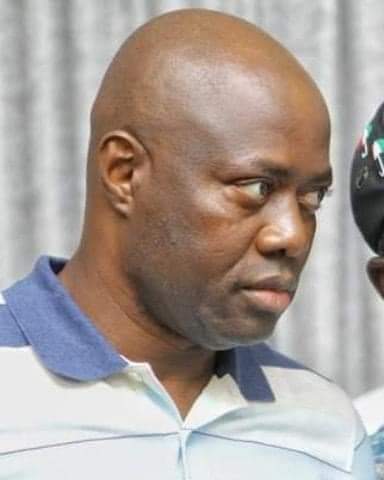 A group of media players within the All Progressives Congress (APC) in Oyo state, The Pacesetter Initiative (TPI), has taken a swipe at Governor Seyi Makinde over his reported trip to the United States of America at a time most parts of the state were faced with some security challenges and social instability.

Although there were no official confirmation on the governor’s overseas trip, impeccable sources have it that he (Makinde) left Nigeria on December 31, 2020 to unite with members of his immediate family who are permanent residents of Houston, Texas in the United States and returned to Nigeria yesterday (Monday).

In a statement issued on Monday and made available to newsmen in Ibadan by the Group’s Coordinator, Hon. Afeez Bolaji Repete, and Director of Organization, Olawale Sadare, TPI frowned at what it called a height of insensitivity and ineptitude on the part of Gov. Makinde who it accused of abandoning his people when they needed him most.

“How can a Chief Executive Officer and Chief Security Officer of an important state like Oyo leave his hapless people to the mercy of hoodlums, kidnappers and other criminal elements in the name of an unofficial foreign trip? And to make the matter worse, the governor sneaked out without doing all that was necessary as laid down in the Constitution of the land.

“Gov. Makinde’s trip to the United States, this time, came at a time his government needed to arrest the surging challenges of insecurity bedevilling virtually every part of the state as residents of Ibadan, Oke-Ogun, Ibarapa, Ogbomoso and Oyo were gnashing their teeth on account of coordinated hoodlum attacks, kidnappings, killings and other organized crimes.

“As a Group of patriots, we could have expressed little or no worries if the situation had not degenerated to the point of ceaseless loss of lives and property in the affected areas. But our independent investigation revealed that those responsible for the crime surge in the state had taken advantage of Gov. Makinde’s poor handling of the security issues since he came on board in 2019 as against what was experienced during the eight year reign of his immediate predecessor, late Senator Abiola Ajimobi.

“The situation took a turn for the worse immediately the governor traveled last month and it became known to the perpetrators of crime that nobody was in the saddle again because Gov. Makinde did not hand over the baton to his deputy as expected.

As a result of this, the PDP administration in the state became leaderless and rudderless since the governor who has been running a one-man show found it appropriate to abandon his duty post at a critical time and without allowing anyone to act in his capacity as necessary for no known reasons.

“It is equally appalling to note that none of those expected to take the bull by the horn and mobilize all the necessary actions to quell the ugly situation are not visible at all.

Only the Chief Press Secretary to the Governor reels out half truths and propaganda to create a fake impression that all is well with the state.

The question in the lips of the people is whether the governor’s blanket ban on all officials of the state to speak up also affect the Speaker and members of the State House of Assembly.” TPI submitted.
In another development, The Pacesetter Initiative (TPI) has also warned the Makinde administration to cancel its alleged plans aimed at silencing members of the public, especially APC faithful, who have been found to be critical of the present administration in the build-up to the 2023 general election.

“We have uncovered plans by the trusted aides and allies of Gov. Makinde to unleash a terror gang populated by members of a faction of the proscribed NURTW in the state who have been decorated as Park Managers and Amotekun officials to hound and attack some identified critics of the state government, especially those belonging to the APC, with a view to silencing them ahead of the next general election. We urge Gov. Makinde to halt such plan which is capable of throwing the state into untold political turmoil and social crisis”. TPI stated.