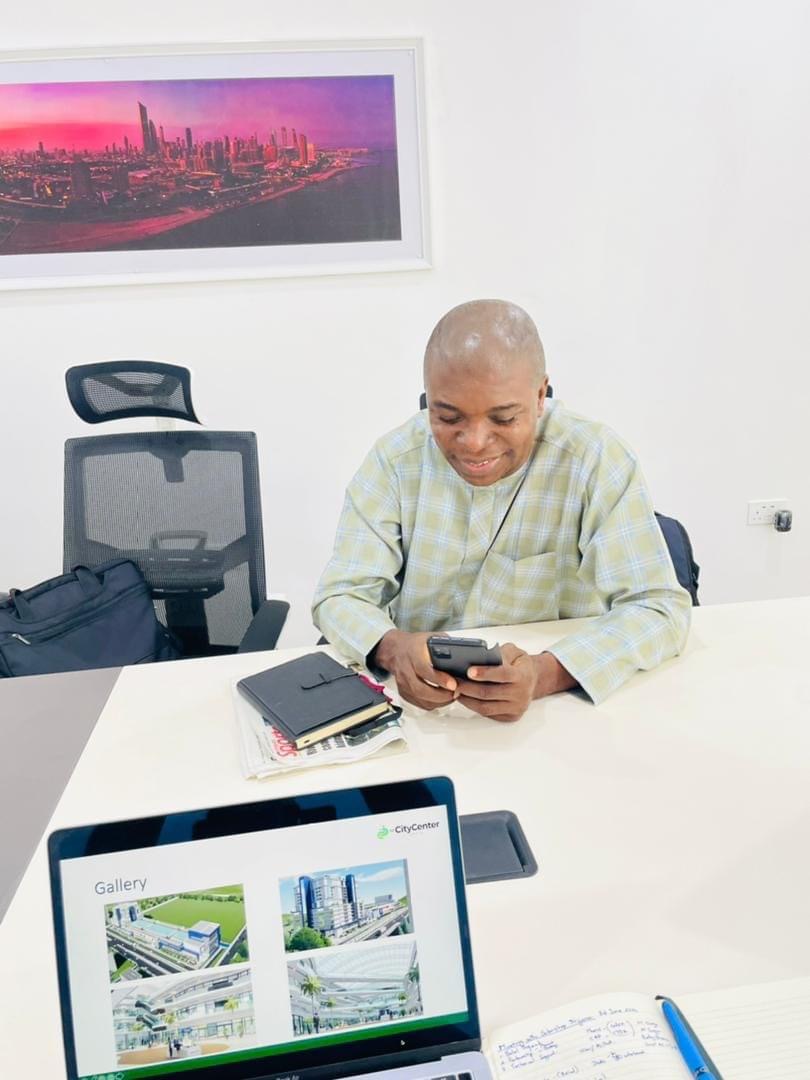 Recent happenings in the political landscape of Osun State are quite disturbing. The simmering war of attrition among the political players in the state is gradually snowballing into a likely conflagration if left unresolved.

It is quite disturbing that the combatants in the opposing camps within the ruling All Progressives Congress (APC) in the state have pitched tents on the plank of entrenched interests. Now the gloves are off and the pugilists are not letting up. The recent crossfire between Mr. Semiu Okanlawon, a former Special Adviser on Media to former Governor Rauf Aregbesola and Dr. Amidu Tadese, a serving commissioner in Osun State is the clearest indication yet that the animosity among erstwhile political soulmates is unabating.

The two principal actors at the centre of the diatribes between Mr. Okanlawon and Dr. Tadese are Governor Oyetola and Ogbeni Aregbesola. To put in proper perspective, the undisguised objective of Mr. Okanlawon in his self-absorbed allegorical piece, where he compared Governor Oyetola with an exuberant elephant that lacked awareness of its environment was to project former Governor Aregbesola as the political rock of Gibraltar under whom Oyetola must seek refuge if he desires to win a second term.

It is no longer a secret that the relationship between the governor and his immediate predecessor has gone sour over what many of the former governor’s supporters describe as Oyetola’s deviation from the “blueprint and vision” put in place by Aregbesola. Mr Okanlawon also made no pretence of Oyetola’s alleged perfidy and egregious Iack of institutional memory as former two-term Chief of Staff to Aregbesola.

This is what is in public space. The undercurrents are more unnerving. There are allegations that certain agreements on the appointments of certain individuals in an Oyetola-led government has allegedly been breached.

Two names are being bandied. First, is Rt. Hon. Najeem Salam, the former Speaker of the Osun House of Assembly, whom Aregbesola’s camp preferred as the Secretary to the State Government and Mr. Fatai Salensile, a former Secretary of Osun State chapter of APC, who was penciled as the CoS to Oyetola. Salensile emerged as the factional Chairman of Osun APC in a parallel Congress organised by Aregbesola’s supporters.

Aregbesola and his implacable supporters consider all of these “infractions” a political harakiri of sorts, which were further made worse by the jettisoning of the past administration’s policies and programmes such as the merging of schools and use of same uniform by all students. I’m yet to understand the notion that a succeeding government of same party must continue with everything the preceding administration did untouched not minding there were lapses and possible mistakes in implementation.

The argument that Oyetola should never have moved an inch away from all that Aregbesola did in office simply because the latter served as his Chief of Staff is akin to taking political mischief beyond the precincts of reason. I still hold the view that Ogbeni Aregbesola did well as governor. His footprints in physical and social infrastructure, especially in construction of roads and mega schools are very visible across the state. Osun State government under Aregbesola was the earliest adopter of the school feeding initiative before the Federal Government under President Muhammadu Buhari adopted it as a national policy under Social Investment Programmes.

However, the jury is still out on his overall management of the state where some of his policies caused social disharmony among adherents of different faith and other critical stakeholders. The school merger and reclassification policy generated needless civil unrest

Worthy of note is the fiscal distress suffered by the state under the former governor. It was another sour mark on his scorecard, in spite of the defence put up by the former governor and his supporters. The debilitating fiscal position of Osun State then was attributed to the global economic crisis occasioned by the drastic fall in the price of crude oil. While this argument cannot be totally discountenanced, fact remains that the fiscal indiscipline of the Aregbesola administration and misalignment of priorities by taking on many grandiose projects at the same time without the financial backup to keep them going, in addition to heavy borrowings at cutthroat interest rates compounded the state’s financial distress. The resultant aftermath was the inability of the state government to meet its financial obligations such that for more than three years, workers were paid modulated salaries, while pensioners suffered untold hardship.

Though it is quite convenient to say Oyetola cannot extricate himself from the alleged failures of the administration he served as the CoS, it must be made clear that in taking critical decisions, the bulk stops on the governor’s table.

Now that he is in the saddle as governor, it is imperative on Oyetola to chart his own cause without getting bogged down or lagging in the shadows of his predecessor. So far, Oyetola has acquitted himself quite creditably. Though publicity-shy, he has brought a different style and temperament to governance. The state’s Iean resources notwithstanding, the governor appears to be delivering on his campaign resources.

Particularly noteworthy, is the giant strides in primary healthcare, a feat that has earned the state commendation from the World Bank and the World Health Organisation (WHO). On roads, the Oyetola-led government is breaking new grounds connecting communities and improving township roads. These are the visible achievements. The soft achievements, which are no less significant, include the prompt payment of workers’ salary and pensioners’ gratuities.

In hearkening to popular demand of the people, Governor Oyetola has returned reclassified schools to their original status and names. He has also abolished the ill-advised policy of use of same uniform by all students in the state.

It goes without saying that Governor Oyetola desires a second term. I strongly believe that he deserves it if his satisfactory performance were to be the sole determinant. Ideally, a former governor and serving minister of Ogbeni Aregbesola’s stature should be a plus to a sitting governor seeking a second term in office. It is more honourable for Ogbeni and his supporters to find accommodation within the party and reconcile with the governor rather than going for broke. The flip side is that Governor Oyetola can dare Team Aregbesola in all-out war if push comes to shove. As things stand, the odds favour Oyetola more as he is in control of the party machinery. The best Team Aregbesola can play is the spoiler’s role by aligning with the opposition. This is not new in Nigeria’s political history.

In Osun State of today, Oyetola can actually seek reelection by flaunting his own record and the people will listen to him. Let’s not forget he struggled to win his election three years ago, no thanks to Aregbesola’s baggage. That Aregbesola is against him now might just be a blessing.

It must be stressed, however, that both sides will be severely diminished if APC loses next year’s election because of personal ego war. A Yoruba proverb says where siblings fight to bitter end over inheritance, outsiders are the ultimate beneficiaries.

What I find most intriguing in all of this is the failed interventions by respected leaders in the party like Baba Bisi Akande and Asiwaju Bola Tinubu. It is more telling that Ogbeni Aregbesola, unarguably a significant protege of Asiwaju Tinubu for over 20 years is locked In a fight-to-finish with his successor. Fighting to finish with an associate regardless of political disagreement is very unTinubu. Asiwaju Tinubu is a large-hearted leader and strategic thinker with a huge capacity to bend backwards and make peace and forgive his political adversaries in the larger interest of the collective.

For Ogbeni Aregbesola, it is not enough to Iay claim to a front row seat with Asiwaju. The Minister of Interior must embody the Tinubu’s spirit of forgiveness. Former Governor Aregbesola must develop the capacity and fortitude to embrace Governor Oyetola as brothers hewed from the same political family. The time to sheath sword is NOW.