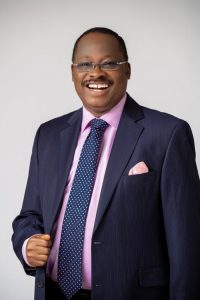 Deputy National Chairman of the All Progressives Congress (South) and the immediate past governor of Oyo State, Senator Abiola Ajimobi has again been showered with encomium over his eight-year stewardship in Oyo.

The commendation was contained in a statement by a socio-cultural group, Oyo Progressive Front (OPF) on the heels of the disbursement of N43 billion to Oyo and 23 other states in the country.

The disbursement, according to the state coordinator of OPF Tunde Oladeji was due to benefits that accrued to Oyo state from the Federal government performance-based grants from the World Bank due to the Ajimobi-led administration’s input in 2018.

“The grant has again confirmed to the people of Oyo state and the country that senator Ajimobi led a focused and transparent administration during his eight year-tenure in Oyo state. Months aftrer his tenure, the State is still reaping the benefits of his stewardship,’’ Oladeji said.

The programme is wholly financed with a 750 USDmillion loan from the International Development Association (IDA) , a member of the World Bank Group.

Kaduna state achieved the highest number of result and got the highest share of N3.9billion while Katsina and Benue got the lowest amount of N540million each.