Since the crisis on the quit notice issued to the Fulani living in Igangan community of Oyo State by Sunday Adeyemo (Sunday Igboho) began, Governor Seyi Makinde has bungled every opportunity to identify with his people. 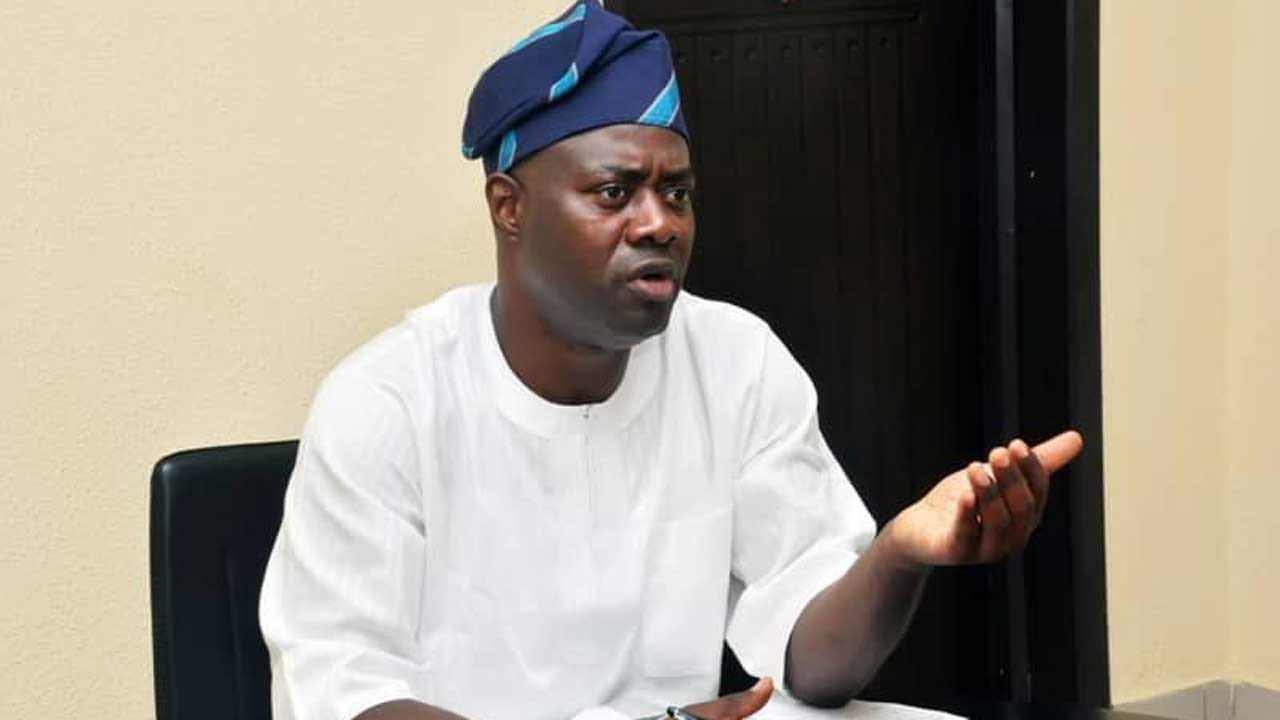 At this moment, the gentleman governor whom the people of Oyo State and political pundits used to admire for his populist tilt now cuts the semblance of an unconcerned leader. Rather than showing his capacity to offer practicable solutions to the security challenges in the state, Makinde delved into unnecessary politics albeit a critical moment.

The security and welfare of the people is the primary responsibility of the government, as enshrined in section 14(2)(b) of Nigeria’s Constitution 1999 (as amended). This, however, does not suggest that when the government fails in this regard, the citizens should be helpless. When a government fails to secure the citizens, the tendency is for them to resort to self-help, therefore, the government must do everything possible not to fail, to avoid the animal kingdom situation which the self-help could cause.

The Igangan situation and indeed the security problem in other agrarian communities in Nigeria perfectly fits into the scenario described above. However, Governor Makinde’s apparent lack of grip on the state presents a near unmanageable atmosphere.

Igboho has been opened about his resolve to ensure that the Ibarapa axis of the state where he hails from is free of killing, kidnapping and other heinous crimes, allegedly by some criminal-minded Fulani pastoralists.

But out of caution, Igboho insisted that he was not going to act on the various criminal reports anywhere in the Yorubaland, except and until the royal fathers in the domain brief him formally on the situation, accord him recognition and assure him of their support, to be sure that he would not be left in the dark when the chips are down.

Also, Igboho repeatedly enjoined the government to improve security in the state to curb criminality in the area.

All these entreaties didn’t yield the desired result as people were still being kidnapped in their communities and released after huge ransom exchanged hands, some were killed on their farmland, just for complaining that cattle destroyed their crops while others were killed for resisting being abducted.

While all these continued unhindered, the people of Oyo State did not sense any courageous action from the state government, at least to build the hope of a solution at sight.  Helpless royal fathers in the area needed to act decisively on the menace they created by allowing criminal elements to settle in their domain, sold the land to them and even honour some of them with chieftaincy titles, as alleged by the Seriki Fulani of Igangan, Alhaji Salihu Abdulkadir.

The traditional institution woke up to its responsibilities particularly after the prince of Igangan was kidnapped and about N4 million ransom was paid to secure his freedom. Like many others, ransom on the prince was negotiated by and allegedly handed over to Salihu.

Neither the suspected Fulani kidnappers not their Yoruba collaborators were arrested, the killings and kidnappings and even raping of innocent women continued as cases were reported daily.

True to his promise, Igboho stormed the area, held meetings with the monarch of Igangan and headed for the home of Alhaji Salihu where he issued a seven-day ultimatum within which criminals among the Fulani must be brought to book, failure of which he said Fulani in the area should go.

Rather than moving in to arrest the situation by seeking truce between the aggrieved community leaders and the settlers, the state government in a broadcast tagged Igboho as a criminal element who should be arrested for issuing an ultimatum to the Fulani settlers.

As a government, intelligence on the happenings everywhere in the state was available to Makinde, but the governor demonstrated lack of tact, capacity to deal with the situation and has made good enemies of those who can calm frayed nerves until a compromise is reached. Where was the state governor when people were being killed and ransom was paid for kidnapped victims without any arrest or prosecution? Where was the state government when the traditional rulers cried out to Igboho and why didn’t the government reach out to him and assure him of a practical solution at sight to douse tension?

The reason is simple, Governor Makinde wanted Igboho treated like a miscreant whose only mission is to foment trouble. This can only be traced to the local politics in the state.

Igboho who leads the political machinery of former governor Rashidi Ladoja, through a directive from his principal, supported Seyi Makinde’s governorship ambition and work tirelessly towards its realisation. But since Makinde fell out with Ladoja, it was only a matter of time for Igboho to fallout with the governor.

Also, the silence but very tense rift between Makinde and the deputy governor, Engr. Rauf Olaniyan, contributed to the poor management of the situation. Olaniyan is from the Oke-Ogun area, he hails from Igboho’s village. This effectively makes him the major nexus through which the Oke-Ogun leaders can reach the government and since that channel wasn’t effective, self-help was inevitable.

Governor Makinde unknowingly fuelled the crisis by refusing to recognise Igboho because his loyalty had returned to where it belonged. The lazy option for the governor was to tag him a common criminal and get the state to deal with him.

This bitter politics has now rendered the state government irrelevant to the crisis, and Igboho, a political bully boy turned Yoruba nation activist is becoming more popular than our dear governor.

Mr Governor sir, it is not too late to put the state in perfect order, rally the gatekeepers in every part of the state, make peace with your deputy and others alike. In governance, sometimes you need even the support of your political foes to succeed. This affliction shall not rise in our state the second time!

Previous Posts No child must be left behind in education
Next Posts FANTASTIC: Lagos reduces tuition fees for fresh LASU students