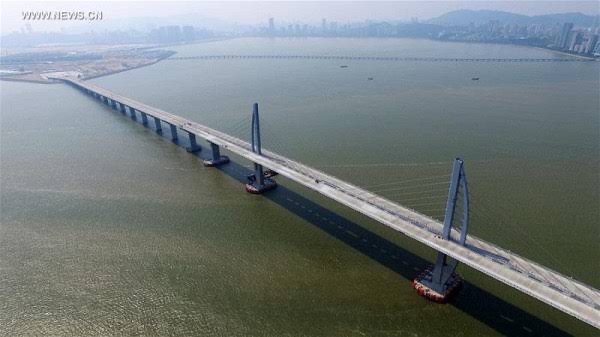 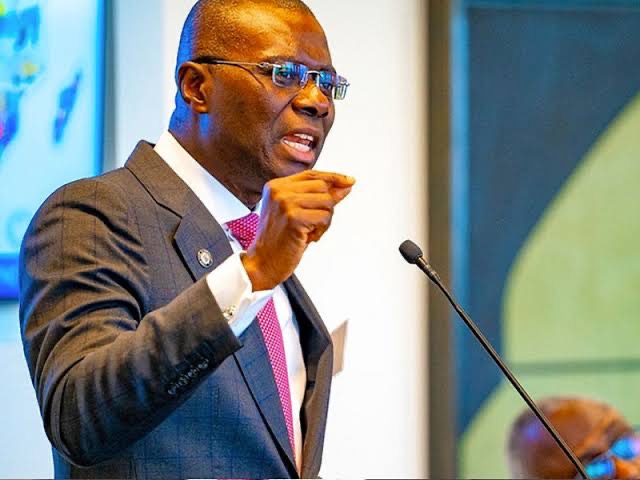 The fear in some quarters that the proposed fourth mainland bridge in Lagos might be stillborn was recently dismissed by the state government, which restated that the project remained on course.
The bridge, which will be about 38 kilometres long, has been in the works for about 20 years. It is meant to provide a link between the Lagos Mainland (Ikorodu) and the Eti-Osa corridor in consonance with the State Transport Master Plan (STMP) and the Eti Osa/Ikorodu Master Plan.

The bridge is subdivided into three sections: Island, Lagoon and Mainland. It will commence from Abraham Adesanya Roundabout in Lekki through Ajah and Langbasa areas, crossing the Ado Badore Road, before arriving at the lagoon shoreline. The road crosses the lagoon via a 4.5km bridge, landing between Bayeku and Ijede communities. It will also pass through the Ikorodu-Epe expressway to further link Isawo Road and from there to the Lagos/Ibadan Expressway.

At the estimated to cost of $2.2bn, the fourth mainland bridge would be the longest bridge in Africa. According to the state government, it would comprise three toll plazas, nine interchanges, a 4.5km Lagoon Bridge, rest and service areas and an eco-friendly environment, among others.

Many years after it was first mooted, the project has kicked off with the state government announcing that it had selected six companies for its design, development, construction, operation, and maintenance.

Soon after assuming power, Lagos State governor, Babajide Sanwo-Olu, made it clear that his government would employ the public-private partnership (PPP) model to tackle infrastructure challenges in the state.

He said: “What we are doing is to ensure that we bring about a PPP model and begin to solve our entire infrastructure challenges. It is also in that same vein that we will be using a PPP model to fast-track our technology. We believe that technology can be a major lead for us. And for technology to live and survive, it has to have a strong backbone, which is also in infrastructure.”

He added that, if Lagos were to sustain its Centre of Excellence status, vital infrastructure must be carefully built across all sectors.

“Universally, infrastructure development is critical to achieving human capital development. The economic impact that infrastructure improvement has on nation building cannot be over-emphasised. From the ancient Roman Empire to the super economic powers of the 21st Century, it has been clearly demonstrated that no nation can accomplish true greatness without evolving pragmatic strategies for long-term infrastructural development,” he said.
Noting that Lagos, like other states, lacked the financial capacity to singlehandedly tackle its infrastructure challenges, the governor said his administration would consider several options as well as tap all contacts and connections to rebuild Lagos in his mission to take Lagos to greater heights.

Before Sanwo-Olu’s first anniversary, the state had raised an N100 billion series III bond under its N500 billion Third Bond Programme to fund infrastructure and capital projects. The governor noted that the bond would activate more prosperity for Lagos and give its people the hope for a better tomorrow.

“When we came into government, we made a commitment to all Lagosians that we are coming to pursue and implement an agenda that will build our capacity to achieve the ‘Greater Lagos’, which we all will be proud of. With this N100 billion bond, we will ensure that all Lagosians feel the direct impact of this intervention in their homes and on the roads. We are bringing new infrastructure and repairing the existing ones, including bridges and hospitals. We are going to renovate schools and build new ones for our children; slums will be regenerated and pressing environmental issues will be solved. We are going to make people feel the essence of governance,” he stated.
He said his campaign catchphrase, ‘For A Greater Lagos,’ was not just empty words, “My campaign was about taking Lagos to greater heights. Challenges will always come but we will see significant developments in waste management, education, transportation management, health and others.”

Indeed, many residents have admitted that infrastructural renewal is in progress in the state. The Agege-Pen Cinema Bridge is almost complete. The bridge is expected to boost economic activities in Agege and adjoining areas and ease the traffic snarls in the area. It was gathered that, after some delay, work has resumed on the Lagos-Badagry Expressway also.

“The road was just a two-lane way, but the government has turned it into 10 lanes, five on both sides. We are doing a complete rebuild of the road, with bridges and interchanges. We are building a road that will last for 30 to 40 years. And because we know that this is an international gateway, it does not deserve anything less. We are building a first-class road infrastructure that all of you would be proud of.”

The state government says it is also working hard on the Victoria Island-Lekki Traffic Circulation Project, which commenced in December 2019, under a Public Infrastructure Improvement Partnership (PIIP) programme, in conjunction with Access Bank. The project involves the dualisation, expansion, construction and rehabilitation of some roads, junctions and turning radius, including the provision of a new drainage system and re-routing of some roads as one-way and signalisation. Already, there is a 1.8-kilometre road in the Oniru-Victoria Island axis, which was inaugurated last September.

Many Lagos residents that commute on the busy Oshodi-Abule-Egba section of the Lagos-Abeokuta expressway have been expressing joy. The section, hitherto notorious for its debilitating bottlenecks, has been reconstructed. It was launched last September.

The 13.68 kilometre-long BRT corridor in the axis, it was gathered, has reduced commute time on the route by as much as 75 per cent. The governor explained then that 550 high- and medium-capacity buses had been procured for immediate deployment on the road.

“Traffic management and transportation, which is the first plank of the THEMES agenda, is geared towards implementing the transport master plan that will fully integrate road, rail and water transportation towards the achievement of a multi-modal transport system,” Sanwo-Olu added.
But roads are not the only thing the state is doing, according to the government. Under Pillar H of the THEMES agenda, which stands for Health and Environment, the Sanwo-Olu administration said the public health sector and other sectors are being revamped.

Last month, the governor inaugurated the 110-bed Maternal and Child Centre (MCC), School of Anaesthesiology at the Badagry General Hospital as well as 252 units of a two-bedroom housing project in Idale, also in Badagry. He also kicked off the construction of the 5.5 kilometre-long Hospital Road being rehabilitated to create easy access to the Badagry General Hospital and the new housing estate in the town. The governor said the projects were part of his administration’s efforts to bring development in Badagry at par with other areas of the state.
Earlier, the governor had opened the 149-bed MCC at the Alimosho General Hospital. The specialist centre was facilitated through the Office of the Senior Special Assistant to the President on Sustainable Development Goals, signifying a working partnership between the federal and the state governments.

The governor also signed the $629m funding of the Lekki Seaport project. Funded by the China Development Bank, the project will invigorate the Lagos economy and push it up in the index of the largest economies in the world. It was gathered that the project would transform the Lekki corridor into a new economic hub and offer more impetus for socio-economic growth in the state.