How can Kobe Bryant be gone? His legend wasn’t supposed to end this way ~ By BILL PLASCHKE

How can Kobe Bryant be gone? His legend wasn’t supposed to end this way 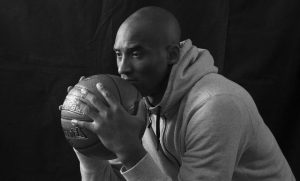 I’m screaming right now, cursing into the sky, crying into my keyboard, and I don’t care who knows it.

Kobe Bryant is gone, and those are the hardest words I’ve ever had to write for this newspaper, and I still don’t believe them as I’m writing them. I’m still crying, and go ahead, let it out. Don’t be embarrassed, cry with me, weep and wail and shout into the streets, fill a suddenly empty Los Angeles with your pain.

Bryant, 41, and his 13-year-old daughter, Gianna, were among nine people who died in a helicopter crash Sunday in Calabasas and how does that happen? Kobe is stronger than any helicopter. He didn’t even need a helicopter. For 20 years he flew into greatness while carrying a breathless city with him.

This can’t be true.

Kobe does not die. Not now. Kobe lives into his golden years, lives long enough to see his statues erected outside Staples Center and his jerseys inducted into the Basketball Hall of Fame. He lives long enough to sit courtside at Staples when he’s stooped and gray, keeping alive the memories of two decades of greatness with a wink, maybe even fooling everyone one last time by retiring in a community next to Shaq. 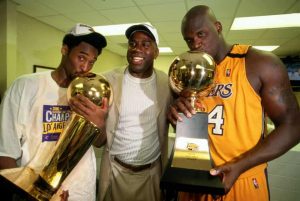 How can Mamba be dead? Mambas don’t die. Why this, why now, why him, why them? Kobe and Gianna leave behind an incredibly strong wife and mother, Vanessa, and daughters Natalia, 17, Bianka, 3, and Capri, who was born last summer. The horror of this is unspeakable. The tragedy of this is immeasurable.

Go ahead and keep crying, you won’t be alone. A huge hole has been cut out of Los Angeles’ heart, and the wound is breathtaking.

Kobe was your childhood hero. He was your adult icon. For 20 years he was on posters in your bedroom, on the television in your living room, in the lunch talk in your school cafeteria, in the smack talk at your office water cooler, and ultimately riding on a truck down Figueroa Street while you cheered and bragged and bathed in his greatness.

You watched him grow up, and this city’s relentless approach to sports grew with him, and soon, even with all of his off-court failings, many people felt they carried a little piece of him.

On your best days, the days you landed a big account or aced a big test or just survived a battle with traffic, you felt like Kobe. You were Kobe. And in the end, as he retired into a life of movies and books and coaching Gianna’s basketball team, he was us.

For me, he not only dominated my professional life, he consumed it. He arrived in Los Angeles two months before I began writing this column. We used to joke that we started our journeys together. But then he would pat me on the back and shake his head at that notion because, well, he always followed his own path.

He was the one Laker who never had an entourage, and many nights after games we would chat as I walked with him to his car. Except when he would get mad at me for what he considered unfair criticism, and then we wouldn’t talk for weeks, because when he was playing, he was that rare fighter who never dropped his fists.

covered his first game. I covered his last game. I wrote about everything in between, the titles and the sexual assault charge and the trade demands and the titles again and then finally that 60-point career-ending game against Utah.

I emailed Kobe with a request to speak to him about being passed on the all-time scoring list by LeBron James.

He emailed me back immediately. He always did.

He cleared his calendar and made time to chat on the phone because, as he always said, “You’ve been there for everything with me.”

But then, in our 20-minute conversation, he showed a side of Kobe that I had not seen before.

The edge was gone. The arms were open. He urged acceptance of LeBron. He preached calm for Lakers fans. He said greatness wasn’t worth anything if you couldn’t share it.

After about five minutes the message of this call was clear, the steely-eyed Mamba was purposely moving into a role of a wise, embracing and grateful leader of a community that had shown him so much patience and love.

“It’s crazy, watching this city and growing with it,” he said before hanging up. “I feel such an appreciation, I can never pay the city back for what it’s given me.”

I’ll say it 81 times and it still won’t make any sense.

Kobe Bryant is gone and, so, too, is a little bit of all of us.

Bill Plaschke has been an L.A. Times columnist since 1996. He has been named national sports columnist of the year seven times by the Associated Press, and twice by the Society of Professional Journalists and National Headliner Awards. He is the author of five books, including a collection of his columns entitled, “Plaschke: Good Sports, Spoil Sports, Foul Ball and Oddballs.” Plaschke is also a panelist on the popular ESPN daily talk show, “Around the Horn.”