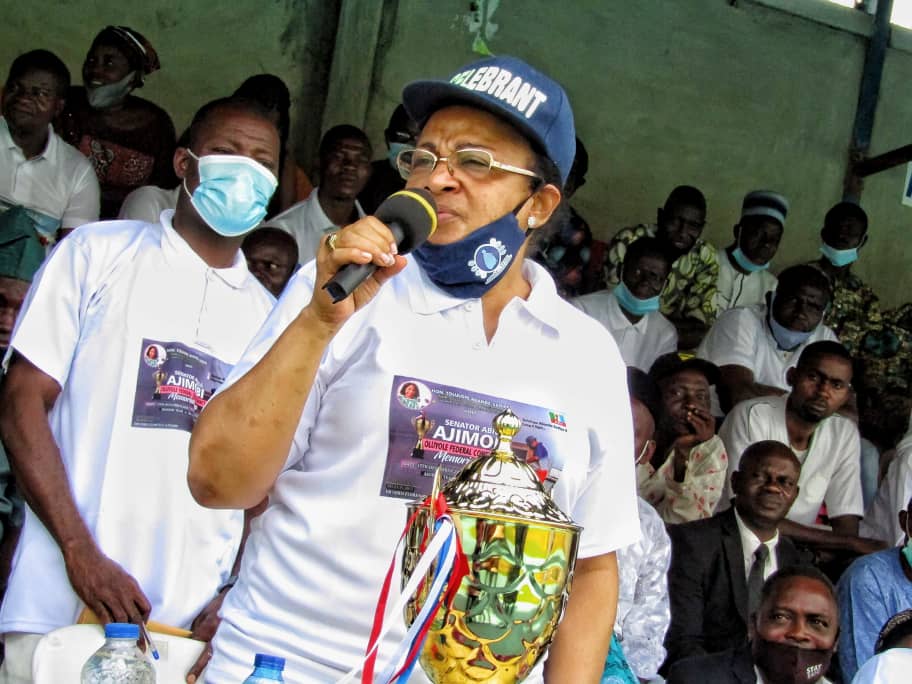 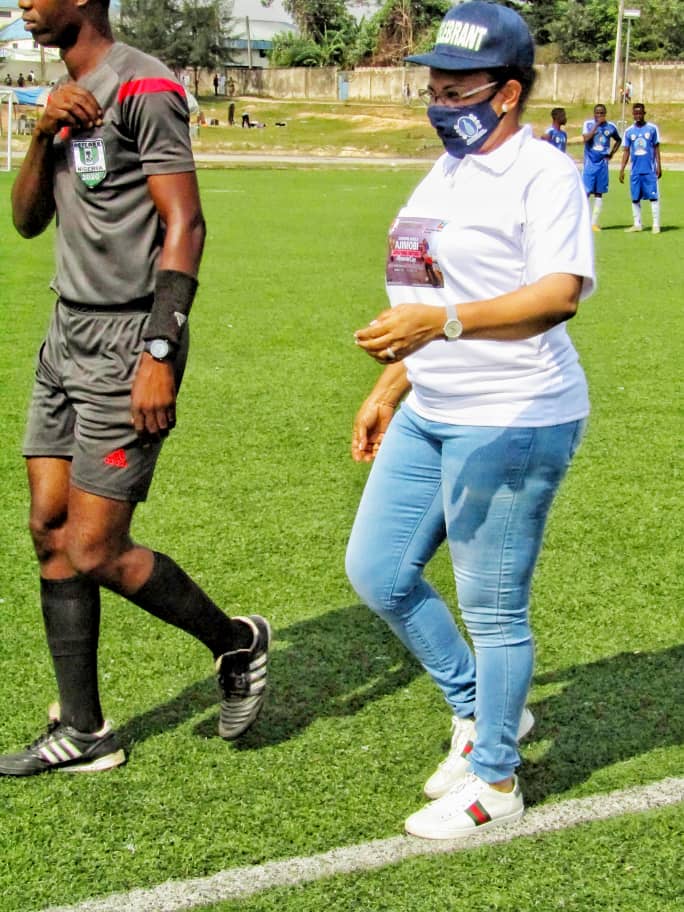 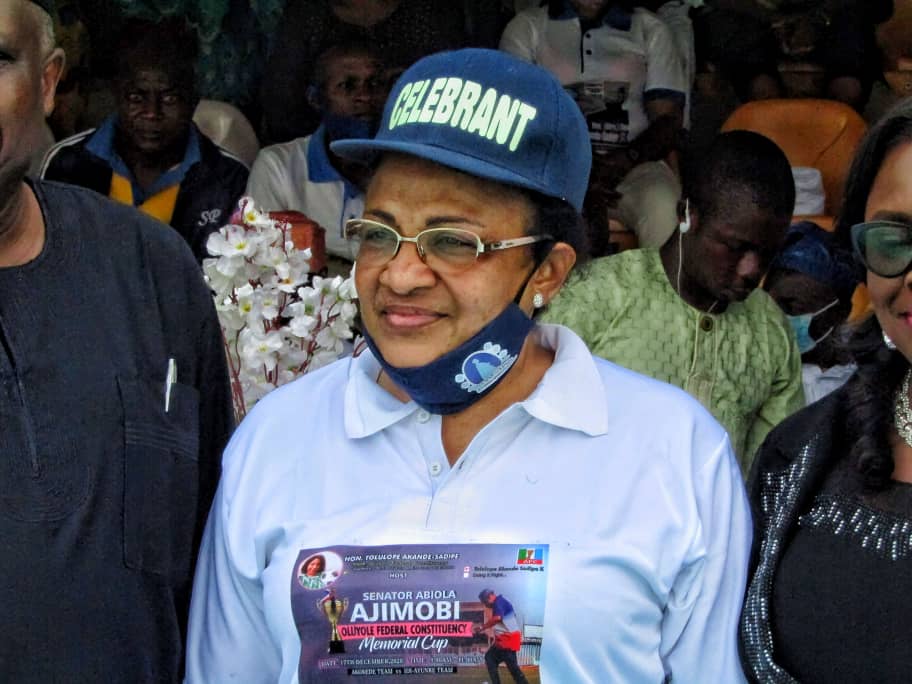 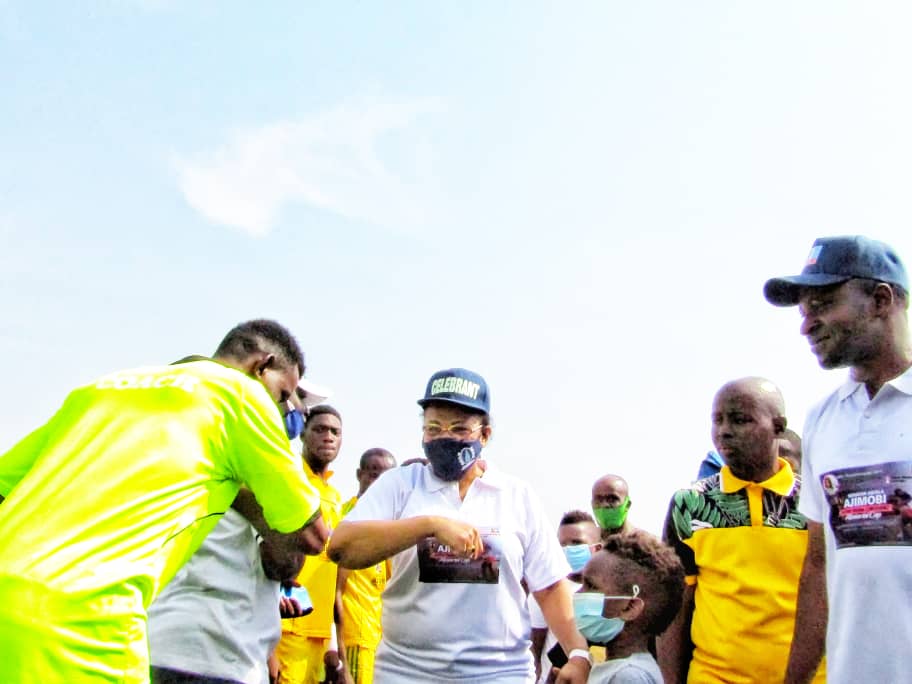 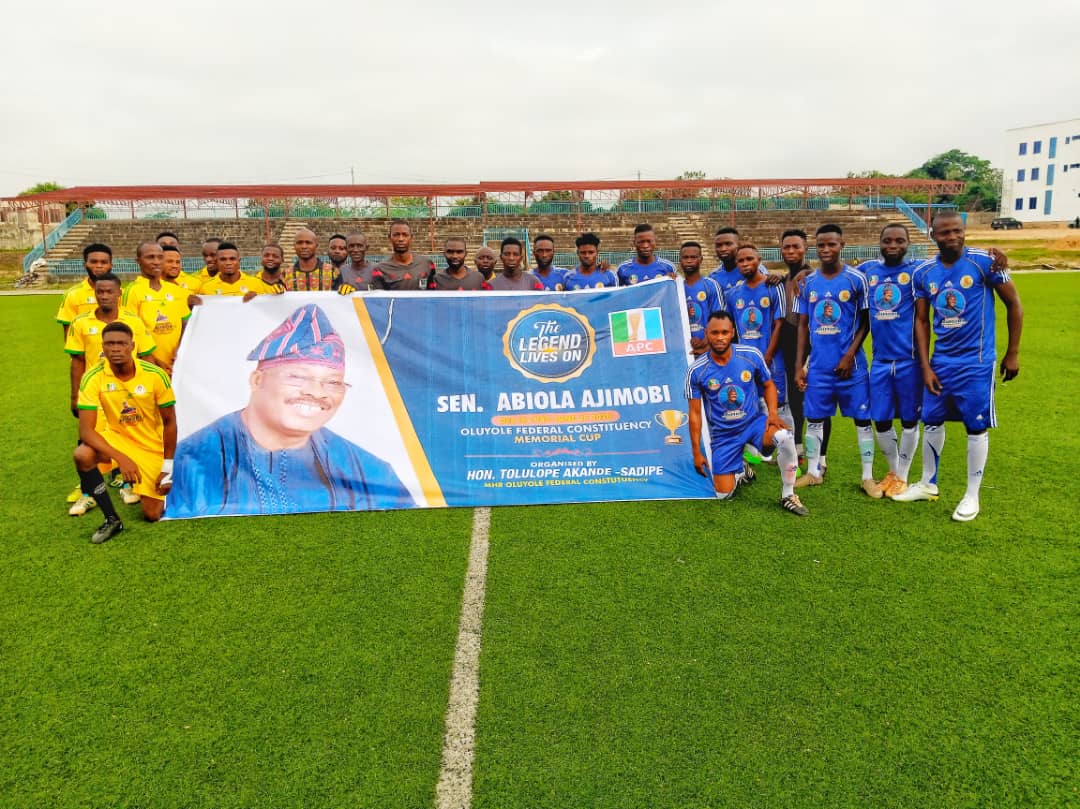 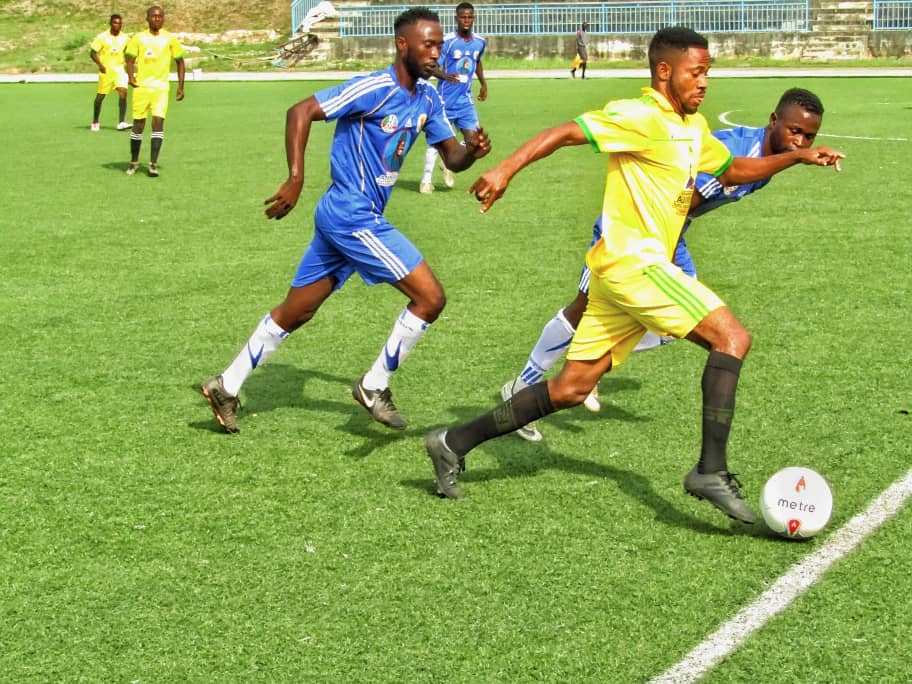 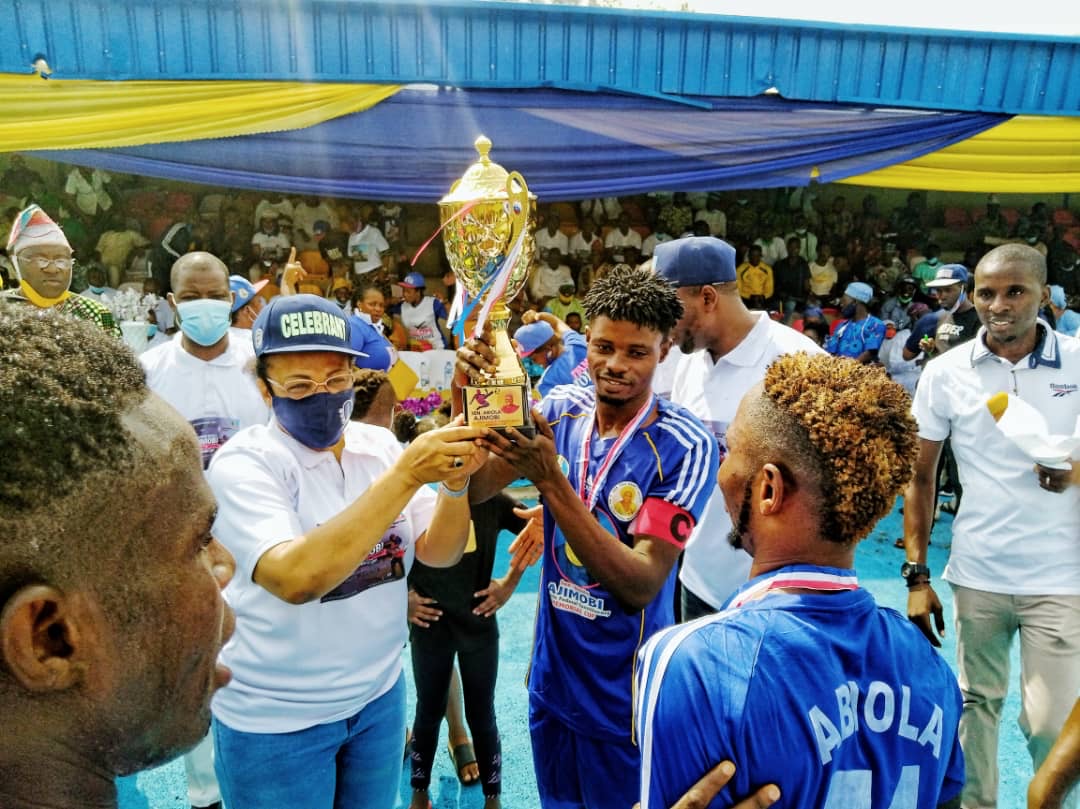 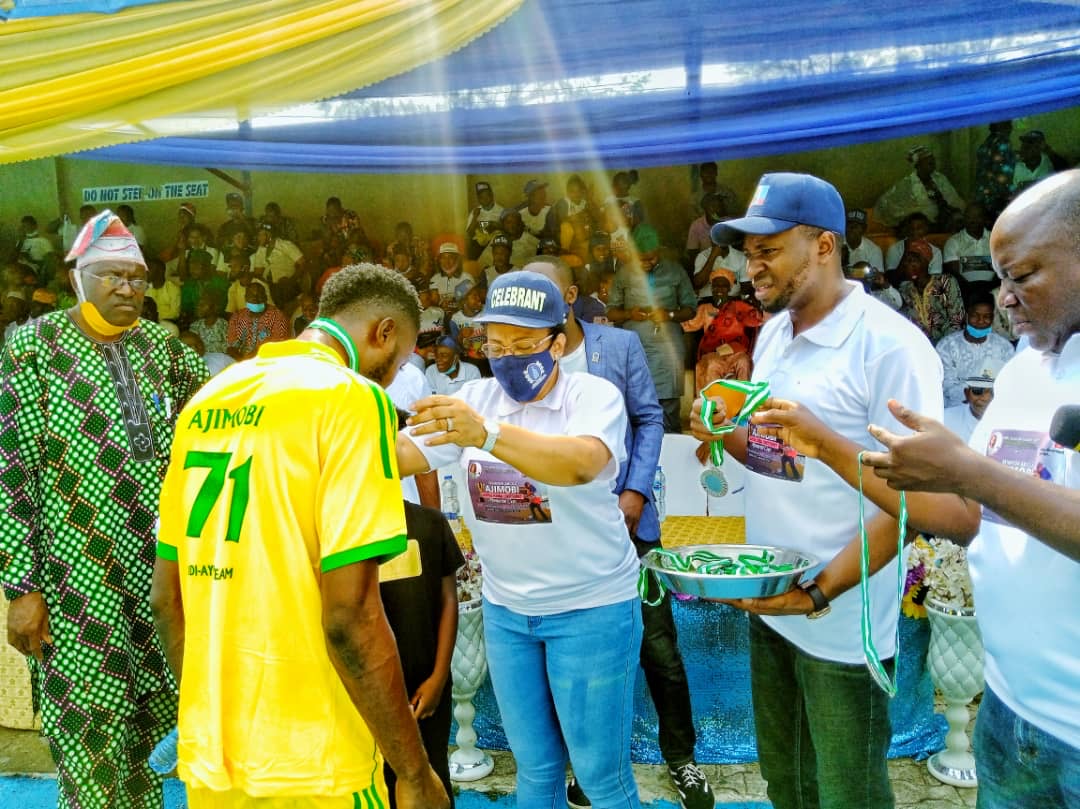 The football match was graced by family members, friends and associates of the late two-term Governor, including his wife, Dr. (Mrs) Florence Ajimobi; Oyo Lawmaker, Seyi Adisa; ALGON Chairman, Abass Aleshinloye; former Aides to Governor Ajimobi, and a host of soccer legends who witnessed the match which held at the Lead-city stadium, Ibadan.

Speaking about the match, the Host and Federal House of Representatives member, who represents Oluyole Federal Constituency, Hon. Tolulope Akande-Sadipe stated that the event is her way of celebrating the late Governor, who she said was a support system to her political career while he was alive.

Speaking at the event, Dr. (Mrs) Florence Ajimobi commended Hon. Tolu Akande-Sadipe for such initiative, which has encouraged the youths and entertained the adults in her constituency.

“Nothing is too much to celebrate His Excellency, former Governor Abiola Ajimobi, who during his lifetime gave his all to the development of Oyo State, his party and family. We miss him and his legacies”, she said.

Honourable Member representing Afijio State Constituency at the Oyo State House of Assembly, Seyi Adisa said his former boss was fondly called Archipelago, because football was one of the things he wanted to be remembered for.

He said honestly, my former boss deserves a befitting match such as this, being a football nut himself. If my memory does not fail me, he remains the only former Governor in this country who played active football in his younger-years. Ajimobi played for his alma-mater, Lagelu Grammar school”, he said

“Everybody is here to witness the artistic displays by soccer players, as part of activities to celebrate our legendary father and role-model, Sen. Abiola Ajimobi,” concluded the House of Assembly member.

The event began at 8 a.m with an explosive match between Akorede Local Government team and Idi-Ayunre team, after which Dr. (Mrs.) Florence Ajimobi presented a trophy and cash gift to Akorede football team, winners of the match. The Idi-Ayunre team also received a cash reward.