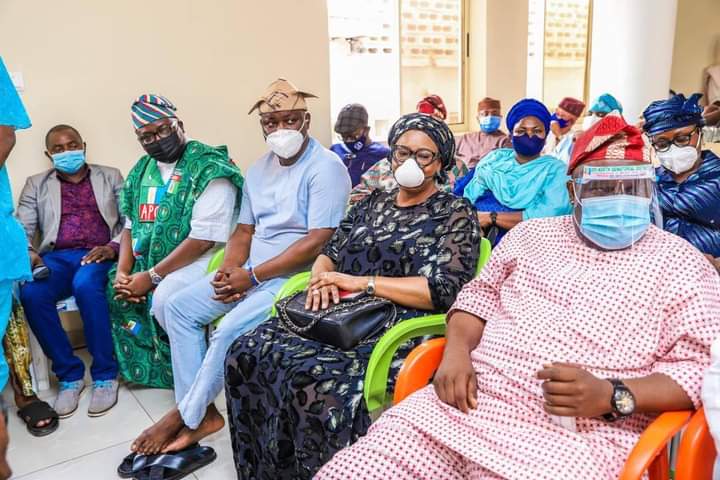 A new chapter was opened in the history book of the Oyo state chapter of the All Progressives Congress yesterday as virtually all gladiators attended its stakeholders meeting help in readiness for the commencement of the party’s membership registration and revalidation exercise.

The impressive turn out of those described as critical stakeholders at the meeting which took place at the Party’s new State Secretariat at Oke-Ado, Ibadan may have finally put an end to the intraparty bickering which Oyo APC has had to battle with since 2018.

In his Welcome Address, the State Caretaker Chairman, Chief Akin Oke, did not mince words in expressing his delight over “the collective resolve of all leaders, chieftains and members of the Oyo APC to work together as one and thus reposition the party for the task of winning future elections in the state.

“Although the main objective of today’s meeting is to deliberate on how to mobilize for the success of the party’s membership registration and revalidation exercise, we must express our happiness and joy on account of the attendance of this meeting by all the critical stakeholders including our leaders who were aggrieved at one time or the other. It is a new dawn and we salute your courage for putting behind all issues of grievances to channel a new cause for the good of our dear party and the nation as a whole.” Oke said.

In his own speech, former Governor of the state, Otunba Adebayo Alao-Akala, appealed for greater commitment and synergy among all stakeholders with a view to making the party stronger. “We must swing into action immediately as we have no luxury of time ahead of the next general election in which we would do everything humanly possible to reclaim power in Oyo state.

“As much as we are ready to mobilize for the success of the party’s membership registration and revalidation exercise, we also need to take a step further by setting appropriate modalities in place for Oyo APC faithful to work together as a family and dislodge the PDP from power.” Alao-Akala submitted.

While addressing the meeting, the minister of Sport and Youth Development, Mr. Sunday Dare, eulogized the Akin Oke-led state executive committee for organizing the meeting which he described as “very important at this critical time when all hands must be put on deck to save the state from the PDP whose conduct in government, so far, leaves much to be desired”.

Resolution made at the meeting are as follows; that Oyo APC shall be democratic in all its political activities as this concerns entrenchment of internal democracy particularly in the area Party Congresses and elective positions.
Second, that Oyo APC is now an indivisible family poised to win all future elections in the state. Third, the Stakeholders also resolved to work together with the National Secretariat for the overall success of the Membership Registration and Revalidation exercise.
And finally, that the Stakeholders have placed a total ban on the inimical activities of divisive groups such as Lamists, SENACO, PDP Reform and Unity Forum within Oyo APC.