Conceived as a strategic link road within the Ojo Local Government, home to Alaba International Market, the Ariyo- Tedi link road and bridge was over the weekend commissioned by the Lagos State Government. 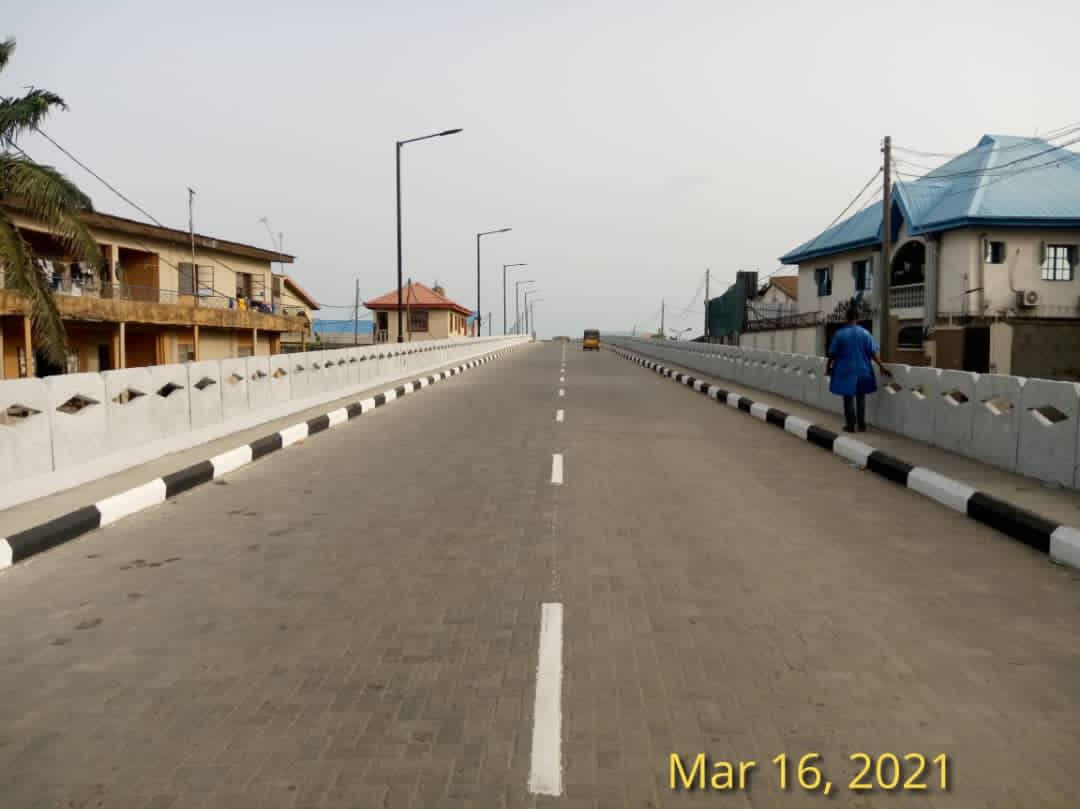 The 1.345km road and 55 metre bridge was executed by Messers Lopek Engineering Construction Limited after the original contractor Messrs Moreno-Marinas-Lagoon failed to execute the project.

Speaking at the event, the State Governor, Mr. Babajide Olusola Sanwo-Olu who was represented by his Deputy, Dr. Kadri Obafemi Hamzat, noted that the continued construction of some roads is in accordance with the agenda of his administration, the T.H.E.M.E.S agenda. Which include Traffic Management and Transportation. Its objective is to save important man-hours that would have been otherwise lost to traffic gridlock, boost inter-connectivity across the state and to generally make life better for commuters. 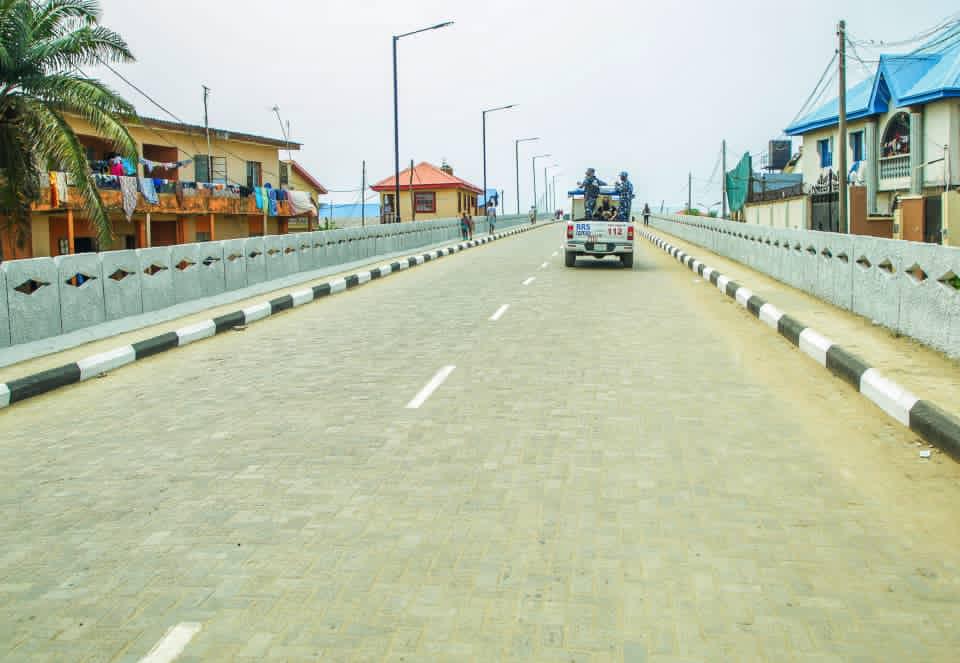 While empathizing with the people in the locality, the governor stated that “one of the most critical challenges experienced daily by residents and road users along the Lagos-Badagry Expressway is the perennial gridlock occasioned by the ongoing reconstruction works along the corridor, with its attendant inconveniences and loss of valuable time”.

According to him, one of the ways we have to address this challenge is to redirect traffic to inner roads by providing diversions and alternative routes during the period of construction. It is for this reason that we decided to complete the construction works on the Ira-Muwo Link Bridge, which we are commissioning today”. 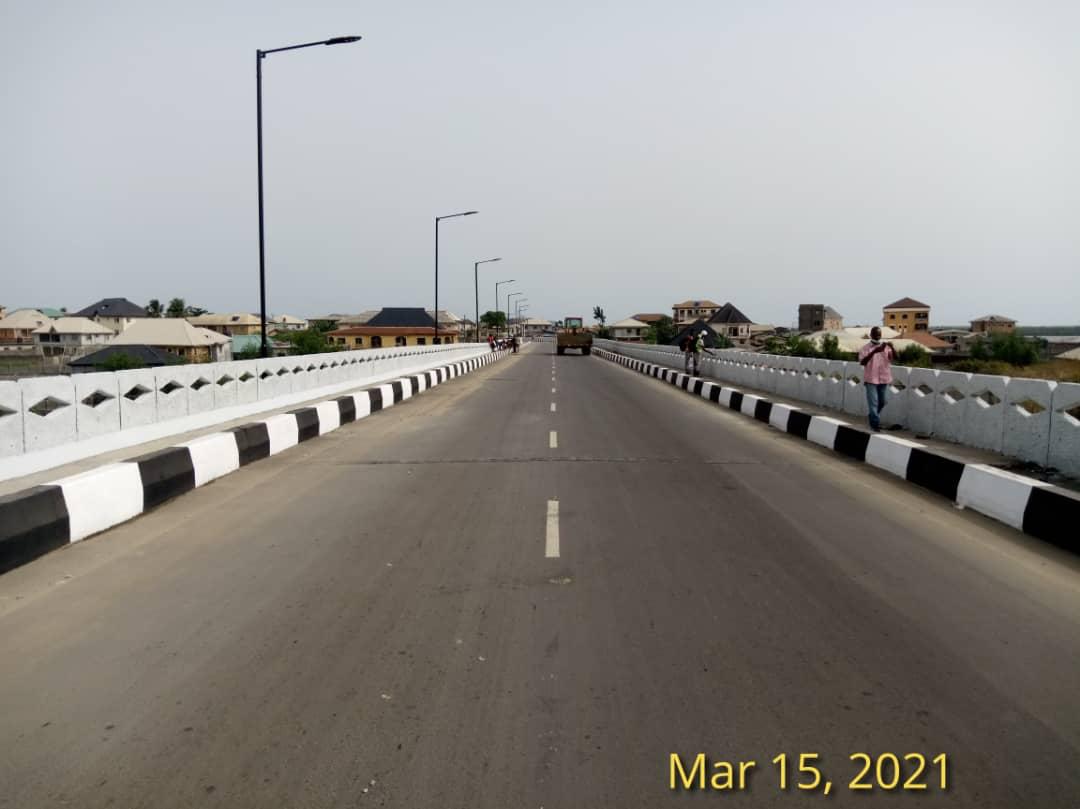 Sanwo-Olu however appealed to all stakeholders including traders, commuters, transport union, transport operators and shop owners to take ownership of government facilities stating by avoiding all actions that will compromise their quality and life-span. “These projects belong to all of you and you must protect them jealously and treat them with utmost care” He said.

The Governor urged the people to maintain peace and order in the course of project execution in their domain, noting that project completion and the commissioning is possible because of the existence of peace. Saying “Without peace there cannot be development. Development will only get to us if there is peace “.

Earlier in her remarks, the Special Adviser to the Governor on Works and Infrastructure, Engr. Aramide Adeyoye stated that in line with the Sanwo-Olu’s Agenda which aims to address the challenge of traffic gridlock, the Government strategically thought it through to complete the Ariyo (Mile 10)- Ira-Muwo-Tedi-Abule Oshun road alignment with Reinforced Concrete Bridges.

The commissioned project Ira-Muwo Bridge with a length of 450 metres and 11 metres in width is redefining in terms of solution it brings to the congestion and gridlock within the residential and commercial axis.

While highlighting the challenges encountered in the course of construction, the Special Adviser stated that the peculiarity of the swampy terrain to the lagoon made provision of alternative routes virtually difficult, “thus it was quite a challenge to control vehicular and pedestrian traffic during the critical stages”.