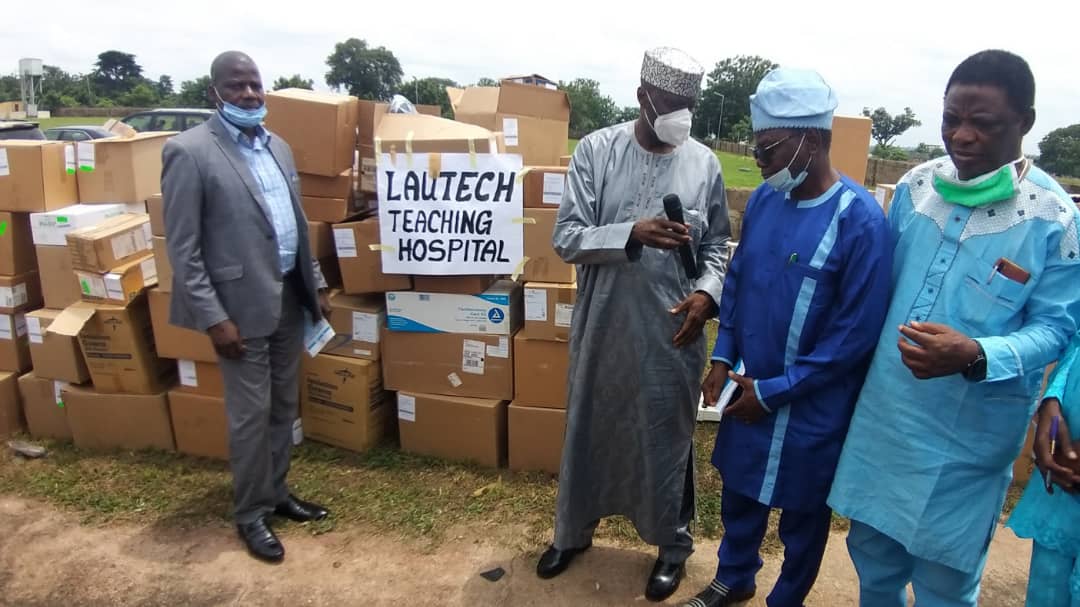 The event was held at the Ogbomoso Recreation Club and was attended by representatives and officials of the recipient organisations, Pivotal and the 1st Group clubs. The items were donated to OCF by Hospital Sisters Mission outreach, United States of America with the active support of Ogbomoso Sons and Daughters in North America.

Speaking at the event, former military Governor of Oyo State and leader of OCF, Maj.Gen Oladayo Popoola said the equipment were donated to “all public medical institutions in Ogbomosoland such as Primary Health Centres, General and State hospitals and teaching hospitals in order to raise the standard of health care delivery in Ogbomoso and environ and also complement the effort of government in the provision of health services to the people.

According to him, OCF will continue to pursue the mission of its founding fathers to ensure the continued and sustainable growth, development, progress and prosperity of Ogbomosolandand ensuring the welfare of its sons and daughters. He noted that OCF had been a rallying point  for the economic and social development of Ogbomosoland in the last 20 years, having organized medical out reach and agriculture shows, among others.He expressed appreciation to the donors and those who supported OCF morally and financially to ensure the success of the event.

Also Speaking, the chairman of OCF, Alhaji Sanni Kelanienjoined the recipient to make judicious use of the donated items and ensured they were used in the service of the people.

The State government was represented at the event by Dr Joshua Faleye who said the government had also conducted free medical services across Ogbomoso in the last one month. “All these were done to foster good relationship between governments, the people of Ogbomoso, primary health care centres and hospitals. He commended OCF for the effort over time in its various interventions in areas of health care support over the years.

In his remarks, Dr Olusoji Adeyanju, representative of the, Chairman of the Oyo State Hospital Management Board, DrGbola Adetunji said the donated equipment would further enhance health care delivery and improve the general well-being of the people.