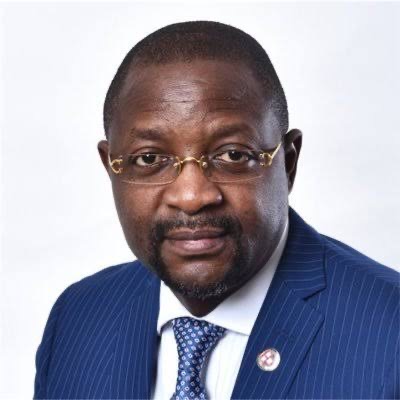 For several months, citizens of Oyo state have watched with increasing concern as the security situation in our beloved state degenerated. Troubling accounts about killings, kidnappings and herdsmen versus farmers conflicts abound.

Like all the people of Oyo State, I expected the Governor Seyi Makinde of Oyo State to act prudently but with reasonable dispatch to quell the security situation before it got out of hand. We all waited for proactive steps and responses from the state authority certainly in vain. Yet, Oyo state with its population is strategically located in the South West political and economic equation. It should not be allowed to fall into a deadly security malaise for trouble in Oyo State will not be limited to the State. It will spread given our strategic importance and position.

However, the normal loquacious responses are emanating from the government of the day. Governor Makinde seems to be paralyzed by fear regarding this important security situation. This is the first serious test of his leadership of the state. Instead of tackling it he has retreated. His policy has not been proactive enough to resolve the issues so that security of lives will be guaranteed and our people spared the mournings over dead ones. Instead, his policy has been to act as if nothing was happening in forlorn hope that all would simply go away as if it were a bad dream.

The worsening developments in the state in the area of security are a direct result of a temporizing fiddling leader. The Governor has paid more lip service to the issue of security instead of offering solutions or taking proactive steps to stem the attacks and chart the path of resolution. For this is a complex issue that requires political courage and vision to resolve.

States and non-state actors could have been brought into the Arena to design a way out. Now, the Governor is flailing about and reacting out of fear that his political status is being damaged instead of crafting a solution that gives justice, peace and meaningful livelihood to all affected, including the citizens and in particular farmer and herder alike. Instead, his incoherence in this situation has placed Oyo and its citizens in the direct path of danger.
I know I will get my share of abuse and criticism for making this statement. I will take it because when it comes to security of our people, I stand firm. There is no room for partisanship on this essential point. Oyo citizens from Ibadan to Ibarapa to Ogbomoso to Oke Ogun to Oyo deserve better. Better security and better responses to the issue of protecting them. I want the Governor to do better as the price of continued failure is that of loss of additional lives and property as well as increasing tensions between people who once treated each other as neighbors and brothers. Also, for most of our citizens in the state who are easy prey for killers, kidnappers and hoodlums.

We must do something to spare our youth from the claws of untimely death and the agony of loosing Job opportunities. Criminal elements roaming the streets should not be treated with kid gloves.
And because Oyo Govt failed to take the initiative, the FG seized the initiative.

If he cannot handle this himself, there is no shame in the Governor reaching out to seek the help and advice of others to help him chart the right course. This is not the time for gamesmanship or folly. It is time for serious leadership to resolve a most serious problem. The Governor needs to get a grip and not surrender. The time is far gone but he can still do something for the sake of the people he claims to lead.
He should tap into the knowledge and experience of the pool of many outstanding citizens Oyo State parades.
The building of a new security template for Oyo state is long over due. A more robust and concerted security strategy is needed to combat crimes.
A Community Relations strategy is wanted in the face of the herdsmen / farmers clash. Right now, neither half fixes or band-aids will do. It is easy to act like a leader during good times but difficult times are what proves true leadership. Now is one such time.