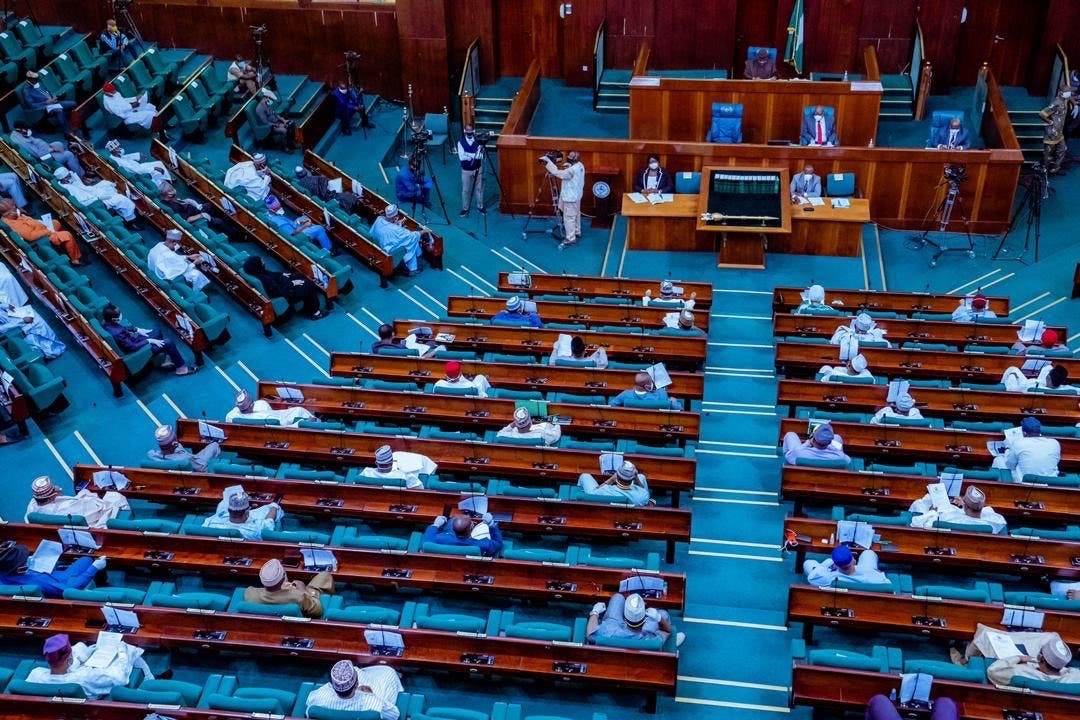 THE House of Representatives yesterday acceded to the demand of leaders of the Nigeria Labour Congress, NLC, the Trade Union Congress of Nigeria, TUC, and their allies to throw away the controversial bill seeking to remove the National Minimum Wage from exclusive legislative list to the concurrent legislative list

The action came on the heels of the nationwide protest by labour which crippled activities across the nation yesterday. Speaker of the House of Representatives, Femi Gbajabiamila, gave the promise to jettison the bill, while addressing protesting members of organized labour who stormed the National Assembly complex to demand withdrawal of the bill.

Recall that the bill, sponsored by Garba Mohammed Datti (APC-Kaduna), passed first and second reading in the House two weeks ago.

Since the bill became public knowledge, organized labour has rejected it, declaring nationwide protest against the bill it described as a design to further impoverish Nigerian workers.

Presenting a protest letter  to the National Assembly leadership, NLC President, Ayuba Wabba, said the thought of the bill was evil and malicious against the Nigerian worker.

Wabba emphasized that it took Labour several years, with the instrumentality of the House of Representatives, to get the minimum wage passed at N30, 000.

We have to make it clear and unambiguous that the bill that seeks to remove the minimum wage from the exclusive list to the concurrent list is not accepted. Let me say that the issue of national minimum wage is a standard set by the International Labour Organisation, ILO.  ‘’It is the first agency of the United Nations born in 1919 after the first world war. So we have the powers of the United Nation.”

Responding, speaker of the House, Femi Gbajabiamila, who was represented by the Majority Leader, Alhassan Ado-Doguwa, reiterated the commitment of the House leadership to do justice to the labour union’s petition, assuring that the bill would be killed.

“May I say on behalf of my speaker and the entire members of the House of Representatives that we are also by extension members of organized labour. We are your employees. By this implication, whatsoever is the interest and yearnings of Nigerian workers, we would be willing to oblige.

I, therefore, say on behalf of the speaker and the House, we have accepted to kill the bill as written and signed by the President of organised labour and we are going to give it the right treatment. There would be an opportunity for you to come and address us during the public hearing.

“That initiative is only an opinion. The recommendation of that bill is only a proposal. From what I am seeing now, it is clear that organized labour is against it.  I want to assure you that the House of Reps would give a listening ear to your message.

We will still invite you to come and engage with the relevant committee of which I am a member. You will come and make your position fully. Your position will be heard at the committee level and when we come to plenary to consider the bill, you will engage with members that are representing your respective communities to do justice to the bill and I can understand that the only justice would be to kill the bill. “I want to advise please, lobby members that you elected that you do not want the bill and members will make sure the bill is killed,” he assured.

Meanwhile, protesting workers crippled commercial activities in most parts of the country, including the Federal Capital Territory, FCT, over the bill. In Lagos, protesting workers, who gathered under the Ikeja Bridge as early as 8 am, marched through the ever busy Awowolo Way to the State House of Assembly at Alausa, causing heavy gridlock along the road and other adjoining roads and streets.

They displayed several placards and chanted songs rejecting the bill.  They also laid siege to the governor’s office to prevent him from accessing it.

Similarly, lawmakers in Ondo  and Oyo states   assured workers and leaders of Organised labour that they would reject the  bill whenever it was brought before them. Speaker of the  Ondo  State House of Assembly, Bamidele Oleyelogun, gave the assurance in Akure while receiving a protest letter from the labour leaders, led by the NLC state chairman, Sunday Adeleye.

The protest had crippled commercial activities, as the workers  marched through the major roads and streets in Akure enroute the State House of Assembly.

Similarly, Oyo State House of Assembly said the bill would not fly in its hallowed chambers, according to the deputy speaker of the Assembly, Abiodun Fadeyi.

He gave the assurance while receiving NLC and TUC members, led by their state chairmen who stormed the Assembly complex in protest against the bill.

In Ekiti, activities at the Ekiti State House of Assembly were shut down for over three hours  as aggrieved workers stormed the assembly  over the contentious  bill.

In Osun State, protesting workers who stormed the State House of Assembly, said the bill was a breach of the International Labour Organisation’s agreement signed in 1961.

In Delta State, NLC chairman, Goodluck Ofoburuku, who led protesting workers to the State House of Assembly, Asaba, said:  “While other governments in the world are busy legislating on how to make laws that will remove their people from poverty, ours is trying to make everybody poor.

In Uyo, protesting workers advised members of NASS from the state not to support the removal of the minimum wage from the exclusive list.

The NLC state chairman, Sunny James, who spoke  during the  protest yesterday, threatened that any of the federal Lawmakers that voted in support of the bill would be recalled.

We won’t accept it

In Awka, Anambra State, the protesting workers, led by the state NLC chairman, Jerry Nnubia, who marched through the major streets in Awka and ended up at the state House of Assembly where they were addressed by the speaker, Uche Okafor, insisted that they would resist any attempt to remove the minimum wage from exclusive to the concurrent list.

Some of the placards carried by the workers read: “Stop the war on workers or lose your seats”, “Enough is enough for our lawmakers”, “Crime against workers, crime against humanity”, “We stand by ILO Convention of 1970”, “Yes to minimum wage on exclusive list”, among others..

Also, protesting workers in Niger State were given the assurance by the leadership of the state assembly that the bill would not see the light of day in the assembly..

The protest took the workers to the Niger State House of Assembly from the Labour House   along IBB road, led by the NLC chairman in the state, Yakubu Garba

Addressing the protesting workers, the speaker,  Abdullahi Bawa Wuse, said:  “We are not in support. Nigerian workers must not accept this. The bill is anti-Nigeria. You cannot sit down at the National Assembly and contemplate such a bill without the input of the people who elected you.

’For us in Niger State House of Assembly, we will not attempt any amendment to the constitution that is anti-masses or anti-workers.

Similarly, organized labour in Taraba State said the moves to expunge the national minimum wage from the exclusive to the concurrent legislative list was a ploy to frustrate the full implementation of the N30,000 minimum wage.

State chairman of  NLC, Peter Jediel, in a protest letter submitted at Taraba State House of Assembly, noted that such move would be resisted by the workers.

A declaration of war

In Bauchi, labour leaders, led by state chairman of NLC, Danjuma Saleh, told the speaker of the state house of assembly, Abubakar Y. Suleiman, that the planned removal was a declaration of war on Nigerian workers.

He said:  “The purpose of our visit to this important institution of the masses under your leadership is to convey the message of workers’ displeasure and to call on the sponsors of this bill to discontinue forthwith.”

Meanwhile, Labour Party has expressed its support for the ongoing nationwide protest against the removal of National Minimum Wage from the exclusive legislative list to the concurrent   list.

According to the party, the move by the National Assembly will further pauperise the workers already suffering from the high rate of inflation occasioned by poor management of the economy.

In a statement by the National Secretary, Julius Abure, the party decried the fact that workers had over the years been made to suffer as a result of being at the receiving end of unfair government policies.

“Removing the minimum wage from the exclusive legislative list will   bring about lack of wage uniformity in Nigeria. The process of collective bargaining and negotiations becomes cumbersome, unrealistic and illusory,” the party stated.