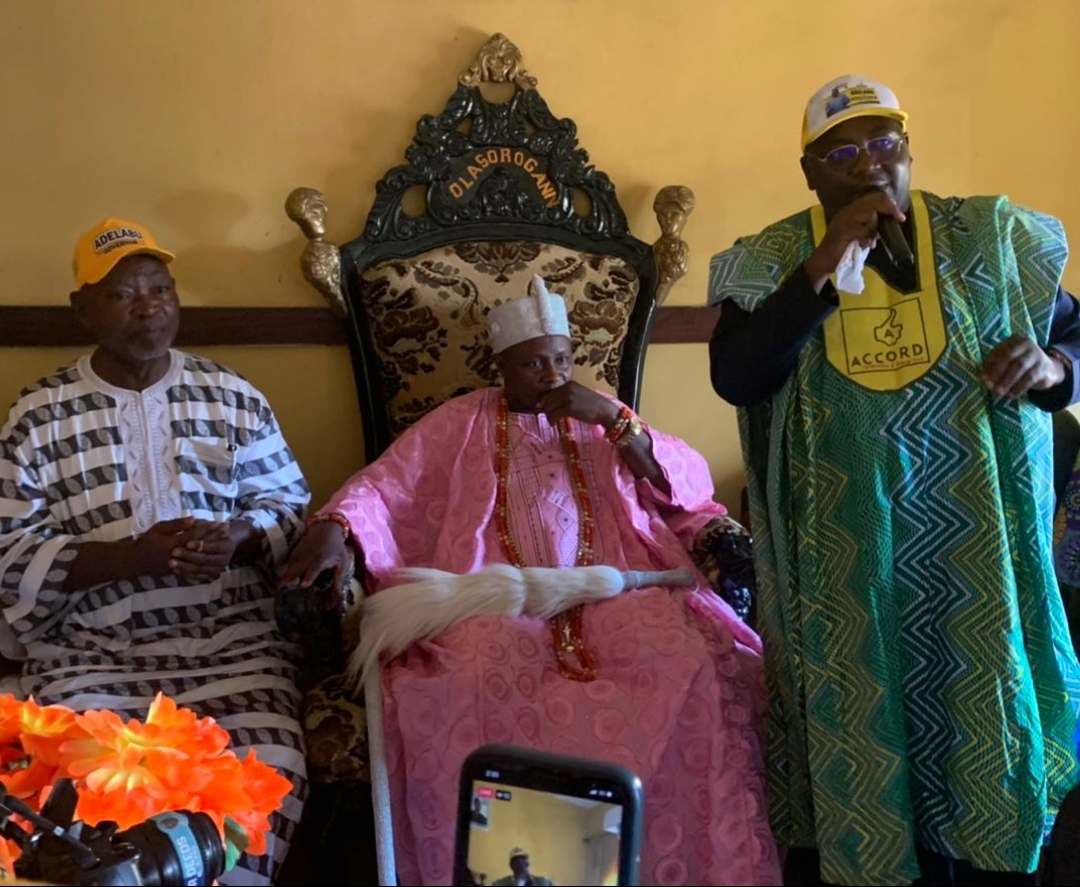 Governorship candidate of the Accord Party in Oyo State, Oloye Adebayo Adelabu has said the Oke Ogun area in Oyo State deserves to have its own university and promised to make this a priority when he emerges Governor of Oyo State in 2023 with the support of the people of Oke Ogun.

Adelabu spoke during his State- wide consultation trip which began in Oke Ogun on Wednesday. During his visit to the Alapata of Igboholand, HRM, Oba Joel Olalere, the Accord governorship candidate also described his last campaign as a learning curve for him to see the real side of politics.

“I am now a better person in leadership, politics and human relation”, he said

He also spoke on his developmental plans for Oyo State as contained in his 7- pronged manifesto adding that the people and their upliftment would always be a priority for him as governor of Oyo State.

Oba Olawuwo who prayed for the victory of the Accord candidate, Hon Dibu Ojerinde and Adelabu’s entourage in the forthcoming election also expressed displeasure with the present administration on issues of insecurity and poor agricultural development in OkeOgun area . He assured  Adelabu of  support since his manifesto centers on the development of Oke Ogun adding that OkeOgun was ripe for its own University.