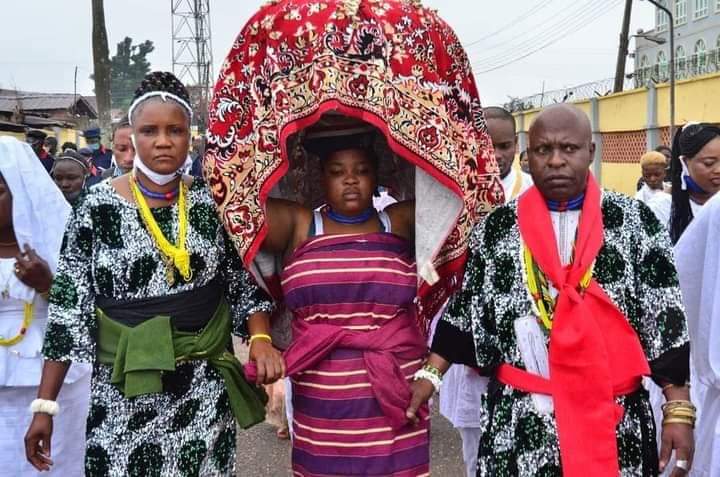 Activities marking the festivities of the annual Osun Osogbo Festival will climax this Friday 12th August 2022 with the grand finale which is the sacrificial offering by “Arugba” (Votary Maid) at the Osun Osogbo Sacred Grove inscribed as a UNESCO World Heritage Site in 2005.

The celebration of the two weeks festival commenced on Monday 1st August with “Iwopopo” (traditional cleansing of the town. Other key activities of the festival which is the biggest annual religious festival among the Yoruba people include “ Atupa Ina Oloju Merindinlogun” ( Traditional All Night Dance Around the 16 point Lamp ), “Iboriade” ( Display of the paraphernalia of office including. crowns, shoes, Horse Whips and Walking sticks of past Kings of Osogbo)

According to Arulogun.“A Post Covid -19 return to new normal life precipitated maximum participation by all stakeholders with all activities to mark and celebrate the 2022 Osun Osogbo Festival taking place successfully. The grand finale with its spirituality and customary grandeur will reinforce the uniqueness of the festival emphatic of the fact that Osun Osogbo Festival is not a social gathering but a cultural and spiritual pilgrimage in accord with the ancestors and spirits of Osogboland”

He stated further that the Osun Osogbo Festival is the biggest annual religious festival among the Yoruba people and serves as a strong unifying factor for indigenes of Osogboland, during which irrespective of the different social, economic, religious and political convictions of the people, they all come together annually to celebrate the festival.

Expected at the grand finale of the over 600 year old international heritage cultural tourism event celebrated as the annual sacrifice to the Osun River Goddess festival which is of immense benefit to the tourism sector of Nigeria are traditional rulers, top government functionaries, major stakeholders in the cultural tourism sector, local and international worshippers, devotees, spectators and tourists.