The Founder of Tegbe Foundation, Engr Joseph Olasunkanmi Tegbe on Saturday charged the youth of Ibarapa area and Oyo state in general to take advantage of their numerical strength to elect competent and compassionate leaders. This, he said, can only be ensured if they participate in party politics and the entire electoral process. 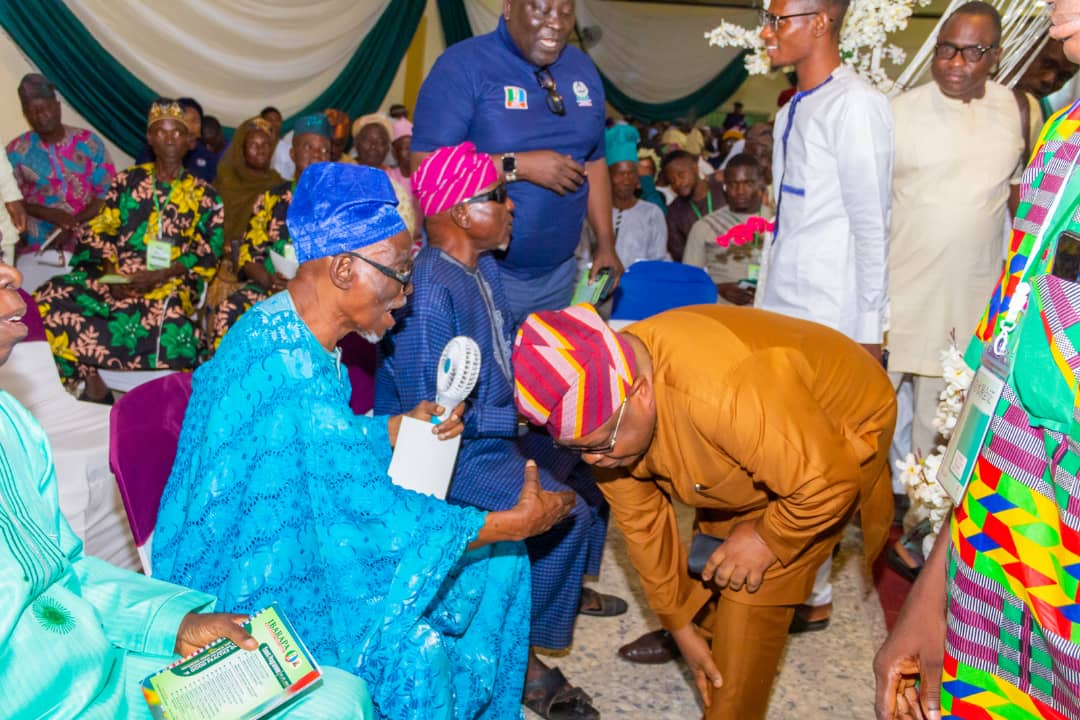 Tegbe was speaking at the Ibarapa Progressive Youth Summit which held on Saturday at the Heritage Resort Hall, Igboora.

Tegbe, an Ibadan Mogaji, pledged that in addition to other empowerment activities, his Foundation would sponsor the University Education of selected Ibarapa Indigenes. He also gave a handsome financial donation to the Ibarapa Progressive Youth Forum

Tegbe, who is a leading gubernatorial aspirant used the opportunity to continue his consultation with party elders, chairmen and other stakeholders from Ibarapa zone. He emphasised the need for all stakeholders in the party to stay United and work together to produce credible candidates across board so the party can return to the Agodi Government House.

The Ibarapa G9 Leaders led by Pa Timothy Jolaoso while responding, appreciated Tegbe for his continuous interaction and support to Ibarapa people. They lauded his humility, generosity and continuous support to the party in Ibarapa Land and Oyo state in general.

Previous Posts Re: Alleged Killing of 14 year-old Girl at Oodua Rally in Lagos
Next Posts PRESS STATEMENT FROM THE LAGOS STATE GOVERNMENT