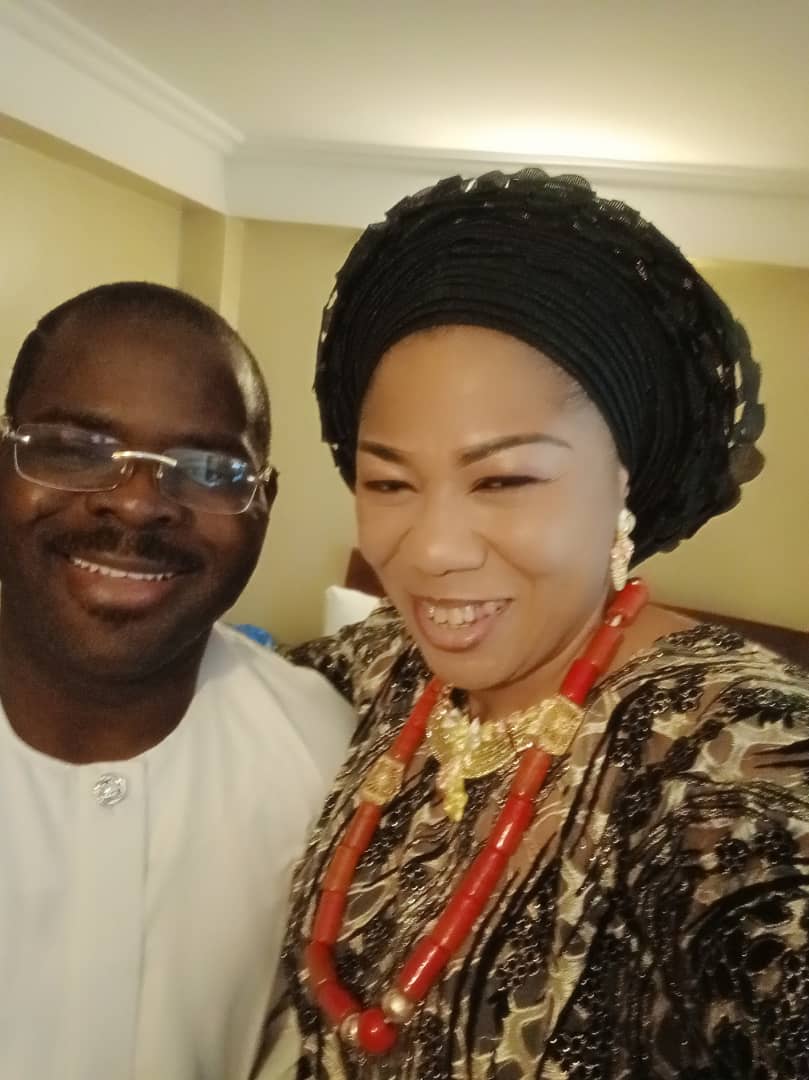 The Youth Leader of the Caretaker Committee of the All Progressives Congress in Oyo state, *Honourable Isiaka Salawu-Areokuta* has expressed his joy and relief over the eventual release of his wife, *Dr. Aderike Koshemani*, from the custody of some unknown gun men who kept her for over a week
*Mrs. Aderike Oni-Salawu*, an Ibadan-based medical doctor, was abducted late in the evening of May 23, 2021 at Aromolaran, Old-Ife Road, Ibadan by some armed men who attacked her in company of her husband while returning from work. She was made to spend eight days with her abductors who reportedly blindfolded her as they kept changing hideouts during the period.
While speaking with journalists in Ibadan on Tuesday, *Hon. Salawu-Areokuta*, expressed mixed feelings over the incident which he described as “the most agonising experience of my life which no sane human being should wish for his worst enemy. Up till this moment, I cannot understand why anybody would make any member of my family a target of abduction.
“It is only my wife who could explain the hell she went through in the hands of the kidnappers but I can tell you that it was God that saved. She told us that they kept threatening her but in the end, no physical injury was inflicted on her. We paid ransom but for certain reasons, I will not disclose the exact amount. We borrowed money to meet up with their ransom demand but we are trusting God for everything.
“However, it is very important for me to express my profound gratitude to everybody in the society who showed concern and also played key role during the period. Specifically, I must appreciate security agencies (particularly the State Police Command and the DSS), family members, friends, political associates (especially leaders and members of the APC in Oyo state and beyond), eminent religious leaders, business partners, journalists and media Organizations as well as members of the public who stood by my family throughout the period.
“All I want to say here is that the current security challenges we are facing in the society should not be handled with levity as the situation is degenerating everyday. Government at all levels must redouble their efforts and ensure that no stone is left unturned to find a lasting solution to the problem. Also, every member of the society should play their parts to assist security agencies in the task of keeping the society safe at all times.” *MOGAJI-AREOKUTA* added.

Previous Posts LG POLL: GOV. MAKINDE PLANS TO STAMP OUT JUDICIARY IN OYO | APC
Next Posts REMARKS BY THE SPEAKER OF THE HOUSE OF REPRESENTATIVES, REP. FEMI GBAJABIAMILA AT THE OPENING OF THE PUBLIC HEARING ON THE REVIEW OF THE CONSTITUTION