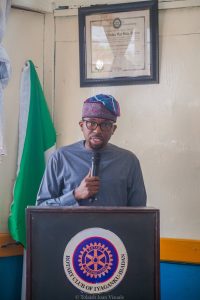 The Oyo state House of Assembly, on Tuesday, accused the sacked 33 local government Areas Chairmen and the 35 Local Council Development Areas chairpersons of gross misconduct during their tenure particularly from May, 2018 to June, 2019.

The House Ad-Hoc Committee constituted to investigate of the activities of the Local Government and Local Council Development Areas in the state from May, 2018 to June, 2019 to present reported that the sacked Chairmen duplicated programs, Inflated projects, submitted photocopies of bank statements instead of certified true copies, some spent monies out of their stabilization accounts without neccessary approval from the appropriate authority and some collected monies for project but refused to execute them.

While presenting the report, the Chairman of the House Ad-Hoc Committee constituted to investigate of the activities of the Local Government and Local Council Development Areas in the state Hon. Popoola recommended that the Oyo state Ministry of Local Government and Chieftaincy matters conduct a technical audits on all the projects executed by the LGAs and LCDAs chairmen during the reigns of the immediate past administration in Oyo state.

Following the recommendations of the chairman of the House Ad-Hoc committee on Local Government and Chieftaincy matters, the house minority leader, Asimiyu Alarape, an APC Chieftain and Hon. Seyi Adisa a member of the All Progressives Congress, enjoined the house to tread softly on the report.

However, in his remarks, the speaker, Oyo state house of assembly, Rt. Hon. Adebo Ogundoyin, vowed that the house will take the report very serious and Investigate further.

He added that the report will be forward to a forensic accountant to interpret the monetary aspect better after which the House will review the document and take necessary action.

He further said the public should not see their motive as a means of witch-hunting those who served in the last Administration, rather they should see it as part of their oversight functions.