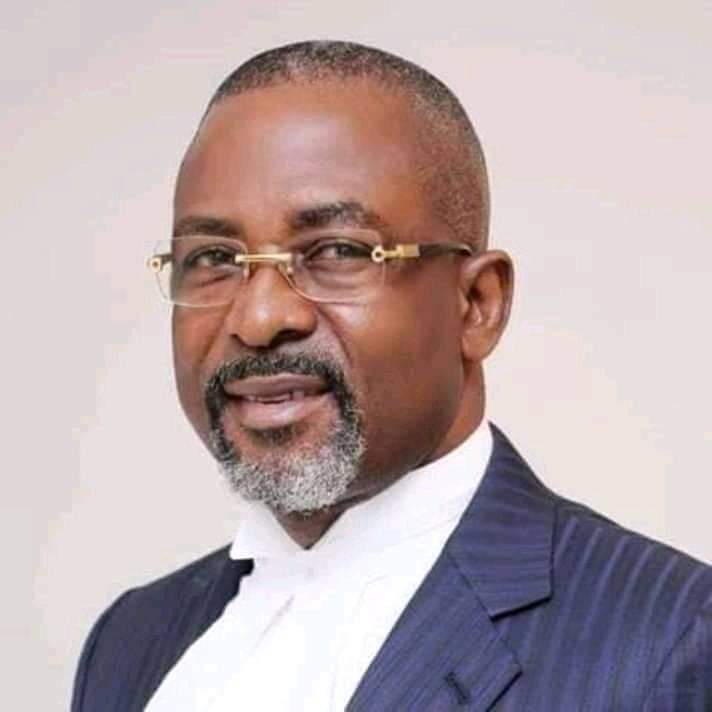 The People’s Democratic Party (PDP) National Legal Adviser,
Barrister Emmanuel Enoidem, has faulted the claims by Oyo State Governor, Engr Seyi Makinde, on the postponement of the South-West Zonal Congress of the party over an order of the court, saying “the governor did not give the true position of the facts of the matter both as it concerns the South West Zonal Congress and the Lagos State Chapter of our party before accusing me of wrong doings and professional misconducts.”

The National Legal Adviser said it was regretful that “Governor Makinde chose to take this matter to the public domain by addressing a press conference without even a call to me or even the National Chairman of the Parry on any suspicion of any malfeasance or professional misconducts on my part.”

He described the governor’s attacks, insinuations and blames piled on and leveled against him as “totally unfounded, misplaced and needless.”

bvious from the state of the facts stated above, that the attacks, insinuations and blames piled on and leveled against the National Legal Adviser, by HE Gov Makinde, are with all due respect, totally unfounded, misplaced and needless.

The statement read:
Yesterday I watched the press briefing of HE, Seyi Makinde, Gov of Oyo State on the Channels Tv and I also read it on several online Media and Blogs.

I ordinarily would not have joined issues with HE, the Gov, who is one of the leaders of our party. But unfortunately, the Gov did not give the true position of the facts of the matter both as it concerns the South West Zonal Congress and the Lagos State Chapter of our party before accusing me of wrong doings and professional misconducts.

It is quite regretful, that HE, the Gov chose to take this matter to the public domain by addressing a press conference without even a call to me or even the National Chairman of the Parry on any suspicion of any malfeasance or professional misconducts on my part.

“It is on the strength of the foregoing, that I consider it imperative to put the records straight for the benefit of the leadership of our party, the teaming membership and indeed, the general public, who may have watched the Gov’s briefing and or read same from the cyberspace.

It is public knowledge that the NWC of the PDP, in its meeting held on February 23, 2021, resolved to hold Zonal Congresses which were place on hold for some domestic and house keeping reasons on March 6, 2021.

However, when arrangements were made for the conduct of the congresses, I reminded the NWC that there is an interlocutory injunction, a copy of which had earlier been placed on the NWC Whatsapp’s platform, issued by the Federal High Court, sitting in Lagos State on January 19, 2021, restraining the Party from conducting the South West Congress until the determination of the Originating Summons. The suit No. is FHC/L/CS/63/2021 and the Parties are: HON. DAYO OGUNGBENRO & 11 ORS ( representing members of the Caretaker Committee of the South West Zone) and PRINCE UCHE SECONDUS ( representing NWC &NEC), EMMANUEL ENOIDEM (National Legal Adviser) & PDP.

My office, and indeed, the Party became aware of the case on January 22, 2021, when we were served with the originating processes and the order of injunction.

On January 25, 2021, I instructed Segun Arowoyele, Esq, of Brainfield Law Chambers, 33, Adegbola Street, Lagos, to represent the Party in the case, pursuant to the powers given to the National Legal Adviser in Section 42 (1) (b) of the Constitution 2017 (as amended).

The allegations made by HE, Gov Makinde that the Party or the NLA, instituted the case as Plsintiffs and Defendants and proceeded to instruct legal representations for both the Plaintiffs and the Defendants are totally incorrect, false and gross misrepresentations of the facts. May I say again for the avoidance of doubt, that there is no truth in those allegations at all. I have never met and I do not know any of the Plaintiffs in the case uptil this very moment. The South West Zonal officers of the Party were selected under the superintendency of HE Gov, Makinde. So he is in a position to know them.

As the Legal Adviser, it will smack of professional irresponsibility if I were to advise the Party to proceed with the South West Zonal Congress as scheduled in the face of a very positive restraining order from the Court. Our Party was founded on the principles of the rule of law and due process and the present NWC is a stickler and an unrepentant adherent to these principles.

On November 13, 2019, the NWC, through the office of the National Organising Secretary, conducted a Special State Congress to fill 5 vacant offices that were created in the Lagos Chapter on account of resignation, death and defections.
A faction of Party in Lagos State went to Court to challenge the powers of the Party to conduct the Special State Congress. They alleged that it was the right of the Lagos Chapter to fill the vacant positions.

Thereafter, HE Gov Makinde, met and informed me of his intention to get the matter settled out of Court and that he has already discussed it with the National Chairman. I was, as should be expected, delighted and I informed HE that as a prelude to that he should prevail on the Plaintiffs in the case to withdraw the matter from court to pave way for the settlement. He said he was going to do that and that he will inform me of further development.

From June 2020, when he told me this, I did not hear from HE on any development in the matter. The case was also caught up by the covid lockdown and the arson that engulfed the Lagos State High Court during the EndSARS protests. All these provided sufficient window of opportunity for his HE to perfect the proposed out of Court settlement of the case. This was not done.

However, sometime in February 2021, we received a hearing notice from the Court for the continuation of hearing in the case fixed for February 16, 2021. I was not disposed to be in court so I instructed one of the lawyers in the legal department to represent the Party, the National Chairman and others who were sued as Defendants in the case.

Again, let me reiterate for the avoidance doubt, that the Party was not the Plaintiff in the Lagos case. The Party and its officers including the National Chsirman were Defendants.

By the rule of procedure, it is only the Plaintiff(s) who instituted a case that have/has the prerogative to withdraw same. The Defendant(s), no matter how well meant, have/has no powers to withdraw any case from Court except to apply for same to be dismissed or struck out for want of prosecution.

If HE Gov Makinde has met any failure in settling the factions in Lagos, it was not on account of any fault of the National Legal Adviser or the NWC for that matter. The NWC/NLA actively, at all times, encourage settlement of intra-party conflicts in all our organs, arms and between members. It is indeed, the best way to handle such matters as they are called domestic affairs and so non-justiciable.

It is obvious from the state of the facts stated above, that the attacks, insinuations and blames piled on and leveled against the National Legal Adviser, by HE Gov Makinde, are with all due respect, totally unfounded, misplaced and needless.