Oyo Today had earlier reported that;

Lagos State Commissioner for Agriculture, Ms. Abisola Olusanya has said that no fewer than 3,000 agripreneurs would be empowered at this year’s annual Agricultural Value Chains Enterprise Activation Programme slated for Thursday, 29th July, 2021. 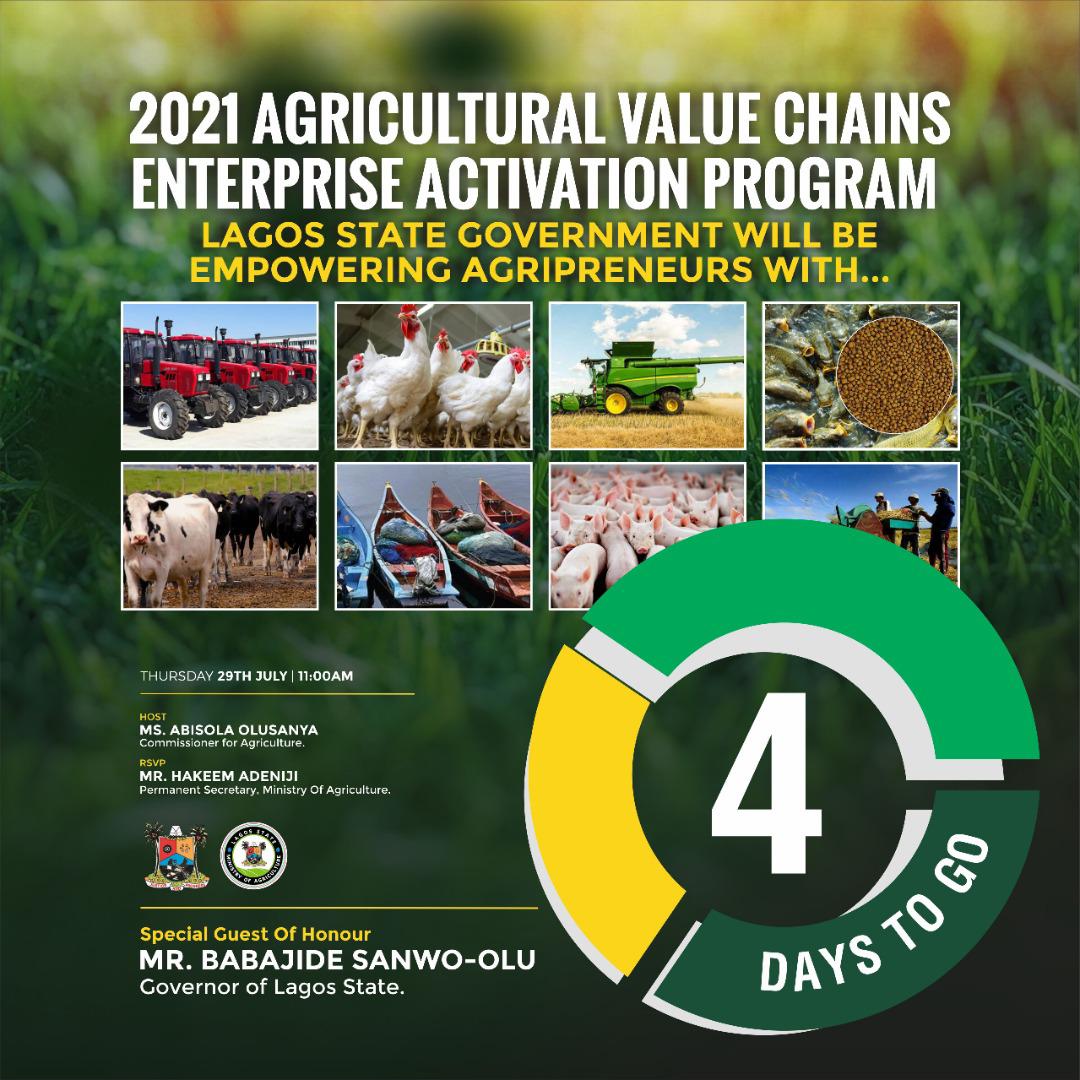 Olusanya who spoke in Lagos over the weekend explained that 70% of the beneficiaries are women and youth adding that the Programme has been specifically targeted at three value chains of poultry, fisheries (artisanal) and piggery.

“This year’s Agricultural Value Chains Enterprise Activation Programme will be coming up on Thursday, 29th July, 2021 where we will be giving out farm implements and other inputs to 3,000 agripreneurs across three value chains of poultry, piggery and fisheries.

She noted that the Programme was in line with the Babajide Sanwo-Olu-led administration’s THEMES developmental agenda with the fourth pillar of making Lagos a 21st Century Economy in focus.

The Commissioner noted that through the Programme, the State would be on a rapid track of attaining food self-sufficiency and reduce its dependence on other States for food.

Olusanya stated that the selection process was free of any interference whatsoever from the political sphere as all beneficiaries were either selected on merit or through nominations by their Agriculture Cooperative Associations.

She therefore urged all would-be beneficiaries to fully maximize all that they would be getting so that they can be agriculture ambassadors that the State would be proud of while serving as inspirations for younger ones who would like to venture into the agriculture business.