Re: Malicious report about the Alaafin by some online Media Platforms…

Re: Malicious report about the Alaafin by some online Media Platforms… 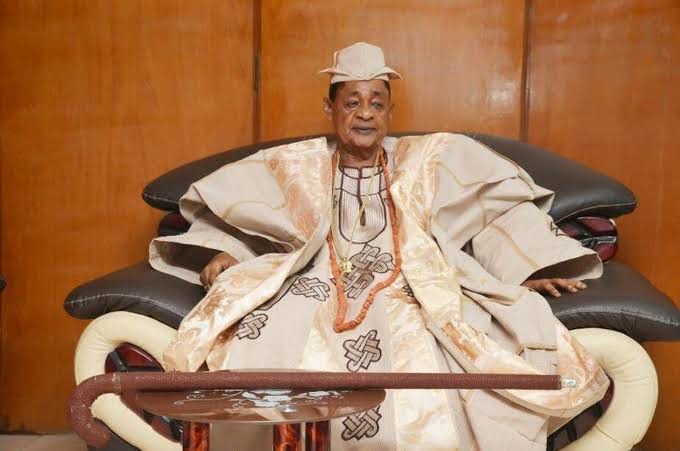 We want to State categorically that at no point in time did the Alaafin blamed the President for the massacres at Lekki toll gate.

What Oba Axeyemi said was that he condemned arsons, mindless killings and other heinous Acts committed by the hoodlums who hijacked the protest .

Oba Adeyemi also advocated the urgent need for the family as the first socializing unit, the government, religious and opinion leaders, as well as various non-governmental organizations to work assiduously to inculcate in the youths the virtues of hard work, patriotism, and exemplary leadership.
This, he said, was in addition to creating the conducive atmosphere for the realization of the numerous potentials of the youths to enable
them play the expected roles as future leaders, adding that it is not to late to remove the encumbrances on the way to actualizing the
Nigerian youths as future leaders.

According to the monarch, ‘’it is only when we have the right legacy to bequeath as well as the youths with the right frame of mind, opportunities and conducive atmosphere and readiness to receive same and keep the flag flying that we can truly be said to understand the full import of leaders. The implication portends something ominous for
the society as a whole’’.

He pointed out that all over the world youths are regarded as the future leaders of the society, stressing that ‘’this is not a misplaced or wistful thinking as this class of energetic citizens
posses enormous and multi dimensional talents, powers and creative abilities which if moulded and harnessed in a fit and proper atmosphere, can translate to generational wellbeing in the social,
political and economic life of the society.

‘’It is against this backdrop that nations, particularly those subscribing to democratic norms and values, evolve deliberate policy
measures aimed at prioritizing genuine issues geared towards giving eloquent expression to youth development, self-actualization and
repositioning for future leadership’’.

Oba Adeyemi said, “the government at all levels must listen to those youths and also calm them down because the refusal of the government to listen to those children and address them led to the persistent protests, which resulted in the Lekki Toll Gate Shooting, that killed many of them, and this also led to the destruction of properties that happened almost across the nation.”

Speaking further, the Alaafin said the traditional institution has little role to play on the matter at hand, noting that “we can’t play a major role on the matter at hand, the State and Federal Government were not listening to the agitations of these children when they were calling on all of us, and that has resulted to what we have witnessed.

Where then does these online Media get their libelious reports from? It is indeed mere fabrications to smear the image of the revered Ruler.
However, it is mandatory for Journalists to master and understand professional ethics, as well as synergise the advantage of innovative fact checking mechanisms, with a view to combating fake, unsubstantiated news and hate speeches.

Fake news and hate speech exist, and are being perpetrated by professional and non-professional journalists, which has created a threat to credibility and journalism profession, democracy as well as unity, peace and overall national development.

The lack of upholding the tenets of the profession and decline of the conventional media practice, are responsible for the trending of unethical operations by some Media.
Journalists must report objectively by being truthful, accurate and unbiased in the discharge of their duties.
We therefore urge members of the public to ignore and disregard the online media’s report as unfounded, baseless and mischievous.