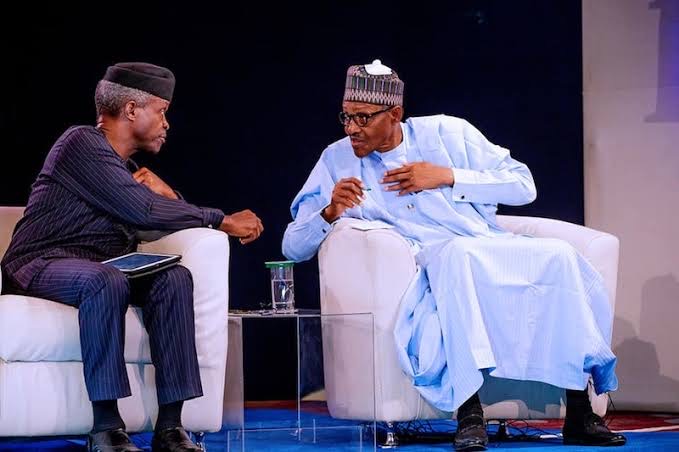 This morning, Nigerians woke up to yet another smear campaign against the very hardworking indefatigable Vice President, Prof. Yemi Osinbajo, SAN by a charge and bail lawyer, Olusegun Bamgbose who is said to be the National Coordinator of an obscure organization, the Concerned Advocates for Good Governance, CAGG.

As reported by some online blogs and in the social media, Olusegun in his vile campaign of calumny against the Vice President and the President Muhammadu Buhari ‘s administration, maliciously claimed that the Vice president has been Sidelined by the President in the schemes of things.

For anybody who is familiar with the happenings in this country, such claims are laughable, unconscionable, malicious and a figment of the wildest imagination of Olusegun and his antics. In fact, there are better imagined.

At Olusegun’s age, Osinbajo had made name for years as a Senior Advocate of Nigeria and a Professor of Law. Even as a charge and bail, one expects that he should know better but how wrong we all were.

To start with, how can a Vice President of Prof. Osinbajo standing be Sidelined when the responsibilities of the office of the Vice President are clearly defined by the constitution? with Prof. Osinbajo ‘s background, isn’t it unimaginable for any right thinking member of the society to insinuate such balderdash?

It’s common knowledge that with what Prof. Osinbajo has done since assuming office as the Vice President of this country in 2015, he has set the bar so high that whoever will come after him may struggle to fulfill.

A Vice President who is the Chairman of National Economic Council, a body responsible for the policy framework of this country cannot in anyway be said to be Sidelined.

A Vice President who is championing economic recovery as Chairman of Economic Sustainability Plan (ESP), cannot be said to be Sidelined.

It’s an insult to insinuate that a Vice President who is leading the chant for the bridge of electricity gap through renewable energy is Sidelined.

A Vice President, entrusted with the responsibility of reorganizing the ruling APC as the Chairman of Tripartite Committee of the Executive, Legislature and Party by the President cannot be said to be Sidelined.

A Vice President who’s playing key role in the reformation of the Nigeria Police is too involved in the administration to be Sidelined.

Mention any sector of the economy or strata of government and Osinbajo ‘s contributions have been very bold for all to see.

May be Olusegun and his likes are confusing the functions of the Vice President to those of an Acting President that Prof. Osinbajo served efficiently and effectively for considerable number of months during their first tenure. If that’s the case, he’s excused but advised to check his constitution again.

For the record, no Vice President in recent time has done half or undertaken half of the responsibilities the incumbent has and is undertaking. If not that some opposition elements consider it an abomination to appreciate good work, what Osinbajo needs now is appreciation and encouragement to do more and not blackmail and cheap lies to gain undue publicity.