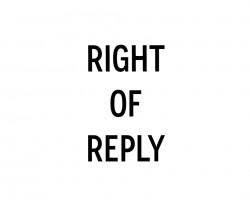 When freebies stop coming to the dog, the natural thing is for it is to start barking at every Tom, Dick and Harry. When a system is so endemic that it perpetually keeps a people subservient to decision-makers within the polity, the tendency is that such victims of the dastardly system become pawns in the shenanigans within the society and so easy preys to societal vultures.

A society that promotes pervasive clientelism makes the upholders of probity and public accountability vulnerable to the holders of public trust. The press which plays a very pivotal role in shaping public perception, strengthening democratic deliverables and promoting public awareness as well as checking the misuse of public office has long abandoned these very important roles.

There is no doubt that a mismanaged privately-run news-house that does not provide enough finance and which equally lacks a strong capital base will throw up the likes of Eniola Bello whose means of sustenance is dependent on the crumbs from senior political office holders and businessmen and women.

Otherwise, one would have thought Eniola at that peak of his pay-as-you-go media career should have gone for investigative journalism to know a few things on issues or personalities to write about. But then, in today’s Nigeria, investigative and routine journalism, two distinct phenomena – each on its own are sadly, not dissimilar.

Like the electronic media, the print media reeks, if not more with odoriferous ooze than the electronic media in terms of deliverables. Today, the print media where Eniola enjoys vainglorious big cheesism (sic) is lost in moral perpendicularity to even prick people’s conscience on the issue of public governance. That Eniola, a so-called managing director of a newspaper establishment, could come up with a trashy piece titled, “Yahaya Bello: The Ugly Face of APC” without fact-checking is a new low in his tainted personality.

It is not only possible that Eniola is shallow, myopic and narrow-minded in thought, he may have found himself at that top echelon in the media through the same bad system by bribing his way through or simply through what is said colloquially in Nigeria parlance – ‘man no man’.

Otherwise, how could a so-called media ‘guru’ not have done his discreet investigation about a man he ostensibly intended to denigrate?

The Managing Editor of a popular newspaper like ThisDay would come out to display the acme of ignorance is another reason many people hold the opinions that Nigeria’s educational curriculum needs a complete and total overhaul. People like Eniola who speak or write balderdash because they need to bait their living but are seen as public figures are a menace to the society and should be tamed as fast as possible lest they cause further damage to public wellness.

Eniola, without an iota of shame, would come out to speak of Governor Yahaya Bello of Kogi State lacking leadership of welfarism in his taradiddle is the most ridiculous nonsense I have read in recent times. That Eniola wrote without adducing facts is enough to throw his gibberish into where it rightfully belongs – the waste bin of journalism!

If one must clothe another person, then such a person must be garbed in regalia of ostentation. But in the case of Eniola, he has no moral or professional justification to accuse Governor Yahaya Bello of lacking welfare for the people of the State he governs because of his personal views on the ravaging COVID-19 pandemic. Eniola Bello is seated as the Managing Director (Chief Operating Officer) of a renowned news media like ThisDay newspaper, yet, workers are owed arrears of salaries while Eniola ‘unlooks’ but will prefer to sip his coffee in his AC-ed office.

In the same industry where the take-home pay of the average journalist cannot pay his entire transport for the month, Eniola lives large by ‘worshipping’ political office holders and business moguls while his workers languish in overt penury. Same Eniola would accuse another man of indifference to people’s welfare.

What is more pernicious than when a man is denied his pay having worked for it by his paymaster! Did Eniola not read it in the Scriptures that a workers due must not be denied of him?

Is journalism no longer about gathering information whenever and from wherever? What stops Eniola from seeking adequate information about what he knew little or nothing about? What a cheek of a man who claims to be a journalist! Since Eniola has shown he is as dumb as ‘dodoyo’ (nitwit) by not fact-checking the achievements of Governor Yahaya Bello since assumption of office, and has challenged people to show him what the young man has achieved in 5 years; permit me to refer the ‘olodo’ to this online portal, perhaps he may decide to go on a fact-finding mission to affirm the veracity or mendacity of such claims: www.yahayabelloachievements.com. And, wait! Eniola must come back and tell Nigerians his findings after he must have gone to investigate these claims. He should not bother about his bills; he appears to be a hungry-looking opposition paid writer. Now that ‘brown envelope’ journalism is nearly dead, he needs some ‘bankrolling’ which we will be glad we did for him to carry out a proper investigation in Kogi state.

For the records, Governor Yahaya Bello did not self-appoint himself to mediate in the recent scuffle between the Southern and Northern traders in the country.

Concerned Nigerians and party faithful reached out to him to pacify both parties. And as for chairing the All Progressives Congress, APC party registration, revalidation and mobilization exercise, the party saw his youthfulness and the ability to galvanise people across the length and breadth of the country for the all-important task before saddling him with such an important role.

A role he played so dutifully with commendations from party faithful within and outside the country. His committee did so well that the All Progressives Congress (APC) had to extend the registration exercise with millions of Nigerians trooping to enlist as members of the governing party.

Eniola Bello, you are a doofus! Get a life.