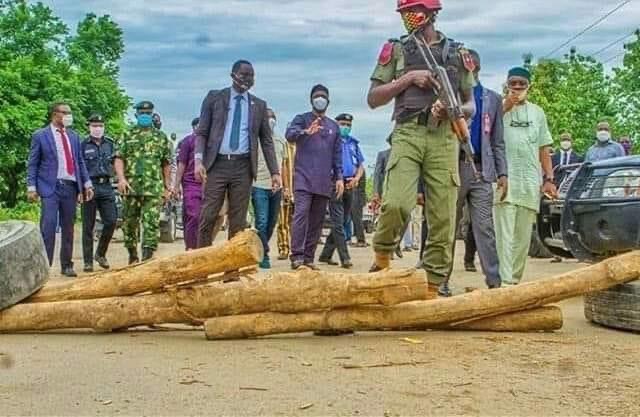 A group of concerned citizens within the All Progressives Congress in Oyo state, The Pacesetters Initiative (TPI), has cried out over alleged collapse of security in the state since Governor Seyi Makinde took over the baton of governance from late Senator Abiola Ajimobi in May, 2019.

Unofficial sources have it that Oyo state has, in recent times, emerged the most troubled state in the Southern part of the country in relation to the astronomical rise in the cases of armed banditry, kidnapping, hoodlum attacks, murder, extra judicial killings, gang wars among others as reported on daily basis across the zones of Ibadan, Ibarapa, Oke-Ogun, Ogbomoso and Oyo.

In a statement issued at the weekend and made available to journalists in Ibadan by Hon. Afeez Bolaji Repete and Olawale Sadare, the Group’s Coordinator and acting Director of Organization respectively, TPI blamed the spate of insecurity in Oyo state on “Gov. Makinde’s alleged incompetence, inexperience and grandstanding.

“We have watched with dismay how the current PDP administration has failed in the all-important task of securing the lives and property of the people. Things took a frightening dimension from the first day when Gov. Makinde did not mince words to indicate his desire to set aside all the fantastic programmes of his predecessor, as it included proper handling of security, for no just reasons other than politics.

“In actual fact, insecurity did not creep into Oyo state naturally as it took its roots from Gov. Makinde’s failure to study the system he inherited with a view to improving on it. He neither deemed it necessary to mobilize support from relevant stakeholders nor read a riot act to criminal elements not to heave a sigh of relief as Sen. Ajimobi had left the saddle. The new governor did not only wait until criminal elements were able to regroup and regain confidence to continue their nefarious activities, he overtly and covertly encouraged hoodlums who he treats as friends of his administration.

“As a result of this; residents of Ibadan are now under the palpable fear of hoodlum attacks, armed robbery, extra judicial killings, brigandage and other organized crimes even as people in Oke-Ogun, Ibarapa and Ogbomoso battle banditry and killings in the hands of rampaging herdsmen and insurgents. People of Oyo town can no longer sleep with their two eyes closed due to regular gang or cult clashes. As if this was not enough, disorderliness has taken over the public space such that street trading, suffocating road traffic and public indiscipline are now the order of the day particularly in Ibadan, the state capital.
“However, as much as some uninformed persons might want to blame the federal government for the spate of insecurity in Oyo state, we would challenge them to ask Gov. Makinde whether he has ever been denied his own share of the monthly stupendous security votes being paid to each of the governors in all the 36 states of the federation. Another pertinent question here is whether President Muhammadu Buhari had ever stopped him from working together with the Police, Army, NSCDC and other security agencies in the state to sustain or improve upon the achievement of his predecessor especially in the area of security.
“To this end, it is imperative for the governor to mend fences with all security agencies who might have been disappointed by his actions and inactions which encouraged hoodlums to hijack the last ‘EndSARS’ protests in the state as lives of some law enforcement agents, equipment and facilities were avoidably lost. In conclusion, the state government should be advised not to see its Amotekun outfit, populated by PDP members, as an alternative to the regular law enforcement agencies otherwise, the danger ahead would be unimaginable.” TPI stated.