That Ortom’s message as Nigeria sleepwalks into Rwanda | Kayode Ogundamisi

That Ortom’s message as Nigeria sleepwalks into Rwanda – Kayode Ogundamisi 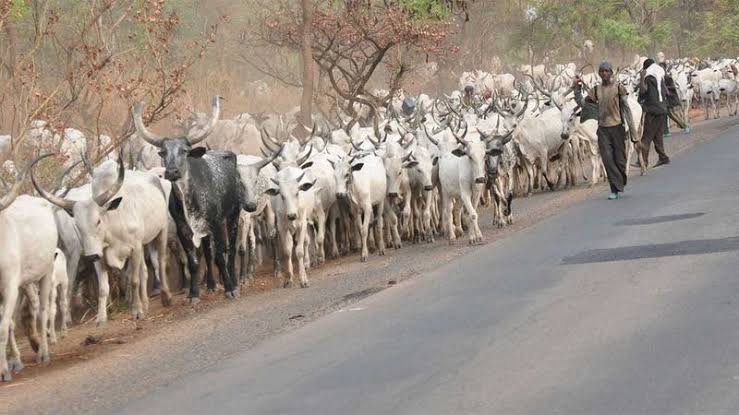 You may disagree with Ortorm and heaven knows he’s an opportunist whose only achievements as Benue Governor are his rabid anti-Fulani rants and generally criminalizing the Fulanis without even any attempt to separate the criminal elements from peace-loving Fulanis.

A perfect opportunity for Ortom and some of his other Governor colleagues to cover their own incompetence, but you cannot argue against Ortoms valid point that the President, Muhammad Bulgaria has acted in ways that would leave even some of his staunch supporters with the conclusion that when it comes to the Herdsmen kidnappings and Farmers conflict, the Presidency has treated it with kids gloves.

In all seriousness, you would expect the Presidency to declare war on anyone found with an AK47 and camping in Forests. Mobilize all our military assets in those areas to prevent criminal elements from attacking Nigerians and dealing decisively with anyone attacking members of our community simply because they hold the same tribal origin as some criminals.

We are sleepwalking into Rwanda and when the rain falls?

The President should see the conflict as a national emergency, declare war on anyone found with an AK47 and camping in Forests. Mobilize all our internal security and if needed military assets in those areas to prevent criminal elements from attacking and terrorizing Nigerians.

The Presidency and state governors must also be very firm in dealing with criminal elements attacking innocent people and wiping out communities under the guise of going after the Fulani. We can not accept criminals carrying out collective punishment and burning communities.

A National Livestock Transformation Plan #NLTP, which was a Federal Government initiative under the Vice President Prof Osinbajo, the NLTP was a product of consultation across the states, and other stakeholders was abandoned because people started reading ethnic and religious meanings, we shut it down.

State governors rather than explain the proposal for ranching, RUGA settlements, work with stakeholders to reach a compromise decided to call it colonization and work on the emotions of their citizens for political capital. Pastors criminalized herders, some in the North see genuine concerns raised against ranches as an attack on the North, we all went on a frenzy, we went shouting, no one was talking and no one was listening, the problem remains.

Community policing strategy was launched by FG, some State Governors are yet to link into it, you would think Amotekun/ECN/ and other vigilante groups will be inducted to buffer the Nigerian Police, but these platforms now see themselves as ethnic militias protecting their ethnic groups

We want to pretend Herdsmen are not Nigerians and are not deserving of support because for some reason we assume all herdmen are Fulani criminals, we have muddled up the crime with our deep-rooted ethnic and religious biases and thus the crisis gets more complicated.

On the part of President Buhari and his government, you have been very insensitive when it comes to issues relating to Herdsmen, either failing to respond in a strong and firm way or many times getting extremely defensive, the response and attack on Governor Akeredolu of Ondo State is one out of many examples. Change your strategy.

In certain regions, particularly the South West, the political leaders have created a leadership vacuum thus the emergence of non-state actors/ex-criminals, warmongers who are gaining wide acceptance from the people, a dangerous wind with huge reparations for the country.

The people are frustrated and will listen to anyone who will demonstrate some elements of ‘madness’ and action in fighting criminals, sadly the madness of non-state actions can metamorphose into a dangerous ethnic, and religious war as people have sinister agendas.

The situation in Nigeria should not be allowed to generate to the poor being made to believe that their enemies are poor people from other ethnic groups who have lived peacefully with them for centuries, those in leadership must lead and secure the country as a matter of urgency.

To propagandist pouring fuel on the burning edifice called Nigeria by sharing fake videos and news on social media, particularly on WhatsApp. Save this write up and note. NO NIGERIAN REGION HAS THE CAPACITY TO WIN A WAR OR CONQUARE THE OTHER! A WALK INTO RWANDA WITH NO VICTOR!