Very early In life, I came in contact with the quote by Chinua Achebe, it reads,

If you Hear only one side of the story, you have no understanding at all.

That is why you have to be really patient and listen extensively. 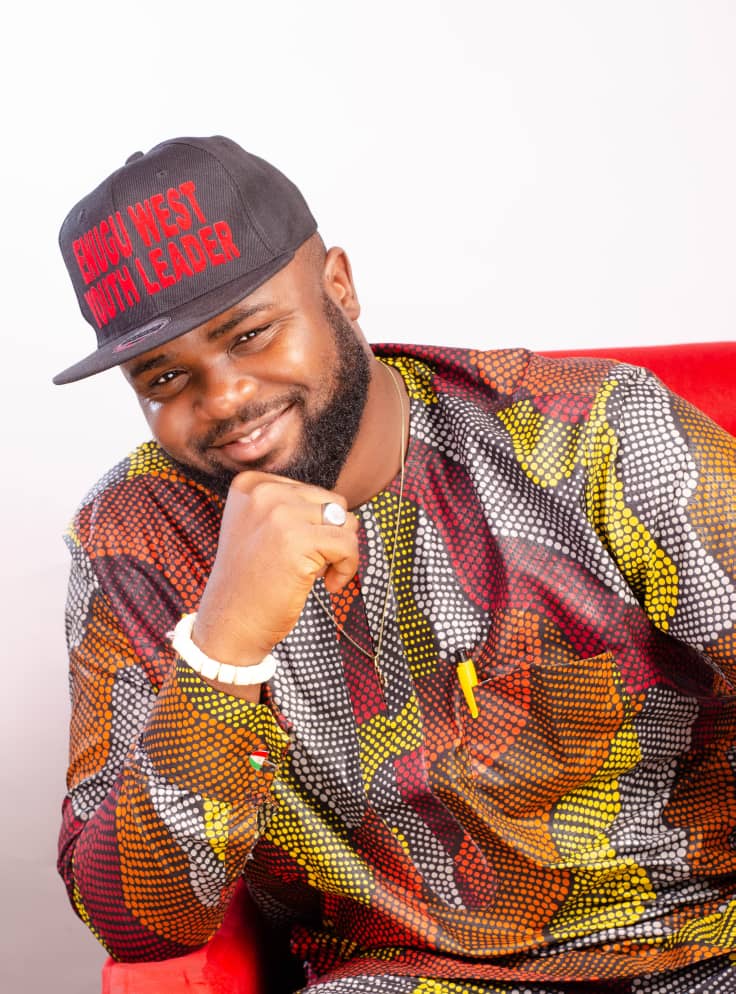 On May 24th 2020, I was inaugurated as the new coordinator General Enugu West Youth General Assembly, with Comr. Collins Obinna Nebo as my secretary and Mr. Kingsley Ogbonna as Awgu LGA Coordinator, Mr. Serguis Njoku as Aninri LGA coordinator, Mr. Ikenna Maduakor as Oji River coordinator, Mr. Paschal Ozougwu as Ezeagu Coordinator and Mr. Ugochukwu as Udi Coordinator.
Present where ex – executives of Enugu West Youth General Assembly and in my acceptance speech, I thanked everyone and promised to give everyone an aura of belonging in my leadership and asked for their support to strengthen the youth constituency in Enugu West Senatorial district, because it’s noteworthy to note that; To go fast is to go alone, but to go farther, we need to go together.

I also made it known that my agenda in Enugu West remains the empowerment of Enugu West Youth constituency, so as to unleash their full potentials which they all agreed to.

On the 20th of June 2020, we went on a familiarization visit to the Governor, and there I notified him about our drive to empower Enugu West Youth through skill acquisitions and informed him that we were already in touch with some organizations on partnering with us to empower the Youths of Enugu West. I also prayed him to please support our empowerment agenda which he pledged to support us and asked I present the letter from the said company “APTECH COMPUTER EDUCATION WORLDWIDE”.

On our way out some amount of money was released to me and my group as logistics support and issues came out of it which was resolved in a meeting called by some stakeholders.

I am willing to address the issue again if need be in an inhouse meeting and am very sure the outcome will surprise many.

Prior to the Government house meeting, I had already written to Microsoft and was referred to its platinum partner “APTECH COMPUTER EDUCATION” to handle the COVID-19 empowerment palliative for the youths of my constituency. I personally chose:

As I knew those were the in demand skills and are the requisite skills they need to remotely survive the COVID-19 pandemic.

Due to my passion for Youth empowerment I convinced the company to not just empower the youths but to brand them through value reorientation and to avail them the necessary tech space advantage in several online freelancing platforms where they can readily make money online remotely.

Ordinarily, each of this training are in the range of N75k to N150k but due to the tech palliative, my network and my understanding of the tech industry, I got a far-reaching discount off the said palliative price for 15k per student with 3 Months duration. I did all this with the support of my secretary Comr. Collins Obinna Nebo and my 5 LGA Coordinators.

Based on my correspondence with the youth friendly Governor of our state, His Excellency Rt. Hon. Dr. Ifeanyi Laurence Ugwuanyi, we intimated the company on our readiness to do the project and an invoice was raised with a discount due date of 17th July 2020, which was 2 weeks from the date of the proposed invoice.

Mind you, my secretary signed and collected the documents on behalf of the organization but due to some unforseen circumstances we couldn’t submit the letter to the Governor until the said 17th July.

After a brief meeting with my coordinators that same day, I responded to their questions on why the letter is yet to be submitted and promised to give them a positive response as regards that.

Later that evening I submitted the letter and I notified the government of the timely response needed. I had already reached out to the company and sought for an extension of 2 working days, luckily for us 50% of the project cost was released to us.

I immediately called for a meeting and intimated my executives who were already hatching a plot to sabotage the empowerment project and rather share the funds amongst themselves.

After all, it was our national treasury, those were their words. Sadly.

It might be unknown to them but they were obviously playing out the script of the cabal, they tried to convince me to delay paying the company and rather open an account with 3 persons as signatories and from whence they will now get a cheaper company that can do the same thing. Knowing their capacities and the very shameless views they share which are very divergent from mine, I took it upon myself to do the right thing in the interest of the Youths of Enugu West Senatorial district.

As the Coordinator General of Enugu West Youth General Assembly whose interest is for the well-being and empowerment of the teaming youths of my constituency, I called upon one of my coordinators and we went ahead to pay the money into the company’s account, got a receipt and a letter of acknowledgement to that effect. I must reiterate the fact that as a true leader, I can not and will never undermine the well-being of my constituents for my personal agrandizement. And asides the money paid to the company as part payment for the program, we had set aside N625k for our organizations logistics during the event which is very much intact as I speak.

Let me reiterate the fact that it was my insistence to engage the company and go on with the project that angered some of my coordinators who signed the VOTE OF NO CONFIDENCE on me as I went against their wishes to open an account with 2 of them as signatories which obviously was a plot to sabotage the God giving opportunity we secured for the youths of Enugu West.

I must also correct this impression, THE ENUGU WEST YOUTH GENERAL ASSEMBLY has no BOARD OF TRUSTEES. Upon assumption of office I personally made the former leaders of the association members the LEAGUE OF PATRONS, whose duties are primarily to advise the executives and never to issue suspensions. I am a young man with dignity and respect, and if anyone or group of persons had invited me to find out what was going on, I will be very willing to share and explain the situations on ground but I was neither invited by anyone nor group of persons to explain whatever the issue was only to see a LETTER OF SUSPENSION on social media.
With all respect, I had expected to be invited to give account of my stewardship which was what the PIONEER COORDINATOR GENERAL AND FOUNDER of the Organization

Hon. Barr. Chima Obieze did on the 24th July 2020 when he invited the executives and the league of Patrons to a meeting to address this but because they were hatching a plan to embarrass themselves and not me they absconded from that meeting which was meant to discuss the issues face to face and they released all the social media materials in a bid to create chaos online.

I need to mention this, they have started a campaign of calumny against myself before leaders of Enugu West Senatorial district. They said I am a saboteur, I am not loyal, and all sort. When I heard all this I was amused because I know it won’t be long before our loyalty will be tested. Until then, I reserve my comments.

I am Hon. Amb. Elvis Obi-Nwankwo, a child of Grace with passion for empowerment and I cannot be cowed to bring out money meant for the empowerment of youths for the pockets of a few greedy and selfish individuals.

As a man of peace, togetherness and progress, am still here and ready to attend any reconciliatory meeting or any meeting called by any interested parties to settle these issues. I am not running away and regardless of what they say, my strength is renewed daily like that of all Eagle because my heart is pure.

I call on all the directors of EWYGA directorates to continue their duties without any fear or distractions.

I also wish to inform the youths of Enugu West to go ahead and apply for the free training which I am going to see to the very end.

I pray to the general public to disregard the writeups as those are nothing but mere distractions.

In conclusion I want to thank some Leaders of Enugu west who have kept on advising us and Trying to strengthen this group;

Among others….God bless you all.