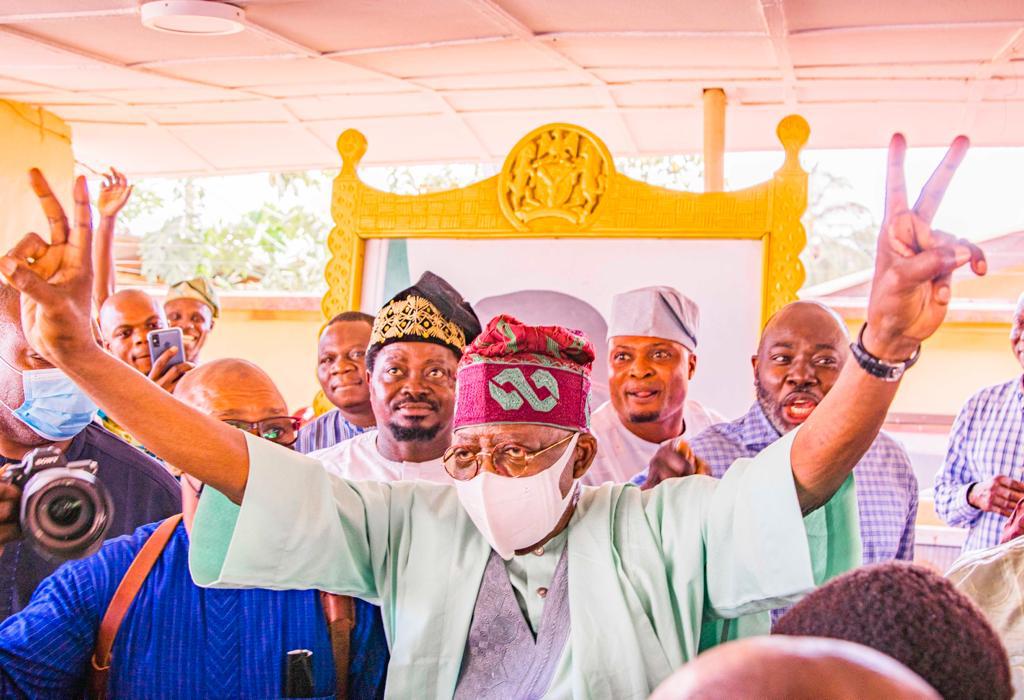 It is with great trepidation that I am choosing to get back into the political fray on this platform after my long Hiatus. But when duty calls, a real man or woman must answer the call. I am prepared for this contribution to evoke the same combustible, fiery and visceral reactions from certain quarters, irrespective on the merits or demerits. I am however resolute in not giving up my agency just because of any minor discomfort. But by the same token, I will simply say my truth as I see it without engaging anyone in any debate. Take my piece for its worth and deal with it.

There is no more dangerous time than now to enter into the fray of Nigeria political debate on social media. However, the recent article by Mr. Festus Adedayo cannot and must not be ignored. We are about to enter the bloody Night of long knives with the Nigerian presidential contest looming large in the horizon. The Night of the Long Knives for those who might not know the origin, refers to the bloody purge of Nazi leaders by Adolf Hitler on June 30, 1934 as he sought to consolidate his demonic absolute power. Fearing that the paramilitary SA had become too powerful, Hitler ordered his elite SS guards to murder the organization’s leaders, including Ernst Röhm. and hundreds of other perceived opponents of Hitler. What a perfect analogy for what is happening in Yoruba land today.

In the same vein, Nigeria is about to enter into the “hold no hostage” fight to death presidential election period. Far and above and in fact arguably above all other ethnicities combined, the Yorubas are legendary for wielding the longest, most deeply cutting, fiery, hate-dripping, “bad-belle”, treachery-laden, self-defeatist, life-snuffing, sanctimonious double-edged knife, than any group. To worsen our misfortune, we Yoruba have a knack for targeting our best prospects for success, starting with Chief Awolowo, Jakande, MKO Abiola, and Bola Ige. So why will we expect the skunk to change its stinking way? Of course we are at it again, openly doing the dirty work for those who wish us no goodwill. We have hired the master grave diggers who are already hard at work ferocious digging the Yoruba political grave.

Our greatest fortune as an ethnic group is ironically also our greatest misfortune. We are blessed with great intellectuals who can spin the English Language better than the iconic DARWIN’S BARK SPIDER (CAEROSTRIS DARWINI) can spin the strongest and most elaborate spider web in the world.

Festus Adedayo belongs in that class. He writes some of the most beautiful prose that captivates and captures the attention of his large following on social media. But when one strips his article of the façade of Shakespearean penmanship, his article is nothing but a regurgitation of old allegations. Tinubu is a certificate forger or a rabid embellisher of CV. He is stupendous rich and is probably richer than Jeff Bezo. According to Festus Adedayo Tinubu owns half of Lagos, including one can surmise 50% of Dangote’s new refinery.

Finally, and as a clear insight into his mindset and motive, he attempts to turn what is arguably Tinubu’s greatest leadership asset, his ability to identify, groom and mentor great talents, against him. In Adedayo’s world the fact that some of Tinubu’s protege have turned against him disqualifies him from running for the presidency. If that was a disqualifying criterion for leadership, some of the globe’s greatest leaders would have failed the test. After all even Our Lord Jesus Christ, had His Judas Iscariot.

Since Mr. Adedayo has invested himself with the divine power of deciding who must or must not become Nigeria’s next president and he has decreed that Tinubu must not, one would have expected him to simply declare who his anointed Mother Theresa or the Holy See to occupy Aso Rock after Buhari. He has his picks from the Father Theresa of Yola, Atiku to his Eminence Peter Obi.

Yes, Tinubu has over the past twenty plus years been the object of accusations, backroom whispering, gossips and innuendos but here are the facts. On certificate forgery and CV embellishment, Tinubu was able to gain employment with one of the globe’s topmost corporations, Mobil. He was able to scale through INEC’s scrutiny in three previous elections as Senator and twice as governor. He was able to outsmart and outwit the unforgiving scrutiny of his nemesis’s agent of retribution, President Obasanjo’s EFCC which he deployed masterfully to castrate many of his opponents. Yet Tinubu took on OBJ frontally and survived unscathed. He alone of all the southwestern governors survived the onslaught of OBJ’s vast political and presidential machine.

Adedayo claimed that Tinubu deployed Shell companies and cronies to hide his ill-gotten wealth, yet Tinubu’s name has yet to appear on the numerous global expose of illegal shell companies such as the Pandora papers and others which has ensnared the likes of Peter Obi. This man Tinubu must be the greatest magician illusionist Houdini to ever walk the surface of the planet.

Like him or hate him, Tinubu stands alone in the Yoruba history book as the first and only Yoruba politician who for the first time took Yoruba out of its perennial oppositional politics into the mainframe of Nigerian politics. One can argue that without Tinubu’s masterful political chess game, Yoruba would not be on the verge of claiming the presidency on its terms for the first time since independence. Osinbajo will probably still be a pastor and a university professor without Tinubu.

Political pundits like to blame Tinubu for imposing Buhari on Nigeria without acknowledging the fact that Buhari was twice elected by a vast political coalition made up of his vast base in the north and pushed over the line by Yoruba votes. That has always been the winning political formula for the Nigerian presidency. That political calculus remains the only game in town. The only chance the Yoruba or any other ethnic group for that matter, have to win the presidency is the same coalition that propelled Buhari to Aso Rock. We need a tested political genius that has the best combination of the political structure (base), the political dexterity and the resources to cobble together the same winning coalition for the 2023 Nigerian presidential contest.

The murky Nigerian presidential contest is not for the rookie who is seeking to learn on the job. It is not a moral or principled contest for the papacy otherwise, we would have been talking today about late President Saint Awolowo, the best Nigerian president that never was. The Nigerian presidential contest is a messy, fierce, bloody, murky, muddy pig’s “dog eat dog” slug for the survival of the fittest and most rugged. It is not an intellectual contest lost or won on the basis of ideology, sainthood or political manifesto. Although we all wished it was, but we can either live in the world as it is or live in the unattainable sanctimonious utopia of the perfect. That world does not exist anywhere on the planet.

Those who are virulently and viscerally opposed to Tinubu had better woke up from their sanctimonious slumber and do Yoruba a favor by presenting a winning alternative. Osinbajo looks on paper like a saint with no blemish because his path to the vice presidency has been benevolently cleared for him without having to engage in the muddy Nigeria political brawl. He has yet to prove that he has the fortitude, the base, the political infrastructure, the resources and the political capital he can cash in, in the greatest contest in Nigeria, the presidential election. For heaven sakes the man hasn’t even declared his interest in the contest. Yet, Tinubu haters have already started measuring the Aso Rock curtains for his investiture.

Only a fool will send an untested foal into the Kentucky derby, the biggest, toughest and most competitive horse race on planet earth. Yoruba will be the worst fools on planet earth if we louse up this once in a lifetime opportunity to occupy in 2023 the most consequential real estate in Nigeria, Aso Rock. Given what has transpired in the last seven years of Buhari, the despondency, our fractious and divisive politics and the life and death existential fight between those seeking political restructuring and national disintegration, the 2023 Nigerian presidential election is likely to go down in the history book as the most consequential election since the country gained independence. The stakes couldn’t be higher for the country and the losers and the winners. It is a contest the Yorubas cannot afford to lose. The outcome is clearly in our hand and in the decision we take in the next few months. I am neither pro nor anti-Tinubu, but regrettably and against my detribalized, nationalist inclination, I have to be pro-Yoruba in the 2023 presidential election. Do I wish that Nigerian politics was detribalized? Yes of course. But one can choose to live in the illusory Utopia or face the reality as it is, while working towards the perfect. That is the choice before us. Our collective focus as an ethnic group is not to look for a saint to hire who will lose gallantly but to find the tested race horse that offers us the best chance of winning. Nothing is a guarantee in politics. When you start to see every horse in a horse race go after a particular horse, you know you are looking at the horse that is a mortal threat and everyone is gunning for his legs in order to cripple it. It is clear to even the most naive political neophyte that Tinubu is that horse that is a threat to every rider. Hence, the vitriols, the hate and anger been thrown at him. People are almost out of ammunition and have now resorted to throwing the kitchen sink at him. That exactly was what Adedayo did in his beautifully written, nothing burger article, against Tinubu. Yoruba Ronu.