Tinubu will be Law-abiding, Respect Our Diversity As Nigeria’s President — Ladoja

Tinubu will be Law-abiding, Respect Our Diversity As Nigeria’s President — Ladoja 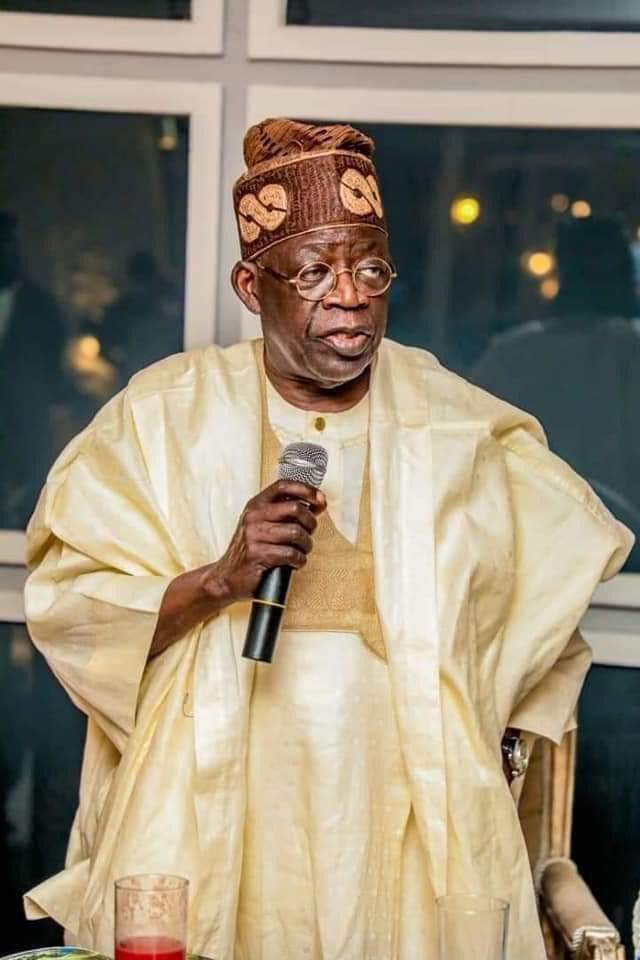 Rashidi Ladoja, governor of Oyo State between 2003 and 2007, has said that his very good brother and colleague in Lagos, Bola Tinubu, would preside over Nigeria better than it is if he is elected to govern Nigeria.

The Osi Olubadan, who made this known in an interview with Sunday Tribune, revealed that apart from being competent to rule Nigeria, “look at what he has turned Lagos to. But you are only looking at that one. What about another group, led by some Northerners, which is now saying it is Osinbajo that they want. Anybody can canvass for support, but we should look for who is the most competent to lead the country.

If it is coming to the South, all of us should be happy that it is coming to the South. Maybe we will be able to prevent what is happening in the North from happening in the South, i.e., it is not safe to go to any school in the North now because you don’t know when the terrorists will strike cart away the school children, asking for ransom. We have a lot of problems in the country and I am sure the problems in the North are worse than those in the South. Maybe here, we are not used to it here, but they are over there.

The only problem we are used to here is the farmer-herder conflict. Instead of the government addressing it as a major problem, it is not. We are risking another civil war because the danger signs are there. If the people of Benue and Akwa Ibom decide they have had enough and move to protect and defend themselves from attacks, what do you think will happen? They say those creating this problem are not from Nigeria, that they spread from The Gambia to Cameroon and they don’t have any territory that is recognised by the UN. This is why we are asking whether the Federal Government is not complicit on the issue.

Whereas, most of the time, the cement is even cheaper in Benin Republic than in Nigeria. So, who is fooling who? These are the things that create problems, which is why I said this is not the Nigeria of our choice; a situation where one citizen is treated better than the others. We are supposed to be treated equally by government.

People who are running about 2023, it is not clear what they are looking for. They said Bola Tinubu wants to be president; I told you that the vice-president, Yemi Osinbajo, is also being asked to join the race by people of the North.

Why should it be the people of the North that are running about for the vice-president? Do they see in him somebody they can use? He has not yet indicated he wants to run. Tinubu might not have indicated, but his contribution to the enthronement of the man there is known.

I remember at that time that people were shouting against Muslim-Muslim ticket. Maybe he would have been vice-president now. So, it should be expected that Bola will want to give it a shot.

But given his health, would you advise him to take such a risk?
Are you a doctor?

People have been going to London on political pilgrimage to him…
Did they come back to report to you that he is not fit? Let me tell you one thing. If Bola feels that his health is not good enough, he will not contest. I know that about him. He wants to give service. He feels he has contributions to make. His lot is not going to be bettered than it is already is. He can feed himself.

What will a Tinubu presidency give to Nigeria and Nigerians?

What did his governorship give to Lagos? He took Lagos from an IGR of less than N1b to what it is today and development also goes with it. He has also been able to streamline the role of the states vis a vis the Federal Government. Do you remember how many months he was denied allocation for local government councils in the states? The councils did not go under. He fought and won. Of course, he did not do it alone.

The current vice-president was his Attorney General who was able to fight through the courts to get the victory. So, we can understand that Tinubu will be a law-abiding citizen as president and that is where everything starts.

He will respect federal character which is what we are complaining about now. Why should all the instruments of coercion be in the hands of people from one ethnic group? I like to give the example of Hadiza Usman, ex-NPA Managing Director.

What is her background that qualifies her for such post? What has she done in her life? As far as I am concerned, she was just a PA to Nasir el-Rufai. Is el-Rufai himself qualified to run the NPA not to talk of his PA?

I am sorry I am going personal, but that is where the problem starts. The ports that are supposed to give us a lot of money, now we can’t even go there as the roads are not there, except for Dangote trucks that are going to load there.“