Tinubu’s networth, bullion van and other matters By Yekini Olugbenro 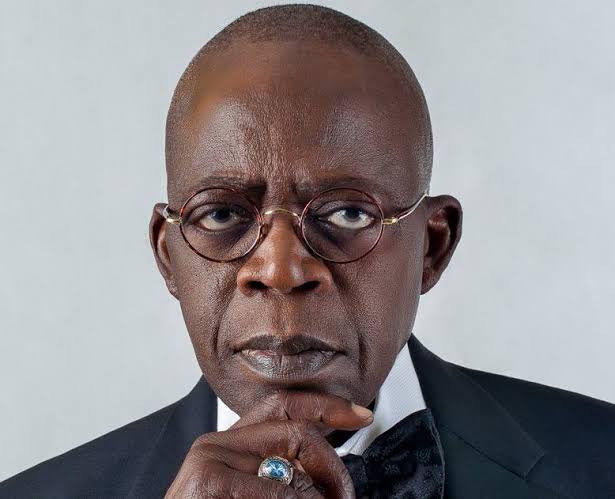 Each time Asiwaju Bola Ahmed Tinubu makes a move to advance his political interests, his traducers come out of hiding, red-eyed and begin to spin all sorts of outlandish tales by moonlight to deceive their gullible audience and cast a dent on the man’s personality.

That has been Asiwaju’s cross to carry since 1999 when he emerged as Lagos State Governor till date. In the last 20 years, no other politician has had to contend with barrage of relentless and caustic criticisms, largely borne out of unrestrained envy and sheer ignorance. And here is a man, who has been out of public office since 2007, yet looms large in the consciousness of his lovers and haters 14 good years down the line.

But like a duck that keeps shaking off the water poured on it, Asiwaju Tinubu has handled criticisms of his person and style with utmost equanimity. That has even riled his critics the more. Fact remains that this is no just an ordinary politician; he is a phenomenon by every definition of the word.

For the past couple of days, Asiwaju Tinubu’s declaration of intent to run for the nation’s number one seat has been the main topical issue on the lips of Nigerians, both in low and high places. And the critics are at it again, regurgitating old tales and lies, most of which had been subjected to the strictest official and legal scrutiny, but crashed like a pack of poorly arranged cards.

Let’s properly examine the two lies being bandied around and lay the facts bare. First, is the issue of his Asiwaju Tinubu’s net-worth. For the younger generation, who may not be familiar with Asiwaju Tinubu’s career and political trajectory, here are the facts.

The National Leader of the All Progressives Congress (APC) joined politics in the late 80’s as a rich man; not as “I never chop” hustler as we say in street lingo. His successful career at ExxonMobil is an open secret. Before joining Mobil, Asiwaju Tinubu had worked in world-renowned Accounting firms, which included Arthur Anderson, Deloitte, Haskins & Sells and GTE Services Corporation.

This is a man well grounded in financial investments and could not by any standard be described as a “poor man,” except those who have taken it as a career of sorts to keep levelling unsubstantiated allegations and digging mud to unearth Asiwaju Tinubu’s “dirt.” One thing is clear though: they will continue to reach a dead-end in their fruitless expedition.

As a member of the defunct Primose Group in Lagos State, Asiwaju Tinubu was a major financial pillar of the influential political group, which gave the dominant Jakande/Agbalajobi a run for its money in the battle for the control of Lagos politics in the early 90’s.

Fast forward to the mid-90s. In the battle for the restoration of the June 12 mandate of Chief MKO Abiola and subsequent formation of the National Democratic Coalition (NADECO), Asiwaju Tinubu again stepped up to the plate. He bankrolled the activities of the pro-democracy group for over five years, a fact that eminent statesmen, including Professor Wole Soyinka and Gen. Alani Akinrinade (rtd) have repeatedly stated at various public fora.

Out of office as governor since 2007, no law prevents Asiwaju Tinubu from leveraging on his brand name and contacts to engage in legitimate businesses. As a financial expert of many decades of experience, he understands the bolts and nuts of money and financial management. We are talking of a man who is a Management and Tax expert here. One that is still consulting for many governments in Africa on revenue matters. He was so successful with financial re-engineering of Lagos State such that the Federal Inland Revenue Service (FIRS) came to understudy and copied his template.

In advanced democracies like the United States,’ many former public officials become wealthy out of office by tapping into their rich reservoir of contacts to set up consulting firms that seal multi-million dollar deals for Wall Street and other multinational companies. Many former US public officials like Secretaries of State, Defence, Treasury etc set up consulting businesses that work for foreign governments. Former British Prime Minister, Tony Blair runs Tony Blair Associates (TBA) as a global consultancy providing services to governments and international organisations around the world. In the same vein, Madeliene Albright, former US Secretary of State, is the Chairman of Albright Stonebridge Group, a global advisory company she set up with her partners after leaving office. The firm advises multinationals, financial institutions, governments and non-profit organisations.

Asiwaju Tinubu has not been idle since he left office. Apart from his consultancy business and other commercial interests, he wrote: ‘Financialism: Water From Empty Well’, a book he co-authored with Brian Browne, a former US Senior Diplomat, who once served as Consul General of US Embassy in Nigeria. The ideas in the book are bold and unorthodox because the authors challenged contemporary global financial and economic convention and exposed how the financial system drains the economy.

Now to the issue of the ‘bullion van’ found in Asiwaju Tinubu’s Lagos residence on the eve of the 2019 Presidential Elections. It is quite unfortunate that many Nigerians have continued to display their ignorance with glee, particularly on matters they lack knowledge of and are at liberty to seek proper education.

Let us put the issue in proper context: is the presence of a bullion van in a private residence, particularly in a home belonging to a high profile/networth personality a crime? The answer is No! World over, rich individuals enjoy privileged banking which is also called “private banking” from their banks. That includes being provided premium banking services right in the comfort of their homes. It should also be stated that Mega churches use bullion van to move huge tithes and offering every Sunday. Many private businesses that generate huge daily cash use bullion van to move their cash to bank. There is a reason banks provide private banking service. There is also a reason why wealthy men and women like Aliko Dangote, Femi Otedola and Folorunsho Alakija can never be found in banking halls like ‘ordinary Nigerians.’

In this instance, the bullion van was seen in the premises of a high networth man, who also doubles as the National Leader of the ruling party and was the co-Chairman of his party’s National Campaign Council.

Elections require huge logistics, from mobilisation of thousands of party agents, movement of party officials for election monitoring, to mention but a few. As the co-Head of the APC Presidential Campaign Council in 2019, it was Asiwaju Tinubu’s duty to make sure everything work out as planned, a task he fully accomplished.

As the 2023 elections draws closer, only the naive still living in a world of illusion would expect that Asiwaju Tinubu’s critics would simmer down. That won’t happen for as long as the man his critics love to hate, but whom majority also love with passion, continue to dominate discussions and newspaper headlines as he marches steadily to the Presidential Villa as Nigeria’s next President and Commander-in-Chief come 2023.