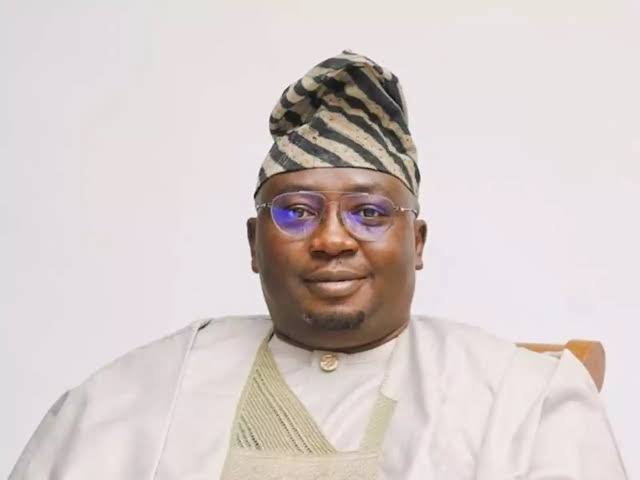 The Accord Governorship candidate in Oyo state, Chief Adebayo Adelabu has declared that his desire to lead the state is to properly reposition the pace setter state for greater development.

Adelabu made this known during a Town hall meeting organized by a radio station, Fresh Fm, Ibadan ahead of March 11 governorship Election.

The former Deputy Governor of the Central Bank stressed that Oyo state deserves to have a responsible and responsive leader who has the capacity and ability as well as financial experience to move the state from poverty to prosperity through people- oriented policy.

” I resigned my appointment as Deputy Governor of Central Bank because I believe I have the capacity to make a huge impact in governance. I had demonstrated these in both private and public sectors for over 27 years. We will position the state in such a way that there would be accelerated development in the state “.

“I want to assure you that every good policy of the immediate past Government under the administration of Late Governor Abiola Ajimobi will be sustained.This is important to put the state back to the right track and ensure rapid development in all sector across the state, “Adelabu said.

Stating his plans and road map to accelerated development, he said Health care system have suffered neglect due to the lip service paid to the sector.

The Accord Candidate explained that all General hospitals and primary health care centers in the State would wear new looks by giving adequate attention to welfare of staff and provisions of drugs.

“My administration will also work on refuse collection and reduce the bottle neck in the process towards ensuring clean environment and moving the state forward. “Adelabu said.