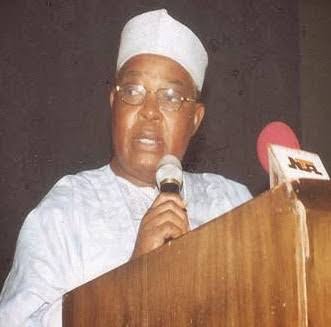 Former Lagos governor and All Progressives Congress National Leader, Asiwaju Bola Tinubu, has described the late Senate President, Dr. Joseph Wayas, who died in London on Thursday, as an important statesman and vibrant politician who served his country with total commitment.

He said his death at 80 represents the end of an era in the socio-political evolution of Nigeria, adding that the late former Senate President was until his death one of the few remaining notable politicians who played vital roles in the politics of Nigeria’s Second Republic.

In a condolence message released by his Media Office in Lagos, Asiwaju Tinubu, who is also a former Senator, noted that as a politician, Dr. Wayas was excellent, and as a patriot, he served the country brilliantly in and out of public office

He said: “The passing on Thursday of Dr. Joseph Wayas at 80 is the end of an era in the socio-political evolution of Nigeria, The late former Senate President was until his death one of the few remaining notable politicians who played important roles in the politics of the Second Republic.

“His wisdom, uncanny humour, deep knowledge and understanding of Nigeria would be missed by the younger generation.

“Dr. Wayas’ most outstanding contribution to national development, unity and progress of Nigeria was when he served as the Senate President from 1979-83. He led the National Assembly, that important institution and arm of government, with exemplary commitment.

“As a prominent statesman of his era, he worked across ethnic regional and political divides to foster national unity, cohesion and stability. Elected on the platform of the defunct National Party of Nigeria, his deft management of the National Assembly with a Speaker of the House of Representatives who was not of same political party with him in a government of national unity was a testament to his character as a unifier and high capacity in people management.

“Importantly, Senator Wayas also engaged in continuous service to the country and his Cross Rivers state long after public office. He enriched the political process by being such an active political player that he even aspired to the highest office in the land in 1999.

“I commiserate with his family, associates and friends. I commiserate with Governor Ben Ayade and the great people of Cross Rivers. My condolences must also go to members of the National Assembly and indeed the people of Nigeria on his demise. May God Almighty comfort all the people he left behind and accept his soul.”