Anti party activities by you, others led to APC’s loss in 2019, 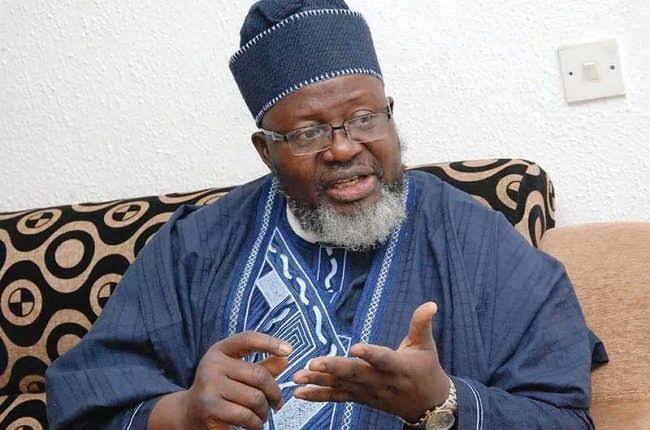 Former Minister of Communication,  Barrister Adebayo Shittu has been cautioned over his utterances on what led to the loss of the governorship and presidential election by the All Progressives Congress (APC) in 2019.

The caution was issued by the Senator AbiolaAjimobi Foundation (SAAF) while reacting to a statement credited to the former Minister that the loss of the 2019 election was due to the high handedness of the late former two term governor of Oyo State, Senator Abiola Ajimobi.

The Foundation noted that Barrister Shittu was trying to rewrite history to whitewash the activities of himself and others like him who undermined the APC in the build up to that election.

“ It is a known fact that Barrister Shittu worked for the opposition during the period in question and was adequately compensated by the present administration with the gift of a Prado jeep. He said this on air and the whole world heard him. How come he is now trying to shift blame on the former Governor who was and he’s still acknowledged till date to have taken the state to an unprecedented height in terms of infrastructural development”.

The Statement noted that the Foundation would not have joined issues with the Minister,  but felt the need to correct the erroneous statement of the Minister which could be accepted by the less discerning as the truth.

“ Rather than whip up a dead issue, the Minister ought to concentrate on more noble and edifying matters that would bring unity to APC. It is over two years  that Senator Ajimobi transited, what impact have Barrister Shittu and his likes made to bring peace to the  APC in Oyo State. Indeed, what leadership have they provided that would have prevented the present state of affairs in the party andfurther help the Senator Femi Lanlehin reconciliation committee to achieve lasting peace ? Most APC loyalists are unhappy and are desirous of true reconciliation . This is what we expect the former Minister to address. We expect the former Minister to focus on ensuring that peace returns to the Progressives fold rather than focusing on the past in which he played an ignoble role”, the Foundation  advised.

Previous Posts WITH A CHRISTIAN WIFE, TINUBU IS AN EXAMPLE OF HOW NIGERIA SHOULD BE | OSHIOMHOLE
Next Posts Folake Olunloyo- Oshinowo bags Ibadan chieftaincy title