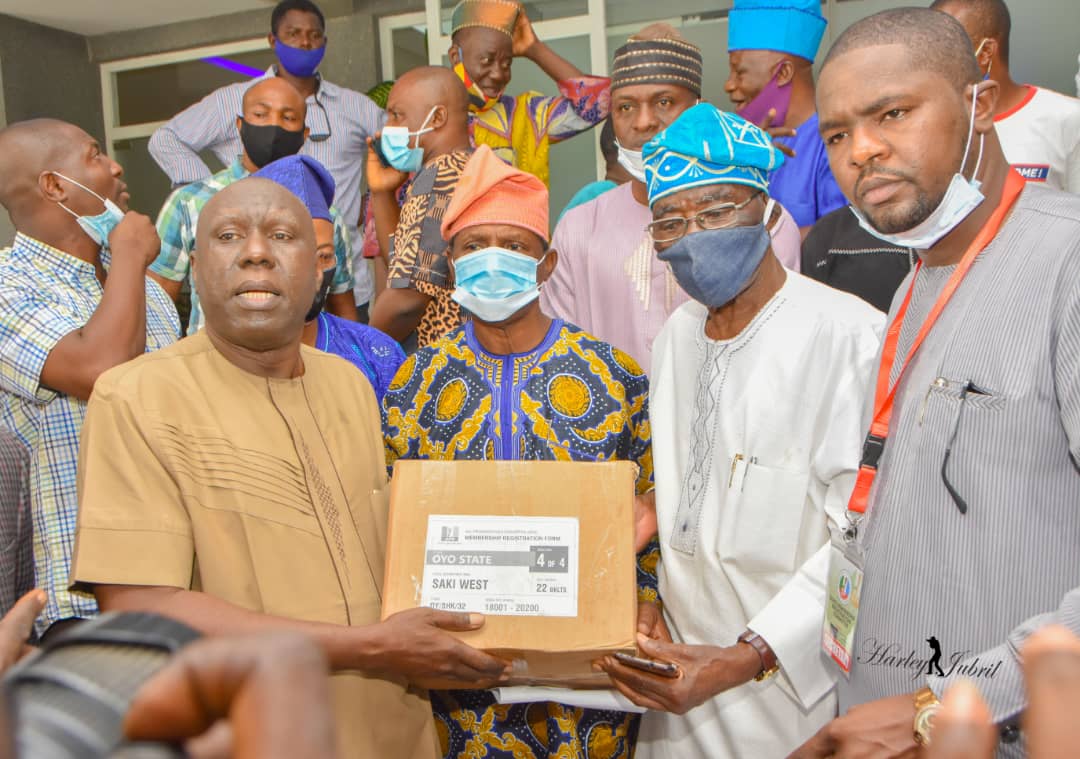 As the All Progressives Congress begins its orchestrated membership registration and revalidation exercise nationwide, a former gubernatorial aspirant of the Party in Oyo state, Dr. Olusola Ayandele, has called on all patriots to troop out en masse and participate to qualify as members of the broom party.

Ayandele, in a statement issued on Monday and made available to press men in Ibadan by his Personal Assistant, Comrade Sola Adeleke, described the registration and revalidation exercise as not only timely but essential in helping the Progressive party to prioritize its key objectives of aiding the cause of democracy in the country and making life better for the citizenry.

“This registration and revalidation exercise exercise is a unique testimony to the fact that the APC is the only party in Nigeria that is committed to planning and organization as it is obtained in the advanced societies across the globe.

It is only when a political party is organized that it would be able to offer its best to the people who are usually desirous of good governance and decent practices by political players.

“With the superb arrangement put in place by the leadership of our great party at the national and state levels coupled with the resolve of all gladiators to work together as members of the same progressive family, we have no doubt that the exercise would be a huge success in Oyo state.

“More importantly, we are using this opportunity to encourage all existing party faithful to troop out and revalidate their membership of the APC while we also call on members of the society who are 18 years of age and above to register as new members.

The exercise commences this Wednesday, February 10, 2021 and it will be on for two weeks across the Wards and Polling Units in the 33 local government areas of the state.

“Particularly, the people of Oyo South Senatorial district should lead the pack in the exercise for them to be able to correct the mistake of 2019. As the APC remains the best threshold to actualize the developmental desire of the masses Ibadan/Ibarapa axis as well as all other zones in the state, our people need to embrace the membership registration exercise of the APC and thus put the world note about their readiness to bring the Progressive party back to power in Oyo state in 2023.