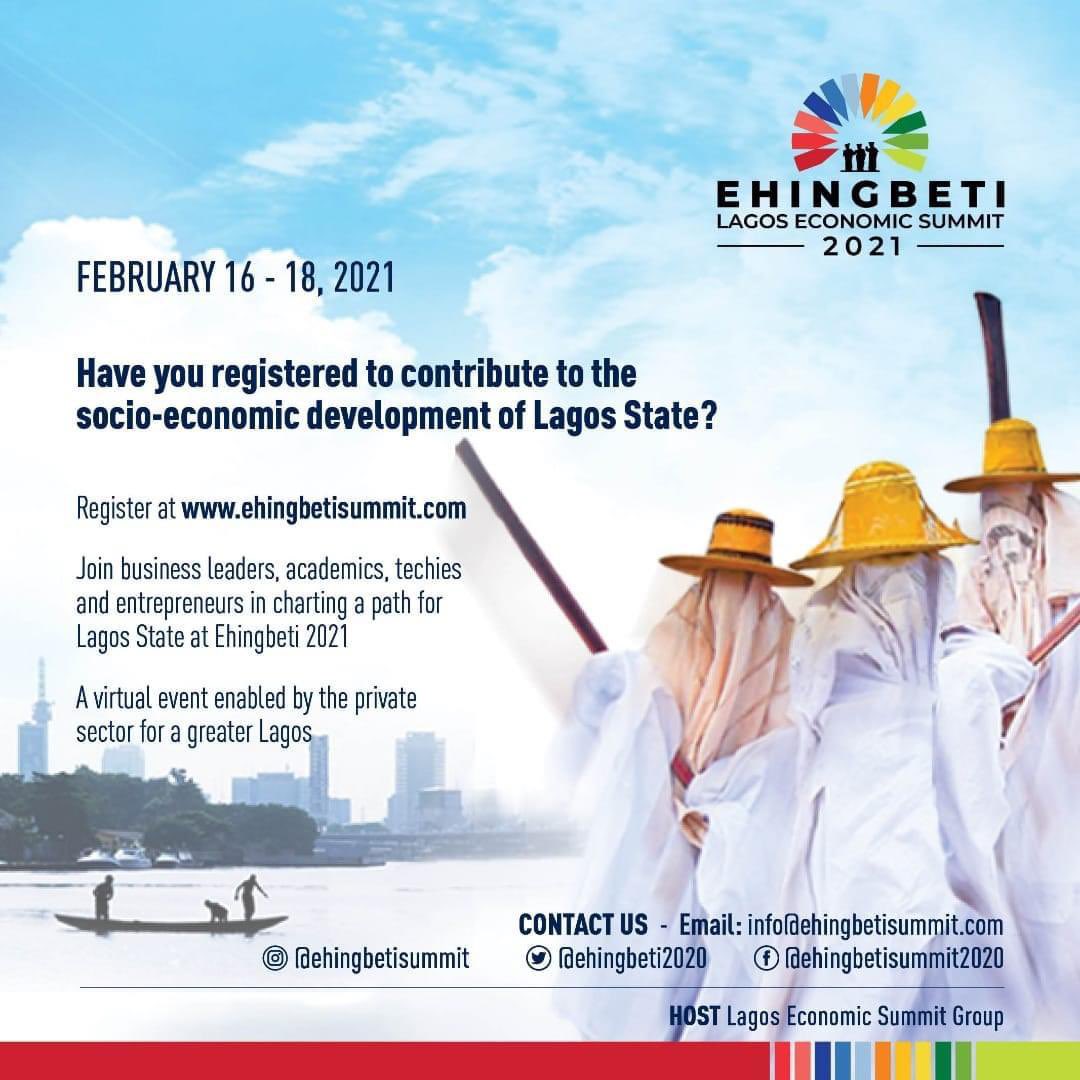 The Co-Chair of Ehingeti 2021, the Lagos Economic Summit, holding from February 16 to 18, 2021, Mr. Yemi Cardoso has said the summit will bring about a good policy environment and attract investment to the state.

He noted that excellent coordination of private-public relationship can signal stability to investors.

Speaking during an interactive session with journalist that held via a virtual platform, to discuss the significance and contributions of the private sector-led participatory forum, Cardoso said Ehingbeti is an ingenuous socio-economic apparatus that has contributed significantly to the development of Lagos State in the last 20 years.

“Ehingbeti is not a talk-shop where people gather to say nice things to themselves and depart. It is a platform for discussion of very serious issues about the socio-economic and infrastructural development of Lagos State. In fact, call it the planning board for gradual evolution of Lagos State into the desired shape and standard because deliberations at Ehingbeti feed into the Lagos Master Plan and implementations are monitored by multiple stakeholders”, he explained.

“As a participatory forum, Ehingbeti brings multiple stakeholders together to dialogue and listen to another. The dialogue results in understanding and consensus building. This an agreement to work together because of the shared vision established through the dialogue at Ehingbeti. At the end of these dialogues, communiqués would be issued and the parties begin to execute agreed programmes and monitor progress”, he added.

With the monitored implementation, the public sector acquires a new sense of operations and while the private sector feels secure with the accountability signaled by the process”, when mentioned that about 17 communiques, jointly agreed by both the private and public sectors were issued in the first or second edition of Ehingbeti.

Acknowledged as the first institutionalized economic forum by any state in Nigeria, Ehingbeti is a public-private sector roundtable that started as a collaborative effort between Lagos State Government and Business Club Ikeja.  Since the inaugural summit in 2000, the summit has gained useful insights from innumerable business and political leaders, renowned economists, notable development experts and outstanding scholars, who have participated from different parts of the world.

Ehingbeti is an ingenuous socio-economic apparatus that has contributed significantly to the evolution of Lagos State into a major economy in sub-Saharan Africa and an admirable megacity, with expanding potentials. The summit, hosted by successive governments in Lagos State since the beginning of the 4th republic, has consistently redefined the dynamics of public-private sector collaborations for development across social and economic indices in the Lagos State.