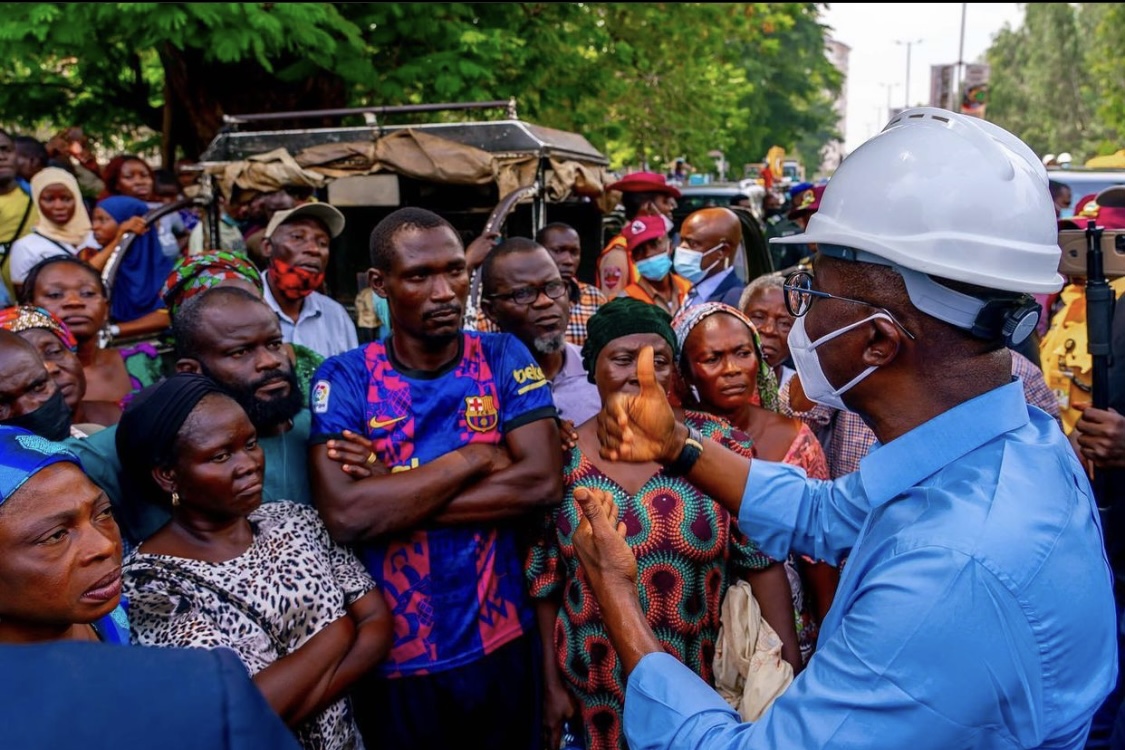 The six-man independent investigation team set up by Lagos State Governor, Mr. Babajide Sanwo-Olu, to probe the remote and immediate cause of the collapse of a 21-storey building in Ikoyi has 30 days to submit its report.

Sanwo-Olu, on Wednesday, named members of the probe panel at the scene of the incident, with the list comprising professional builder, town planner, structural engineer and legal practitioners – all from the private sector.

The panel’s terms of reference also include ascertaining whether there was a compromise of the building codes by the developer, his contractor and statutory regulatory agencies.

Sanwo-Olu was on an official visit to Rome in Italy for G-20 Summit when he learnt of the incident on Monday. The Governor cut short his trip and returned to Lagos on Tuesday to attend to the emergency.

Arriving at the scene, the Governor met with the victims’ family members, raising their hopes and showing compassion to calm them.

Describing the event as “a monumental disaster”, Sanwo-Olu hinted that mistakes must have been made in the process of developing the collapsed structure. The Governor promised a thorough inquiry into the matter, adding that the full wrath of the law would be brought on anyone found to have compromised.

The Governor charged the investigative team to explore all angles to determine the cause of the collapse.

Sanwo-Olu said: “We’ve promised to be open and thorough in investigating the cause of the collapse. In that regard, I have set up a high-powered professional investigative panel whose membership consists of professionals outside of the Government. The panel members have been given clear terms of reference and we are giving them 30-day assignment to tell us what has gone wrong at the site.

“The panel will be finding out who the culprits are. The investigation will start from the heads of regulatory agencies. Be rest assured that if there are other people that are found wanting in the course of investigation, everybody will face the full wrath of the law. Members of the panel are people of impeccable integrity and I will be signing an executive order to give the panel a legal backing.”

Sanwo-Olu maintained that it was difficult for the Government to know the exact number of people trapped, noting that none of the people linked to the housing project had come forward to offer information on the manifest.

As at Wednesday afternoon, the Governor put the figure of confirmed fatality to 21, while nine persons were evacuated alive from the rubbles.

“I express my deepest sympathy to the families of those that have been involved in this unfortunate incident. For the bodies recovered from the site, we are currently conducting systematic process of identifying them. Before the end of today or tomorrow, the process would have been completed and family members can come forward to identify them,” Sanwo-Olu said.

The State Government set up a medical base and information desk at the site of the building collapse, urging those whose family members were still missing to offer information on identity. There is also a website (www.lagosmind.org/help) and helpline number (09090006463) for the distress family.