Ehingbeti To Hold In February 2021 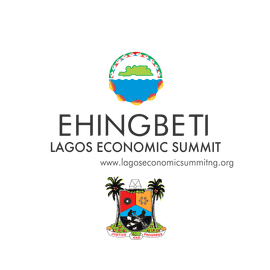 Ehingbeti, the private sector-centered economic transformation conference planned for the 1st quarter in 2021 after its postponement last November, will now hold from February 16-18, 2021.

The three-day summit, which will be a hybrid of virtual and live events, will draw participation from different sectors of the economy and across the globe.

As an ingenuous socio-economic apparatus with significant contributions to the evolution of Lagos State into a major economy in sub-Saharan Africa and an admirable megacity, this edition of Ehingbeti has yet another significant role in the wider Rebuild Lagos Agenda of the current government and its developmental campaigns.

Over the last two decades, successive governments in Lagos State since the beginning of the 4th republic, have hosted the summit to consistently redefine the dynamics of public-private sector collaborations for development across social and economic indices in the State.

“Deploying Ehingbeti as a recovery strategy from the shockwave of COVID-19 and as a socio-economic reinforcement tactic at this period in the history of our State is timely” said Sam Egube, the current Commissioner for Economic Planning and Budget, who is also a Co-chair of the Steering Committee, while explaining the role of Ehingbeti 2021 in the Rebuild Lagos Agenda.

“In the last two decades, Ehingbeti has played a pivotal role in the transformation of Lagos State, with useful inputs into the Lagos State Development Plans (LSDP)”.

“Our realities from 2000 when the first Ehingbeti held, exactly 21 years ago, have significantly changed. Now, we have to cater to the infrastructural needs of more than 22 million population and ensure that Lagos remains on the path of continuous growth”.

Other stakeholders present at the event aimed at restoring the destroyed infrastructure were members of the organized private sector, diplomatic corps and captains of industry including the Chairman of Dangote Group, who was represented by the Group’s Executive Director, Mansur Ahmed.

At the heart of Nigeria’s first state-institutionalized economic forum is the quest to strengthen existing relationship between government and the private sector since greater private sector participation in governance is a prerequisite for a functional state.  Ehingbeti is a public-private sector roundtable that started as a collaborative effort between Lagos State Government and Business Club Ikeja.

Since the inaugural summit in 2000, Lagos State has gained useful insights from contributions by innumerable business and political leaders, renowned economists, notable development experts and outstanding scholars, who have participated from different parts of the world inthe Lagos Economic Summit Group (LESG) events.

Previous Posts IF I CAN, SO CAN YOU | TAIWO ADELEYE
Next Posts Tegbe Felicitates With Alaafin On His 50th Coronation Anniversary