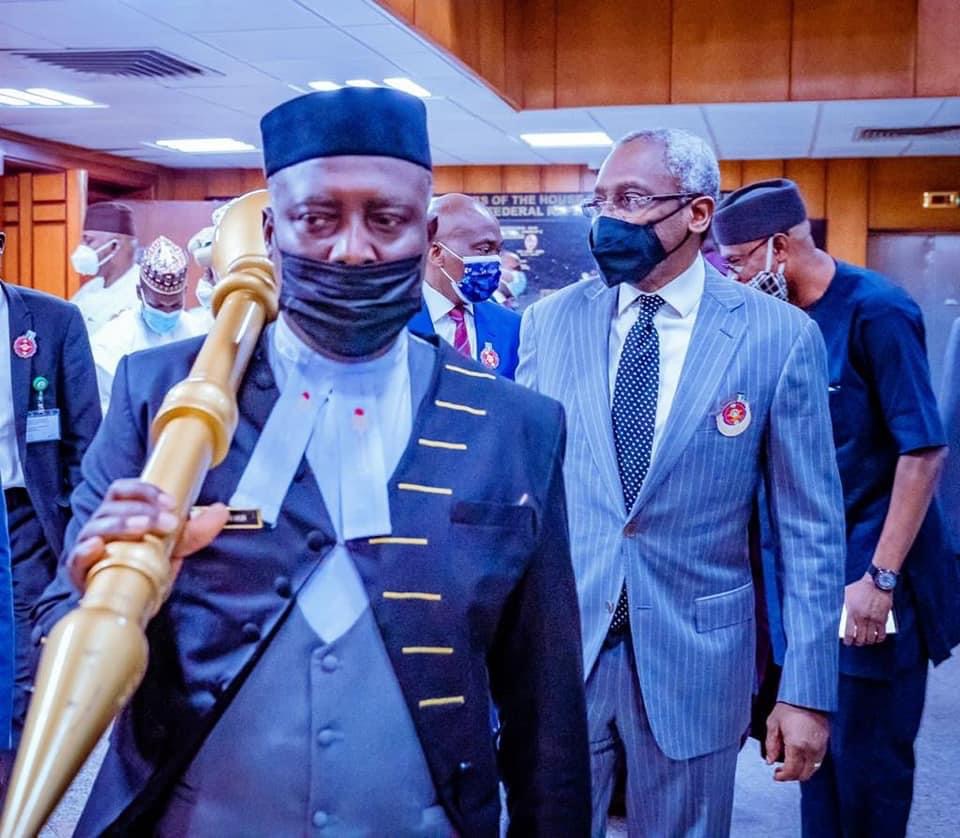 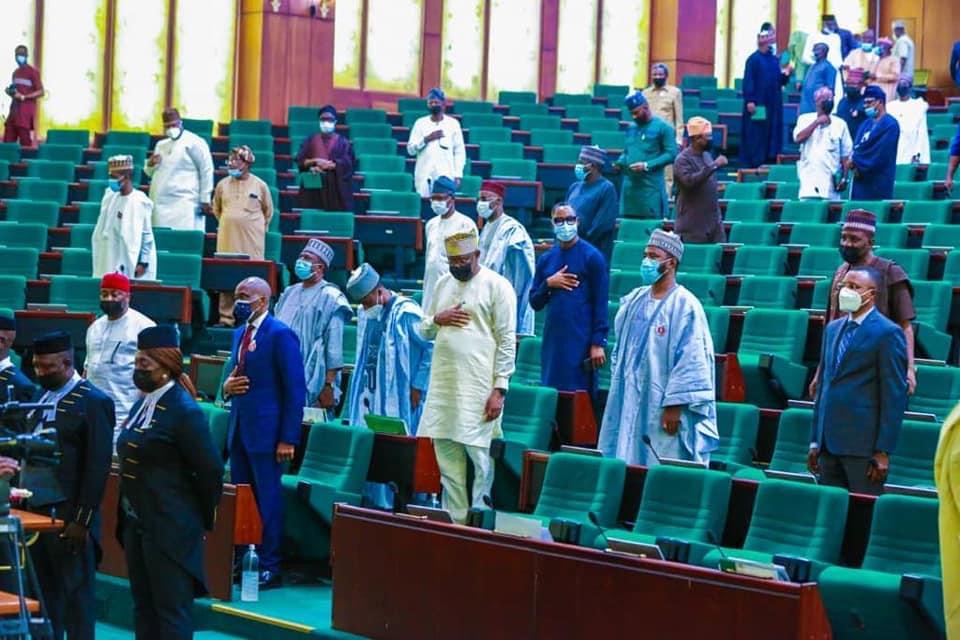 The House of Representatives will adequately address the refusal of President Muhammadu Buhari to assent to the Electoral Act (Repeal and Re-Enactment) Bill, 2021, in January next year.

The Speaker, Rep. Femi Gbajabiamila, made the disclosure in a speech to members on Tuesday to mark the adjournment of the House for the Christmas and New Year break.

Buhari had withheld this assent to the bill, citing the cost of conducting direct primary elections, security challenges and possible manipulation of electoral processes by political actors as reasons.

The President’s decision was contained in a letter he wrote to the legislature and was read to members on the floor in Abuja by the Speaker.

The Speaker said, “As it is now, that bill has not received presidential assent, and it falls to parliament to decide the best way forward. When we return in the new year, we will resume our efforts to reform the electoral system in our country. And we will do it together. 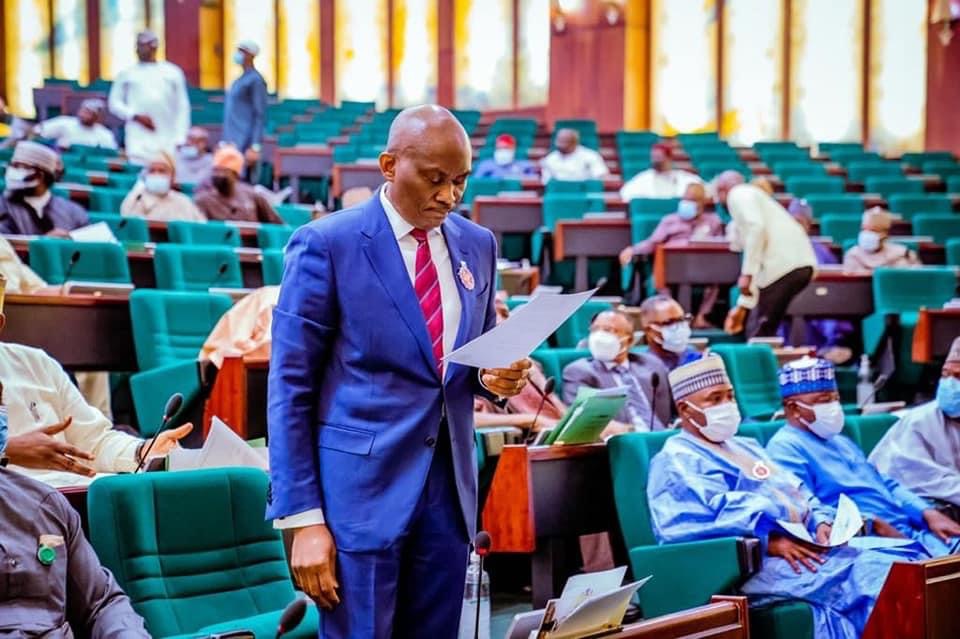 “That is what the Nigerian people expect of us, and we will do our duty for God and country. As long as this one breathes, it will survive. When we return, we will address it.”

Gbajabiamila explained to members that time was short to address the sensitive issue at hand in haste because members were set to proceed on break and they must pass other important bills such as the 2022 Appropriation Bill and the Finance Bill before doing so.

The speaker, who commended members for the efforts they made to ensure the passage of the bill, also recalled other reform initiatives by the House in 2021, including further interventions in the COVID-19 pandemic, proposals to tackle insecurity and enhancing the capacities of the Nigerian Customs Service and the Nigerian Security Civil Defence Corps to deliver on their mandate.

He said in 2022, the House would sustain its commitment to serve the nation, adding that unlike in the past, politics and preparations for the next elections would not distract members from their duty.

Gbajabiamila reminded lawmakers of the Legislative Agenda of the 9th House, which he said must be followed through to its conclusion.

He noted, “In the past, election years have witnessed a decline in governance activities as political pursuits cloud the calendar. That will not be the case this time around.

“As you are aware, we have a legislative agenda in this 9th House of Representatives, which we tagged ‘Our Contract with Nigerians’. I expect that we will do everything within our power to keep the commitments we made in that document. So that when we appear before our various constituencies, we can stand tall in the knowledge that despite challenges and difficulties, we did what we promised to do, and given a chance again, will do even more.”

Specifically, on COVID-19, Gbajabiamila said vaccination was the way to go, else the country faced the risk of being denied access to participation in cross-national engagements in the in-coming year.

The Speaker recalled that evidently, the virus would not go away soon, a reason the House foresaw the future in 2020 by introducing the infectious diseases bill, which was later marred by controversies.

He stated, “At that time, our good faith efforts were willfully mischaracterised by individuals who saw the moment as an opportunity to score cheap political points. Today, the whole world is grappling with the issues we sought to identify and address then.

“There are many lessons to be learned from that experience. Most paramount of them all, is that public policy is serious business and the welfare of the Nigerian people must never be surrendered on the altar of cheap populism or the pursuit of short term political advantage.”

Gbajabiamila disclosed the plan of the legislature to consider the merging of many Ministries, Departments and Agencies of the Federal Government with overlapping functions, to help address the increasing inadequacy of budgeting as well as scrapping the envelope system.

The speaker paid glowing tributes to the personnel of Nigerian security agencies and other Nigerians working in very difficult situations to keep Nigeria safe and together at the risk of sacrificing their own lives.

“I honour their service and sacrifice, and I ask you to join me in doing the same. I also celebrate all Nigerians who, despite challenges, still believe in the promise of Nigeria. And who acting in that belief, continue investing in Nigeria and innovating here.

” I want to assure you that you have the gratitude of the 9th House, and more importantly, our support in every way required.”

The House thereafter passed the 2022 budget of N17. 126trillion before lawmakers adjourned for the Christmas and New Year break.