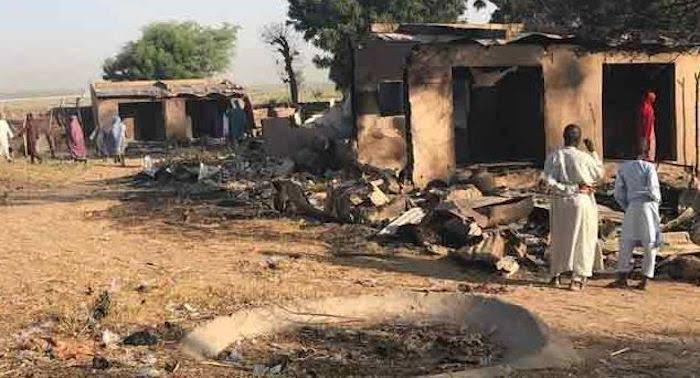 A former gubernatorial aspirant of the All Progressives Congress (APC) in Oyo state, Dr. Olusola Ayandele, has condemned, in strong terms, what he described as siege on Ibarapaland by some criminal elements which has culminated in the killing, maiming and kidnapping of many residents and indigenes of the area in recent times.

The Ibarapa axis of Oyo state has constantly been in the news recently over cases of unprovoked attacks by rampaging herdsmen, armed attackers and other unknown criminals who kidnap, kill and maim innocent people in many parts of the geopolitical zone especially Igangan, Idere, Tapa, Igbo-Ora and Ayete communities.

In a statement issued on Wednesday and made available to newsmen by his Personal Assistant (media), Comrade Sola Adeleke, Dr. Ayandele lamented the incessant loss of lives and property owing largely to the ineptitude of the administration of Governor Seyi Makinde who he called upon to act swiftly to restore peace and security in the state particularly Ibarapa and Oke-Ogun axis.

“At the moment, nowhere is safe in the whole of Oyo state. Ibadan, the state capital is seriously bleeding as a result of hoodlum attacks on the citizenry while Ibarapaland, Oke-Ogun and Ogbomoso residents live under the fear of gunmen most of whom are identified as Fulani herdsmen who unleash terror on innocent people at will while they kidnap, kill and rob their hapless victims in the process.

“Within a space of one month, some notable indigenes of Ibarapaland have lost their lives in the hands of these devilish attackers. Early last month for example, Dr. Abdulafatai Aborode was murdered in cold blood by unknown gunmen suspected to be herdsmen in Igangan and as people were battling with the shock of his brutal assassination, tragedy struck again in the neighbouring Idere community when some satanic elements attacked a filling station where they killed two young men and the owner of the fuel station, Alhaja Serifat Adisa.

“Hardly would a week pass by without at least a case of unwarranted killing or kidnapping of innocent persons in Ibarapaland in addition to the many cases of destruction of farmland and private property by Fulani herdsmen.

Most people in all the towns and villages across the zone can no longer practice farming again as a result of fear of dreaded attacks in the hands of herdsmen.
“As we speak, we do not know who is being made a victim and who is next. And to make it worse, nobody is sure of an immediate end to the ugly situation since the state government is doing little or nothing to guarantee the safety of the people in their fatherland.

It on this note that we are appealing to the relevant authorities particularly Gov. Makinde and all the heads of security agencies to be alive to their responsibility and restore normalcy to the area without any delay.

“In conclusion; while we use this medium to sympathize with all the victims of previous attacks and pray God Almighty to grant them reprieve in all forms, we also call on traditional rulers, political leaders, religious heads and other eminent people of Ibarapaland to work together with a view to arresting the trend and ensuring that the whole of Ibarapaland is aafe.” Ayandele concluded.