As Nigerians continue to express concerns over growing insecurity in parts of the country, the lawmaker representing Oyo North Senatorial district in the National Assembly, Senator AbdulFatai Buhari, has charged residents of Oyo state and every other part of the country to work together with government security agencies and other stakeholders to guarantee improved security, peace and harmony. 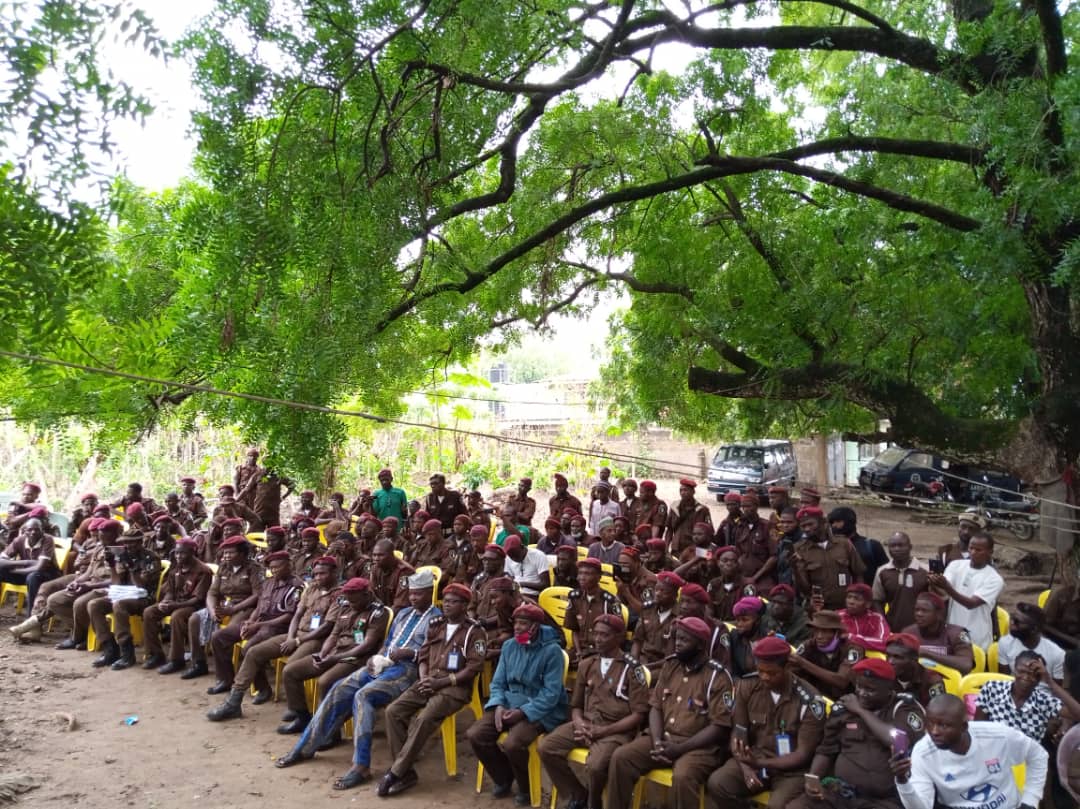 Oke-Ogun axis which covers 10 out of the 13 local government councils in Oyo North as well as Ibarapa axis in Oyo South had been in the news in recent times over reported cases of deadly attacks on residents by gunmen and arsonists suspected to be Fulani herdsmen. The latest incident being the one recorded last weekend at Igangan in Ibarapa North local government where many lives and property estimated to be in millions were lost to midnight attacks carried out by bandits.

In his bid to forestall any recurrence of such dastardly attacks and restore nolmacy to the security architecture in the state, Sen. Buhari visited the Durbar, Oyo residence of the founder and National President of Vigilante Group of Nigeria (VGN), Comrade Sunday Olajide, yesterday to seek better cooperation of the leadership of the group in the area of collaboration with other stakeholders to keep the society safe from the threat of bandits and other criminal elements.

Speaking at the meeting, Sen. Buhari who is the Chairman, Senate Committee on Land Transport decried the security situation in the country which he blamed on some unpatriotic individuals who seek to profit from dastardly acts without minding the consequences of their nefarious actions. His words; “There is no reasonable and patriotic citizen of Nigeria who would be happy with the current situation in the society particularly as it concerns security of lives and property.

“And since those responsible for the spate of banditry, abduction, arson, ritual killings among other heinous crimes are no ghosts but few evil-possessed people who live in our midst, we need to look more inward for possible solutions. As it now appears that our security apparatuses have been overwhelmed, there is an urgent need for Organizations like the VGN to collaborate with other stakeholders and work together with the security agencies to safe the situation.

“It is in the realization of the need for partnership and encouragement that I have come here today to seek an audience with you. We have seen what your members have done in the past to stem the tide of security challenges especially in the Oke-Ogun axis of the state but we want you to redouble your efforts and use all the resources available at your disposal to rescue the situation.

“As your representative in the Senate, I would work out the necessary arrangements with all the security agencies with a view to securing the required legal backing and support from the Police, Army, DSS, NSCDC and others. Also, we will do our best to provide material and moral support for your members who would go out there to work together with others in the task of securing the society.” Sen. Buhari stated.

In his reaction, Comrade Olajide expressed his gratitude to the lawmaker who he described as a worthy leader and friend of the masses. According to him, Sen. Buhari had always come to identify with his group and this explained why it was easy to mobilize two representatives each from all the local government areas and local council development areas in the state to have an interface with him at a short notice.

“VGN is a non partisan, non governmental and non tribal/ ethnic organisation which was duly registered to provide ancillary security services in the whole of Nigeria. Despite numerous challenges that we face, we are always ready to do our best even as we are not particularly happy about the current level of insecurity in the society. Meanwhile, we are using this medium to assure our people that we would do more to help the police and other security agencies to fight crimes and restore peace and tranquility in the land.” He said.

The highlight of the meeting was the handing over of two brand new motorcycles and cash to the leadership of the group by Sen. Buhari who also promised to engage them on the need to secure more support from other quarters to enable the group discharge the task expected of it without much hindrances.