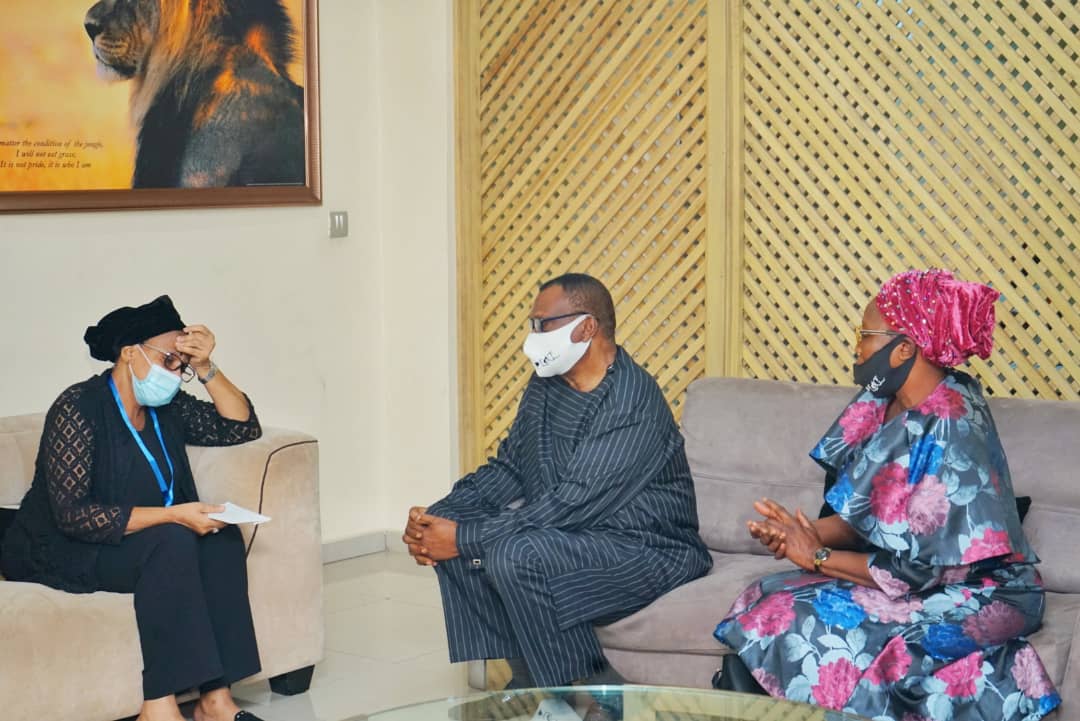 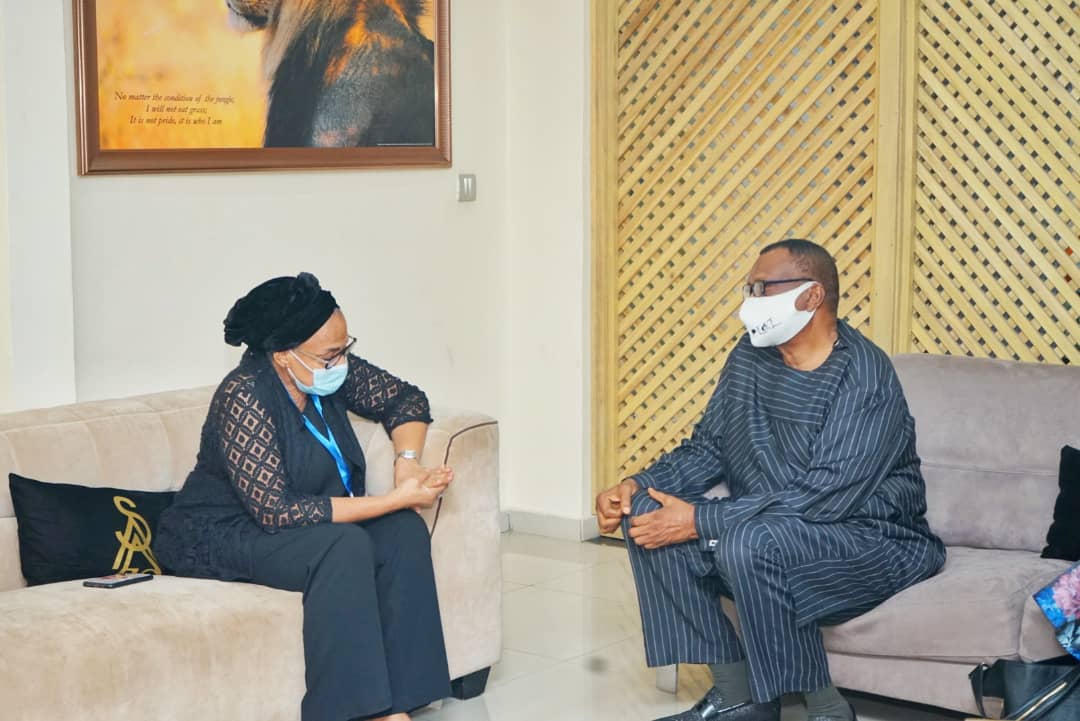 Speaking during a condolence visit to Dr (Mrs) Florence Ajimobi on Monday, Prophet Abiara who also delivered a letter of condolence to the widow said he received the news of the demise of Senator Abiola Ajimobi with deep sorrow.

Abiara described the late former Governor as someone that left indelible marks in the annals of government of Oyo State which will remain ever green in the hearts and minds of both his followers, admirers and his foes alike. “He was a man of humility, kind hearted, forthright, honest and principled as a Governor”.

“I will always remember him for standing by me and the Church through thick and thin especially when my wife, prophetess Christiana Abiara translated”.
The CAN President described Senator Ajimobi’s death as, “a painful loss but with heart of thanksgiving”.

Rev Ayokunle said the former Governor, in his lifetime, transformed the landscape of Oyo State in his eight (8) years of leadership especially in the areas of roads construction. “He would also be remembered for allowing religious’ bodies to peacefully co – exist in the State”, he said.

The CAN President extolled the accommodating nature of the former Governor further; ‘though a muslim, he gave the Christian body in the State the opportunity of contributing to the progress of Oyo State, most especially by permitting the Christian women in the State to organise regular prayers and allowing it to be covered live by both the radio and television arms of the Broadcasting Corporation of Oyo State (BC0S)

“He did not only allow Christmas carol to be organised by the State every year and covered live, he equally attended himself. He thus made the event an opportunity to be in touch in large number with the Christian community of the State. Though, he was not an angel, just like all of us, he did his best for the people of Oyo State, ensuring that peace reigned throughout his two terms tenure”.

Senator Abubakar Bagudu, the Kebbi State Governor and his wife, Dr Zainab Bagudu in a condolence letter signed by the two of them also expressed deep condolences to the widow of the former Deputy National Chairman of APC and his family. “In moments like this, we recall times we shared that put smiles on our faces and deeds that have uplifted the lives of other people. The life of our Brother… was full of such moments and his infections smiles will remain in our hearts forever. ‘His permanent departure has no doubt created a big vacuum which only Allah will help to fill”.